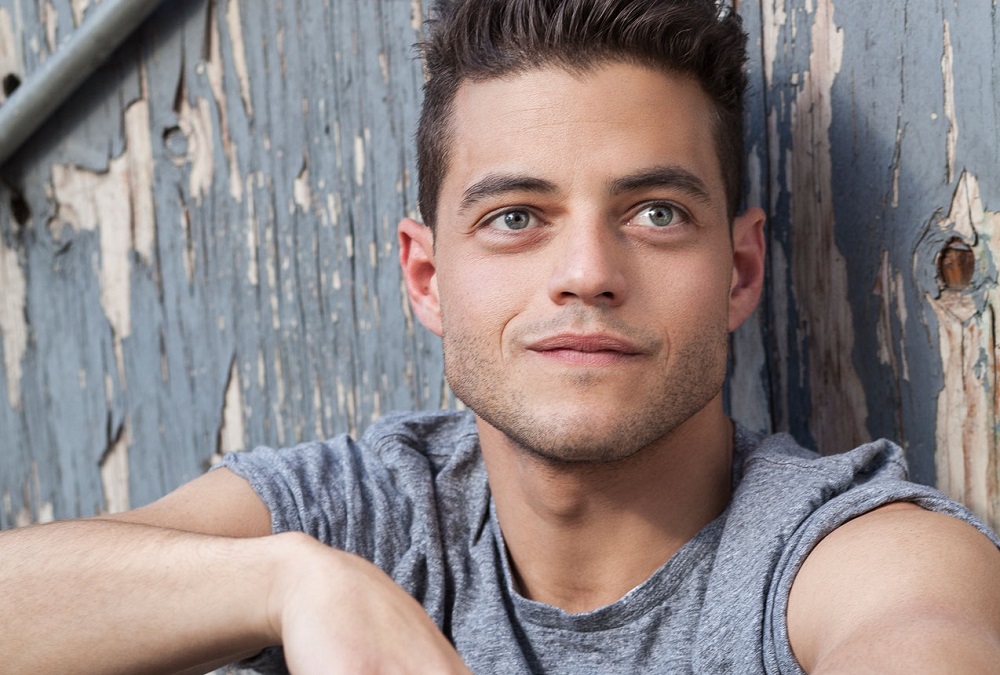 Getting a Freddie Mercury biopic to the big screen has been a decades-long struggle with Sacha Baron Cohen orginally slated to play the Queen frontman, but Mr. Robot’s Rami Malek took on the music icon in a memorable performance.

While the film won’t satisfy purists of Mercury or Queen (I am one of them who met Freddie when I was very young). Malek is the one shining light in this film. He takes on Mercury with a vengeance and truly does him justice. It’s a shame that Bryan Singer‘s script (written by Anthony McCarten) suffers and isn’t worthy of a subject like Freddie Mercury. This one feels like a Lifetime sanitized version of Queen and Mercury’s life, and not the passion project it would have been in a different director’s hands. Freddie’s life was complex, but Singer doesn’t bother to delve deep enough.

I wish that a much better writer could have captured both him and Queen better. It would have been worth it to wait another year or so longer with a great script. Biopics don’t fare well on the big screen, and this is a life that deserved the Netflix mini-series treatment over what it’s given instead.

Rami Malek says he identified with the immigrant side of Freddie Mercury while tackling the role of the legendary Queen frontman.

The first-generation American spoke about his starring role at the New York premiere of “Bohemian Rhapsody” on Tuesday. The “Mr. Robot” star connected with Mercury’s outsider passion for success.

“I set out to be an actor some, I don’t know, over a decade ago. I think something was possibly burning inside the both of us. We had aspirations to live our dream. And I’m getting a chance to do that right now in this very moment,” Malek said.

“At first it was pure shock,” he says about being offered the role. “As an actor, I don’t think there’s ever this law of depreciating excitement when things like this happen in your career, especially when you are being asked to play Freddie Mercury.

“So it’s a moment that halts you in your tracks, and it is at once euphoric and thrilling and then there’s a hit of the magnitude and of the weight you have to take on with this legendary man who lives in the hearts of so many people and is revered as being one of the most talented artists of any generation.

He adds: “You can imagine the immense weight of that. Now there’s also some ambitious part of me that gets wildly excited and starts thinking about how to begin to inhabit this unique and magnificent creature.”

While many aspects defined Mercury, including being one of the best vocalists to front a rock band, his flamboyant presence and a penchant for taking chances, Malek felt like he had to dig deeper to find the beating heart of the Tanzania-born Mercury, who arrived in London at 18.

“In some way he became the Freddie Mercury superstar that overcame every obstacle imaginable to be the guy that we all know can command the stage, and hold us in the palm of his hand like no other,” Malek said. “My family is from Egypt. I’m a first-generation American. And somehow I thought there were strings that I could tether together with him.”

“I went to Abbey Road to record everything, which was such an unforgettable moment for me,” Malek continues. “It is one of the world’s most famous recording studios, and it’s full of photographs of the legends that have recorded there. It’s incredibly inspiring.

“On my last day, when we got to go back and do a little more recording, I had a chance to play a little bit on the piano that The Beatles used, and it was unforgettable. This film has run the gamut of emotions for me, but the highs have been higher than any you could hope for.”

One of the most daunting moments for Malek was undoubtedly when he had to play two Queen legends the tape of his own Mercury impression.
“Sharing what I got to record with Brian May and Roger Taylor was quite a moment,” he admits. “I thought they had seen it before we met and half way through our conversation I realized they hadn’t.

“And so I had to watch myself, interpreting Freddie for the first time standing between two of the people who know him better than anyone. You can imagine how intimidating that was. What I knew immediately was ‘I can move like that. I can get that down.’ That was where I tried to pull all of my confidence from.

He continues: “Roger was characteristically cool and reserved, and Brian, who I had noticed had been eyeing me up and down, came out with such a compliment that I was quite moved by. I had put all of myself into preparing for this and trying to do this person justice that getting that acceptance from them was inspiring and propelling.”

The actor made sure he listened to Queen’s back catalogue to understand what made the frontman tick. He says: “I began to look through the songs that Freddie wrote and look for the themes that underlined every track, so that through the songs I could understand the man.

“Without a doubt it’s love; the search and desperate need to find love and how that has escaped him. Here’s a man who throughout his life was constantly searching for love. Another theme is identity. I tried to build from the ground up, so I looked at his childhood. Here’s a boy who was born in Zanzibar and shipped off to St. Peter’s boarding school in Bombay at a very young age. He returns home to Zanzibar and there’s a revolution going on and his family is forced to seek refuge, almost, in England.”

Malek’s performance has more than impressed fans; it has impressed members of the band too. Current Queen lead singer Adam Lambert even feels the resemblance between the two is uncanny.

“I love the heart that he brings to the role, the sensitivity. I love that the music of this band affects people in a way. And I know it firsthand, you know, being on tour with them for the past six years,” Lambert said.

“You play one of these hit songs and just watching the audience light up and go through all their nostalgia and all of their memories that they’ve shared over this piece of music and they knew every word and they’re laughing and they’re crying and they’re dancing. That’s what you want, it really unites people. So I think the film is going to have that power as well,” Lambert said.

And Malek has also captivated guitarist Brian May, who says the actor’s performance, “suspends disbelief.”

“You believe he’s Freddie,” May said.

Mike Myers, known for head-banging to “Bohemian Rhapsody” in his own film “Wayne’s World,” has an ironic cameo playing a record executive who tries to tell the band nobody will play the song on the radio.

“I spent so hard fighting to get ‘Bohemian Rhapsody’ into ‘Wayne’s World’ that I thought there was unbelievable irony, and such a crazy honor,” Myers said. 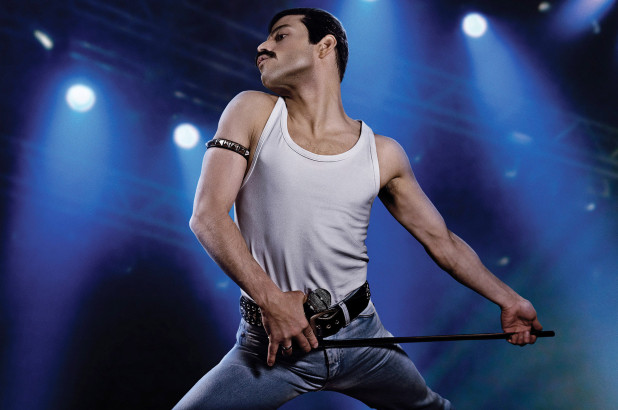 The film’s focus on Mercury’s relationship with Mary Austin (Lucy Boynton) has cause grumblings with some fans accusing the film of “bi erasure,” and Malek is very understanding of this.

“I totally understand” the criticism, says Rami Malek, who has earned raves for his spot-on portrayal of Mercury. Had “Bohemian” been a miniseries, he adds, there would have been more time to explore the rock icon’s sexuality. (The movie ends with Queen’s 1985 Live Aid performance – the same year the singer started dating Hutton, who was with Mercury until his death in 1991 at age 45.)

“Mary meant the world to Freddie and surprisingly few people are aware of the impact she had on his life,” says Malek. “They will be when they see the film. Freddie referred to Mary as the love of his life and he wrote the song Love of My Life for her.

“She was his confidante for so much of his life. She understood him in a way that no one else could or would.

“They were in a relationship for six years and were tethered together till the end of his life. He referred to her as his common-law wife, and the person he trusted the most. Without Mary, I don’t think we would have had the Freddie Mercury we know today.”’

“He had a beautiful relationship with Jim Hutton, and we had a finite period in which we wanted to tell this story,” Malek says. “Believe me: There were conversations left and right about how to incorporate more of that story into this film. It was something I pushed for, to be quite honest, as much as possible and repeatedly brought to the attention of producers and directors and everyone who would listen.

“Freddie Mercury is a gay icon, and he’s an icon for all of us,” Malek adds. “I hope people do not feel that the film does a disservice to the community, and if it were me, I would’ve loved to have incorporated more.”