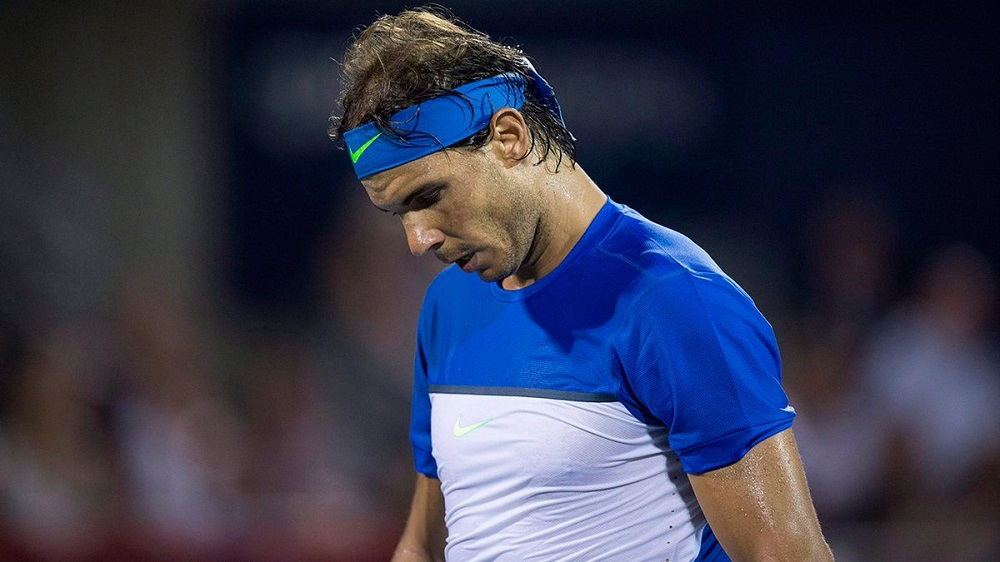 Rafael Nadal, currently ranked No. 6 in the world, announced on Thursday that his 2016 ATP tennis season is over. Nadal made the announcement via his verified Facebook page. The reason for the abrupt end to his season is his wrist injury, one that he suggests did not fully heal before he entered into the 2016 Rio Olympics.

“It is no secret that I arrived to the Olympic Games short of preparation and not fully recovered,” Nadal wrote, “but the goal was to compete and win a medal for Spain. This forced recovery has caused me pain since then and now I am forced to stop and start preparing the 2017 season.”

Nadal pulled doubled duty at the Rio Olympics, winning the gold medal in the doubles event and playing the maximum number of matches in the singles event too. However, in the latter tournament he did not win a medal as he finished fourth following late-round losses to Juan Martin del Potro and Kei Nishikori. The Spaniard has made few on-court headlines after Rio except for a fourth-round loss at the 2016 US Open to Lucas Pouille, a match that went to a 5th-set tiebreaker.

Most recently, Nadal lost to Viktor Troicki at the 2016 Shanghai Masters, a result that’s pretty solid evidence that he has in fact been injured. Troicki is a player that Nadal has otherwise dominated over the courses of their careers.

The former World No. 1 mentioned two upcoming events that he will miss over the next few weeks: “I am very saddened for not being able to play next week in Basel since I have a great memory of the tournament and the final played against Roger Federer last year. I won’t be able to compete either in Paris-Bercy…Now it is time to rest and start preparing intensively the 2017 season.”

Paris-Bercy is the setting for the Paris Masters, the final 1000-level event of the season. Nadal did not mention the ATP World Tour Finals as a missed event. However, it was a tournament that he was likely to qualify for.

Nadal ending his season a little early has the effect of lightening the competition to make it into the London event. Players that have already clinched a spot are Novak Djokovic, Andy Murray, Stan Wawrinka, Milos Raonic, and Kei Nishikori. Gael Monfils is likely to make the tournament while Nadal sits 7th on year-to-date ranking points.

With the Spaniard no longer in contention Dominic Thiem has a better chance of debuting at the event. Furthermore, Tomas Berdych, who currently sits on the bubble, has a better chance of qualifying of well. Additionally, both David Goffin and Marin Cilic both have improved chances. Lastly, Roberto Bautista-Agut, following the developments in recent days that have seen two higher-ranked players end their season (Nick Kyrgios is suspended), injected some hope into his efforts to qualify by making the Shanghai final.

For a return date with Nadal, there are small events ahead of the 2017 Australian Open. However, the Aussie is the tournament that he won’t want to miss. That event starts on January 16th, 2017 which is the latest that I would expect the Spaniard back.