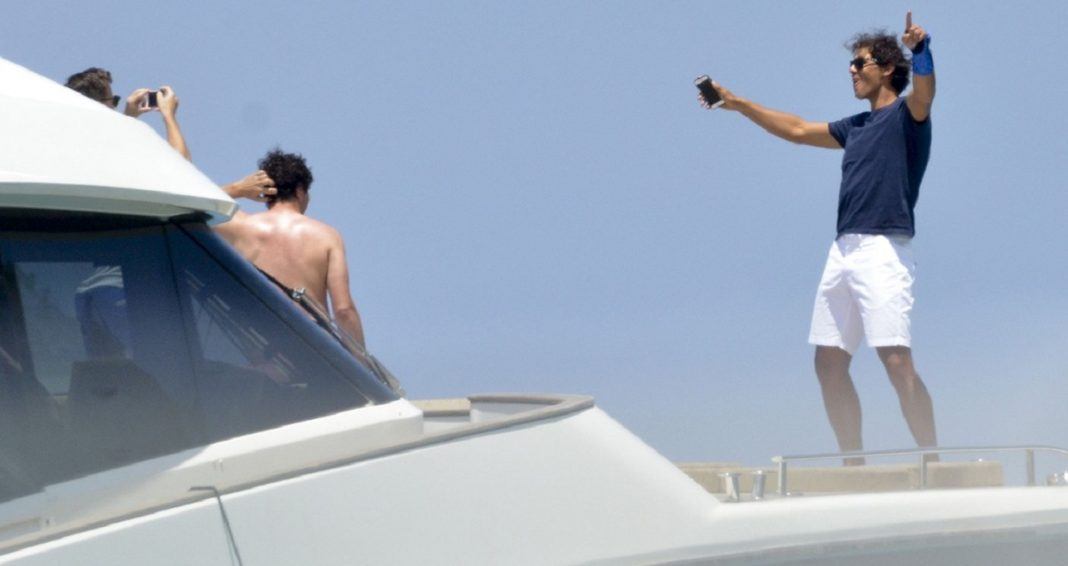 Rafael Nadal isn’t going to let a Wimbledon loss to Roger Federer get him down, so he has added another very impressive toy to his list.

That’s rights, Rafa has bought himself another luxury yacht, but he’s being smart and unloading the last one that he’s obviously outgrown.

The sea-loving tennis champion is used to life offshore. When he’s not racking up titles on the ATP tour, Nadal likes to climb aboard million-dollar vessels, go on vacation, and live on the sea.

He has frequently spoken of his love for seafood, paella, and shrimp dumplings, and he likely enjoys all those things when he is living his best life away from the clay, grass, and hard courts of tennis and spending his downtime at sea.

“I love the sea,” he said in marketing material published by Sunreef Yachts, adding, “As someone from an island as I am, the sea is part of our lives.”

He said that “every time I am at home in Mallorca I try to go out and find that time where I can just enjoy my time on a boat.”

According to the marketing material, Nadal has splashed the cash on a custom 80-foot Sunreef Power catamaran.

“We are very excited to have one of the greatest tennis players of all time on board with us,” said Francis Lapp, the founder and president of Sunreef Yachts. “Mr. Nadal’s personality, skills and strength are an inspiration to us.”

Take a look at Nadal’s new toy, which looks to be built and delivered by 2020. What will Rafa do while he had to wait?

Rafael Nadal went deep into the 2019 Wimbledon. However, his tournament came to a premature end when he was beaten by Roger Federer in the semi-finals. Toni Nadal, who was sitting in the stands and watching him play, saw an error in his nephew’s game and tried to coach him through it, breaking one of tennis’s most controversial rules in the process.

Rafael Nadal’s former mentor and uncle, Toni Nadal, admitted of helping him with on-court coaching during his Wimbledon semi-final against Roger Federer.

“I asked him (Nadal) why he did not change his return position as both Francis Roig and I were telling him that during the match,” Toni said. (via Essentially Sports)

“He (Nadal) told me he had not seen it, he did not understand us and if he did he would have definitely done it.”

Toni Nadal went on further to state that the Spaniard eventually caught his mistake while watching the Wimbledon final between Novak Djokovic and Roger Federer.

“I watched the final with him and I told him to look at where Djokovic was returning. He was much closer to the baseline than he did in the semi-finals,” he said.

“Nadal admitted I was right and he was wrong in returning all the time from very behind.”

Nadal lost the semi-final to Federer, who then lost the final to Novak Djokovic. The Serbian claimed a win after a closely-fought tie.