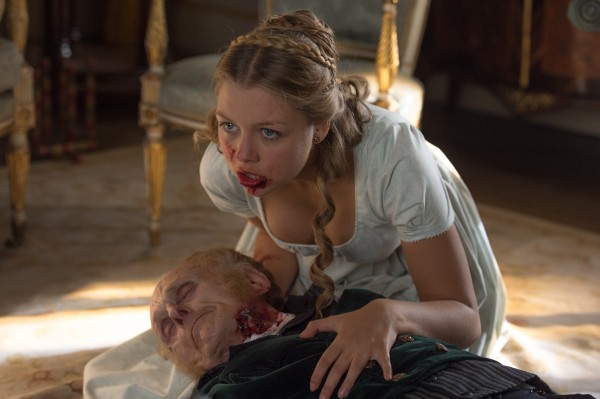 When you think of Jane Austen most likely Zombies isn’t in the realm of what naturally comes to mind. However, in the upcoming film Pride and Prejudice and Zombies that is exactly what audiences are given as the classic tale is given a whole new spin.

The film is adapted from the book of the same title, which was written by Seth Grahame-Smith. Seth credits Austen as a co-writer for the story that combines the classic 1813 novel Pride and Prejudice with modern-day zombie fiction. While writing the story, Seth confessed that he felt that Austen’s story already had the perfect set-up for such a twist. He explained, “You have this fiercely independent heroine, you have this dashing heroic gentleman, you have a militia camped out for seemingly no reason whatsoever nearby, and people are always walking here and there and taking carriage rides here and there…It was just ripe for gore and senseless violence. From my perspective anyways.”

With hits like iZombie and The Walking Dead, it is clear that viewers and Hollywood agree that zombies can be a perfect addition to a story. Thus, it is not all too surprising that Seth’s unique novel has now been adapted into a feature film.

Pride and Prejudice and Zombies is classified as a horror-comedy that centers on none other than feisty heroine Elizabeth Bennet, master of martial arts and weaponry. Unfortunately in this adaptation, a mysterious plague has infected much of 19th century England, leaving the land to be overrun with zombies. This leads Elizabeth and Mr. Darcy to overcome their personal pride and social prejudices, in order to come together and fight against the undead creatures that surround them.

Actress Lily James plays Elizabeth in the film. Lily is known for her role as Lady Rose Aldridge in the highly successful show Downtown Abbey. In addition, she was just recently seen in the starring role of 2015’s live-action Cinderella. English actor Sam Riley stars alongside Lily as her love interest Mr. Darcy. Sam is best known for his role in the biopic Control, in which he played Ian Curtis, the lead singer of late-1970s English post-punk band “Joy Division.” In addition, model and actress Suki Waterhouse, who has been repeatedly romantically linked to A-list actor Bradley Cooper, also stars in the zombie flick.

Recently, the studios released the “Bloody Good” trailer for the film. Despite having very similar sets and attire to that in previous Pride and Prejudice adaptations, this movie definitely sets itself apart as Elizabeth states, “I have been training for this my whole life,” while loading her gun and gearing up for battle. Under all of the hosiery and corsets, the women are all seen preparing their various weapons, as England becomes invested with zombies. 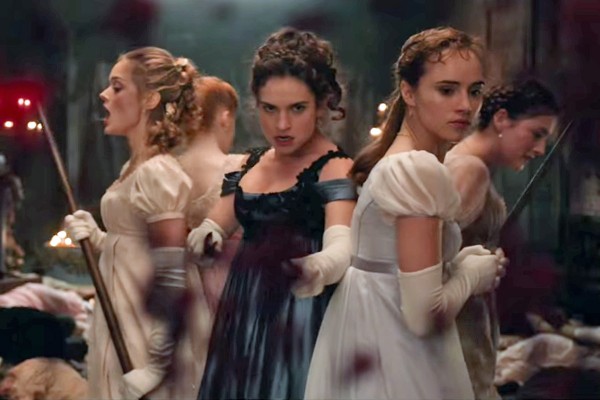 The trailer incorporates a lot of the comedic flare that the film boasts. Elizabeth’s father notes, “my daughters are trained for battle and…not the kitchen” – Evidently a refreshing perspective coming from a 19th-century “period piece.”

The trailer showcases the women of the film to be the real warriors. Their impressive skills are further emphasized by the fact that they are donning elaborate gowns and most likely heels while thoroughly kicking some zombie ass.

It is definitely a departure from Cinderella for Lily, as she is no longer waiting for a man to save her from her stepmother with a glass slipper. In Pride and Prejudice and Zombies, Lily and the other female cast mates are truly the epitome of girl power, as they take their survival into their own hands.

The film reads similar to the 2012 thriller Abraham Lincoln Vampire Hunter, which jokingly told the true story of Lincoln’s life as a badass Vampire Hunter. However, this time, the women of the movie get a chance to shine.

Moreover, you can catch all of the Zombie killing action in Pride and Prejudice and Zombies when it hits theaters on February 5. Reviews aren’t so hot for the film as it’s now received a 41% on Rotten Tomatoes after the main media release, but you can see for yourself if you agree or disagree with those critics.