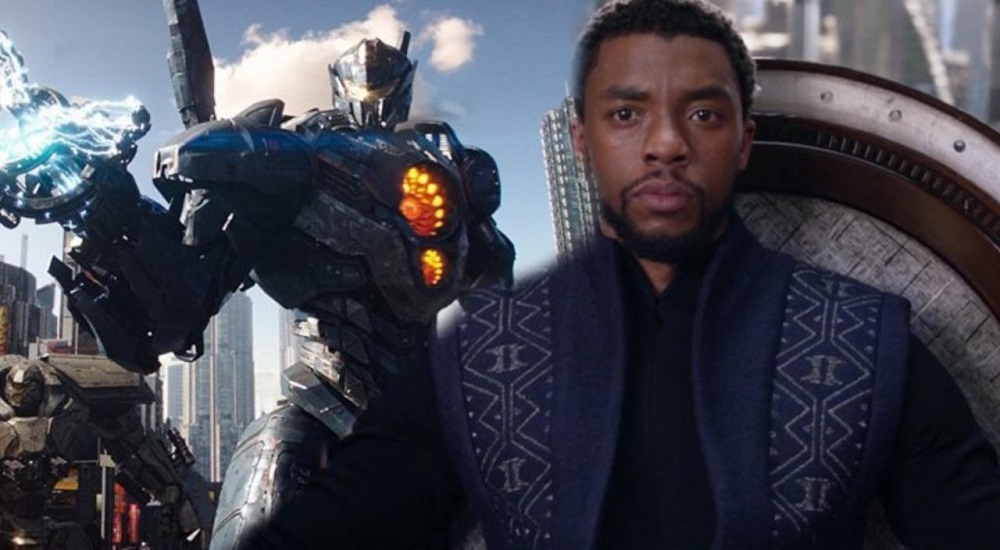 All it took was giant robots fighting off giant monsters to finally dethrone Marvel‘s “Black Panther” from its five-week box office reign, but “Pacific Rim: Uprising” was able to do just that.

It took six weeks but “Black Panther” has finally been unseated as the top film at the North American box office. The monsters vs. robots science-fiction sequel “Pacific Rim: Uprising” dethroned the superhero sensation with $28 million in ticket sales over the weekend, according to studio estimates Sunday.

But the result for “Pacific Rim: Uprising,” a Universal Pictures-Legendary Entertainment release that cost $150 million to make, was soft — at least domestically. Like the recently released “Tomb Raider,” its biggest business was in China. “Pacific Rim: Uprising” debuted there with $65 million for Legendary, which the Chinese conglomerate Wanda Group acquired in 2016.

And even though “Black Panther” slid to second place with $16.7 million in its sixth weekend, Ryan Coogler’s film notched another box-office milestone. It’s now the highest-grossing superhero film ever in North America, not accounting for inflation. The film’s $631 million in domestic ticket sales has surpassed the $623 million of 2012′s “The Avengers.” ″Black Panther” also becomes the fifth highest grossing film of all-time, rising above “Star Wars: The Last Jedi.”

Yet the record-breaking hit of “Black Panther” has been followed by a string of lackluster performers, including “Tomb Raider,” ″A Wrinkle in Time” and “Red Sparrow.” ″Pacific Rim: Uprising” may have taken down the champ, but a blockbuster heir to “Black Panther” is yet to be found. Next weekend, Steven Spielberg will try with his big-budget virtual-reality spectacle “Ready Player One.”

Hollywood has essentially already squandered the early lead “Black Panther” gave it. Despite the firepower of “Black Panther,” the year is running 2.6 percent behind 2017 at U.S and Canada theaters, according to comScore. This weekend was down 36.5 percent from last year when “Beauty and the Beast” was in its second week and the surprisingly successful “Power Rangers” debuted.

“One movie isn’t enough to support a whole marketplace,” said Paul Dergarabedian, senior media analyst for comScore. “We need a real shot in the arm here. ‘Pacific Rim,’ that’s a fine opening. But we need bigger numbers to be put up.”

“Pacific Rim: Uprising” could point to better results abroad, where it grossed $122.5 million over the weekend. The July 2013 original, directed by Guillermo del Toro, was likewise conceived as an East-West hybrid tailored after classic kaiju movies, the Japanese giant monster genre. It launched with $37.3 million domestically and $45 million in China.

The $411 million worldwide haul for del Toro’s film was enough to prompt a sequel, even if enthusiasm for a second installment was considerably higher in Asia. Steven S. DeKnight co-wrote and directed “Uprising,” which critics largely slammed. It scored a 46 percent fresh rating on Rotten Tomatoes.

“The domestic market was a very important part of it and we really came in above any reasonable expectations,” said Jim Orr, domestic distribution chief for Universal. “This was always engineered to be a worldwide event film.”

MGM and Paramount Pictures’ animated family sequel “Sherlock Gnomes” disappointed with a $10.6 million debut. Forecasts had been higher for the sequel to “Gnomeo & Juliet,” which grossed $194 million worldwide in 2011.

The results were also modest for Steven Soderbergh’s “Unsane,” a psychological thriller starring Claire Foy (“The Crown”) that the director shot with iPhones. The Bleecker Street-Fingerprint Releasing film opened with $3.9 million in 2,023 theaters. Though both were inexpensively made, neither of Soderbergh’s first two films following his brief retirement from Hollywood has made much of a dent at the box office. Last year’s “Logan Lucky,” starring Channing Tatum, tapped out at $27.8 million domestically.

But there were also bright spots. The Christian drama “I Can Only Imagine” held especially strongly in its second weekend. The Lionsgate-Roadside Attractions release grossed $13.8 million, bringing its two-week total to $38.5 million. “I Can Only Imagine” has emerged as the clear faith-based film of choice ahead of Easter, likely to the detriment of “Paul: Apostle of Christ,” which took in $5 million this weekend for Sony’s Affirm Films.

And in limited release, Wes Anderson’s stop-motion animated “Isle of Dogs” got off to a healthy start with $1.6 million in 27 theaters. Fox Searchlight, coming off its best-picture win at the Academy Awards for “The Shape of Water,” carefully selected the opening-weekend theaters to cater to Anderson’s die-hard fans.

“We just wanted to be out there to give his audience an opportunity to find the film,” said Frank Rodriguez, distribution head for Searchlight.

Anderson is coming off the biggest box-office hit of his career. “The Grand Budapest Hotel” grossed $175 million worldwide in 2014. “Isle of Dogs,” about a Japanese island of misfit canines in a future dystopia, has been received with nearly equal fanfare. Critics gave it a 93 percent fresh Rotten Tomatoes score; audiences gave it an “A″ CinemaScore and Searchlight noted its opening-weekend audience was more than 60 percent under the age of 30. But it has also ssparked questions of cultural appropriation.

“I don’t know how that’s going to affect most of the audience,” said Rodriguez. “We know that audiences want to see it. We can hope that people make their own decisions and hopefully look at the film as an homage to a great culture and great filmmakers. It’s pretty much Wes.”

The surprise faith-based hit “I Can Only Imagine,” starring Dennis Quaid, continued to draw audiences in its second week, making $13.8 million. The Roadside Attractions film has now made $38 million, far surpassing its $7 million production budget. And another low-budget faith-based movie, Sony’s “Paul, Apostle of Christ,” opened to a respectable $5 million, continuing a recent formula of success for Christian movies. 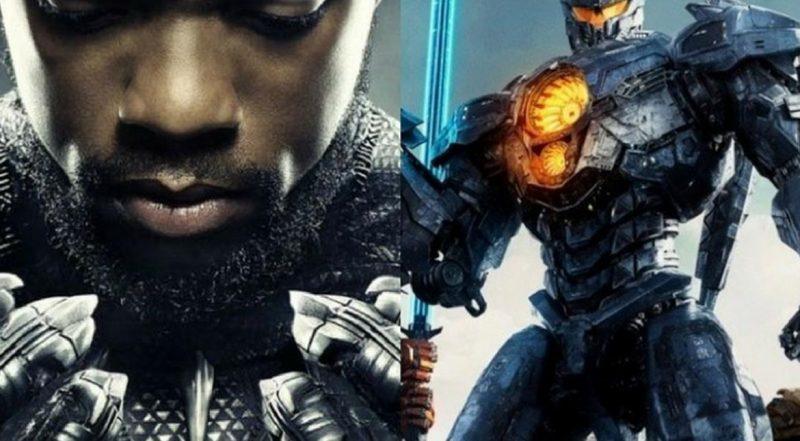