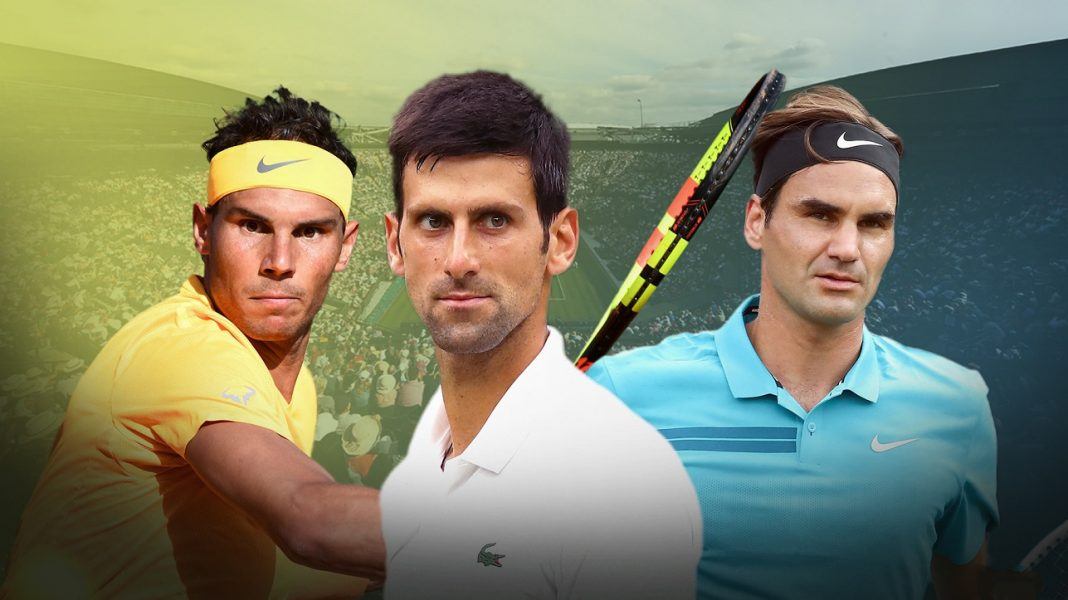 Wimbledon is nearly here which means we are about halfway through the season, and, of course, Novak Djokovic, Roger Federer and Rafael Nadal enter as the top three seeds. This comes as no surprise as all three men have played like there is no tomorrow.

Eight-time champion Roger Federer was seeded No. 2 for Wimbledon, one spot ahead of Rafael Nadal, reversing their positions in the ATP rankings and creating a debate about whether the All England Club’s seeding system should be changed.

Top-ranked Novak Djokovic, the defending champion, was seeded No. 1 on Wednesday at the grass-court Grand Slam tournament, where recent results on the surface are used to help determine seedings. The other majors do not do that.

Nadal told a Spanish TV station that he doesn’t think it makes sense that Wimbledon is the only tournament that uses its own seeding system. Former U.S. Davis Cup captain Patrick McEnroe and former player and coach Brad Gilbert tweeted that they thought Nadal should have been seeded No. 2.

The ATP’s top 32 men are seeded at Wimbledon, but the order is based on a formula that gives players additional credit for ranking points earned at tournaments played on grass over the preceding two years. That allowed Federer, who won his 10th title at Halle, Germany, last week, to jump ahead of Nadal, who potentially could have to beat both Djokovic and Federer to win what would be his third championship at Wimbledon.

Nadal is coming off his record 12th title at the French Open, which is played on clay, and he did not enter any sort of tuneup event on grass this year. He rarely does.

While Nadal did reach the Wimbledon final in five consecutive appearances in the tournament from 2006-11, he had not been so successful of late until a run to the semifinals last year. From 2012-17, Nadal never made it past the fourth round at the All England Club, including one exit in the first round and a pair in the second.

This year’s women’s seedings at the All England Club strictly follow the WTA rankings, so French Open champion Ash Barty is at No. 1.

Naomi Osaka is No. 2, followed by Karolina Pliskova.

Seven-time Wimbledon champion Serena Williams is seeded 11th, the same place she holds in this week’s rankings. A year ago, early in her return to the tour after having a baby, Williams was ranked just 183rd but seeded 25th.

She wound up reaching the final before losing to champion Angelique Kerber.

Men to watch at Wimbledon which starts Monday:

Aces: 26-match Grand Slam winning streak ended with semifinal loss to Dominic Thiem at French Open. … Champion or runner-up in five of past eight years at Wimbledon. … This is his sixth time seeded No. 1. … 5-1 vs. top-10 opponents in 2019.

Topspin: So, yes, it turns out he can lose a major match. Still, Djokovic’s form over the past 12 months casts him as the favorite at the All England Club.

Topspin: No reason to think he couldn’t get to a 12th Wimbledon final, in part because can’t face Djokovic until the title match. Finally returning to the clay circuit might have given Federer just the right amount of preparation.

Aces: Reached the final in five consecutive appearances, including two titles, from 2006-11. But is only 13-6 in past six trips to Wimbledon, with four of those losses coming against opponents ranked 100th or worse.

Topspin: Sure looked good while winning record 12th championship in Paris and narrowing gap between himself and Federer for most major trophies won by a man. Can he regain his footing on grass?

Aces: Only 5-5 for his career at the All England Club. … Split with his longtime coach Gunter Bresnik to team up with 2004 Olympic gold medalist Nicolas Massu ahead of the clay circuit.

Topspin: Has proven he is as close to a No. 2 player on clay as there is, losing to Rafael Nadal in each of the past two French Open finals. Now he needs to translate that success to other surfaces.

Aces: Leads tour in match wins in 2019. … Run to second week in 2018 bodes well for him this year and in the future at Wimbledon.

Topspin: His ability to get to the net and volley should make him a threat at the All England Club.

Topspin: A foot injury kept him out of the French Open, so unclear how fit he’ll be at the All England Club, where he’d never been past the third round in 9 previous appearances.

Aces: Working with Wayne Ferreira for coaching during the grass-court season. … Last man to become a first-time major champion, five years ago.

Topspin: With his serve and big-stage success, should be able to make a deep run if he is feeling healthy.