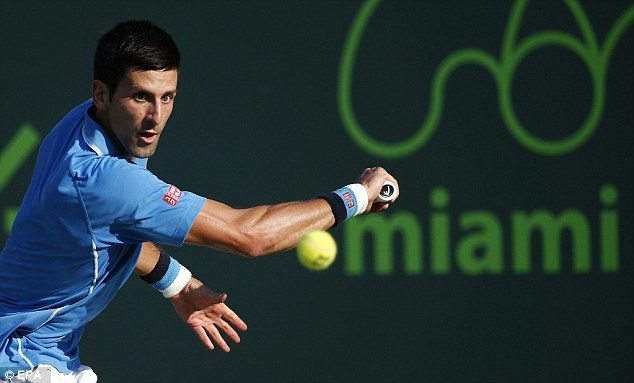 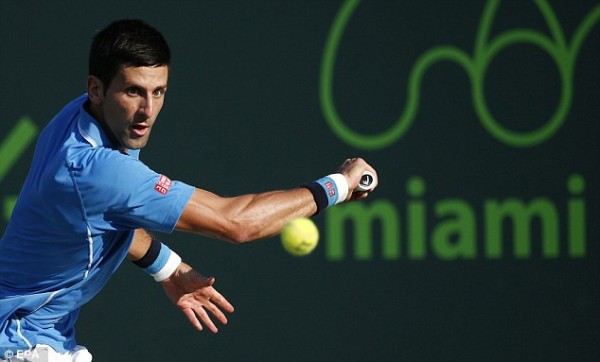 Novak Djokovic showing that he has truly earned his number one world tennis ranking looked to have an easy start at the 2015 Miami Open Masters against Steve Darcis with a 6-0 win. Darcis gave him a little bit more fight in the second and last set, but just wasn’t able to make a dent in the Serbians game. At this point, I don’t think anyone will be able to as he’s playing some of the best tennis of his career.

Novak Djokovic moved one step closer to retaining the Miami Open presented by Itaú title with a 6-0, 7-5 win over Steve Darcis on Monday. The top seed continued his quest for a fifth crown in Miami as he beat the Belgian qualifier to set up a Round of 16 clash againstAlexandr Dolgopolov. 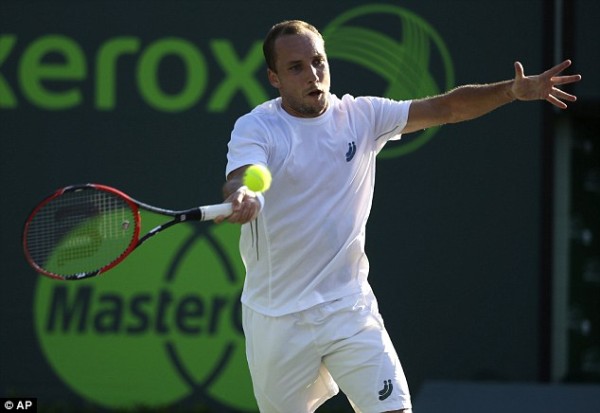 “I know his game pretty well,” Djokovic said of his next opponent. “I know what to expect. Hopefully I’ll be able to start as well as I did in the first two matches, but then end it in a bit different way [and] keep the concentration going all the way through.”

Djokovic quickly snatched the first set in 26 minutes, facing no break points and dropping just 14 of 45 points in the process.

Darcis challenged the World No. 1 in the second set, breaking for a 5-4 lead. But the Serb went on to level the set, and eventually broke again to clinch the victory in 88 minutes.

“I managed to come back in the right moment,” said Djokovic. “I elevated the intensity and started playing a little bit more with depth on the ball.

“I was handling it really good for first 30 minutes, then [I] started to make some unforced errors and started to play a little bit more neutral, a little bit slower, and he got into the match. [I] complicated my own life in the second set, but in the end of the day, it’s a win.” 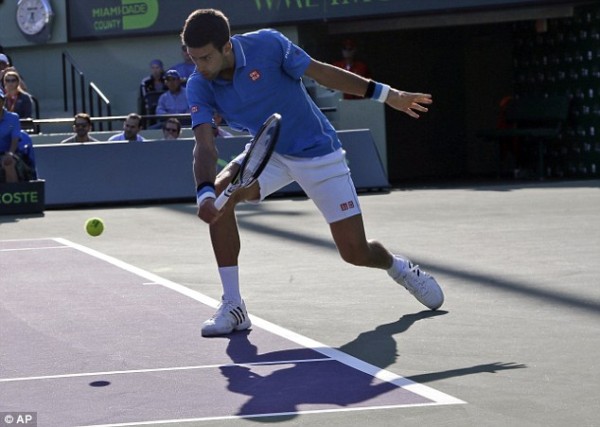 The four-time champion (2007, ’11, ’12, ’14) is bidding to complete the Indian Wells-Miami sweep for a second straight year and third overall, after clinching a fourth BNP Paribas Open title last Sunday. The Serb brought his career haul to 21 ATP World Tour Masters 1000 crowns and 50 titles overall, becoming the 11th player in the Open Era to join the ’50 Titles Club’. 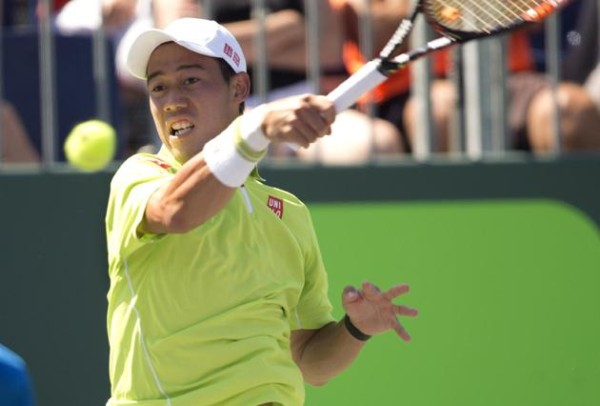 Fourth-seed Nishikori had even less trouble as he crushed Serbia’s Viktor Troicki 6-2, 6-2 in 63 minutes.

Troicki, who needed medical treatment to his left side during the match, struggled to cope with Nishikori throughout with the 25-year-old converting five of his six break points.

‘I was almost perfect on the court. It is so exciting that I am playing well here,’ said Nishikori. ‘Maybe he was hurting a little bit but I was still putting him under pressure with my return.”’ Raonic also moved into the fourth round after a hard-earned 6-1, 5-7, 7-6 (7-3) win over French 31st seed Jeremy Chardy.

Raonic was broken when serving for the match at 5-4 in the second and then Chardy went on to force the third set.

‘He started playing more freely and I sort of went the other way,’ said Raonic. ‘He played well in the second set and I think he played better than I did in the third.’