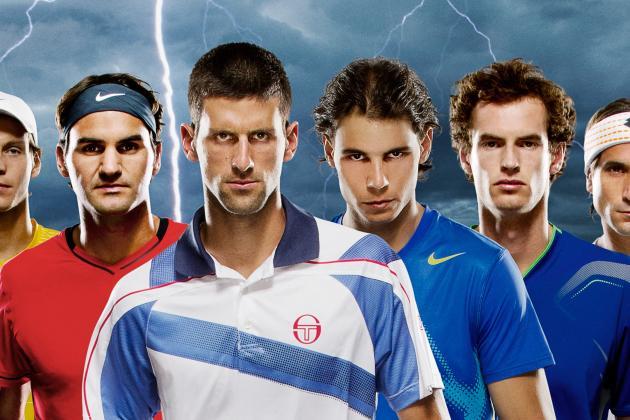 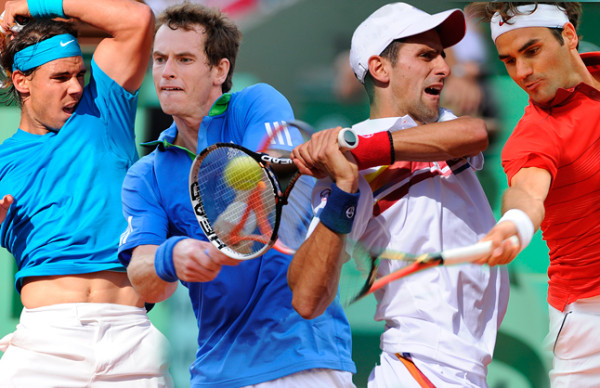 It seems like we were just covering the Roland Garros match and now we’re already back to the power four: Novak Djokovic, Roger Federer, Rafael Nadal and Andy Murray, charging into Wimbledon promising more edge of your seat tennis. We’ve also included the full 2015 Men’s Singles Draw Schedule for Wimbledon just below.

BIG FOUR DOMINATION  – Since 2005 Roland Garros when Rafael Nadal won his first Grand Slam title, the Big 4 of Novak Djokovic, Roger Federer, Nadal and Andy Murray have combined to win 37 of the past 41 Grand Slam titles with the only exceptions the 2009 US Open  (del Potro), ‘14 Australian Open & ’15 Roland Garros (Wawrinka) and ’14 US Open (Cilic). It’s the most dominant era in the history of tennis. During the current stretch, Nadal has won 14 titles, Federer 13 titles, Djokovic eight and Murray two. The last Wimbledon champion other than one of the Big Four was No. 1 Lleyton Hewitt in 2002. The foursome also have accounted for 44 of the last 48 ATP Masters 1000 titles (since ’10 Monte-Carlo).

TOP FOUR SEEDS TITLE HOLDERS – The last time a player seeded outside of the Top 4 won the Wimbledon title was in 2001 when No. 125th-ranked Goran Ivanisevic took advantage of a wild card opportunity to defeat Patrick Rafter in a five-set Monday final. This is the longest current stretch of Top 4 titles of any Grand Slam tournament. Since ’02 when No. 1 Lleyton Hewitt won the title, four other players have won the Wimbledon crown – Federer (seven times), Djokovic and Nadal (twice) and Andy Murray (once).  In fact, only seven players in the Open Era (since 1968) not seeded among the Top 4 have won the title.

TOP SEED/REIGNING CHAMP – Djokovic is the No. 1 seed for the fourth straight year at Wimbledon. Last year he was ranked No. 2 and he edged out Federer in a five-set thriller. The 28-year-old Serb won the Wimbledon crown in 2011 as the No. 2 seed. Djokovic has a 45-8 career record at the All England Club and has advanced to the semi-finals or better the last five years. He also was runner-up in ’13. He is coming off his third runner-up at Roland Garros in four years (l. to Wawrinka). Djokovic is the first player seeded No. 1 for four or more consecutive years at the All England Club since Federer from 2004-08. Djokovic is guaranteed to remain No. 1 in the Emirates ATP Rankings after Wimbledon. At the start of Wimbledon, he’s held No.1 for 153 weeks in his career, including every week since July 7 last year. 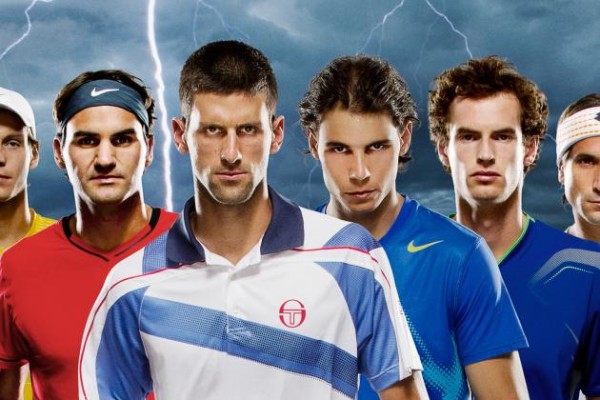 THE KING OF GRASS – Federer has a record 15 grass court titles (15-5 in finals) and a career record of 136-19 (.877) on grass, the best winning percentage in the Open Era. He’s won at least one grass court title in 11 of the past 13 years (except 2010-11). In 2007, he became the second player (Bjorn Borg) in the Open Era to capture five consecutive Wimbledon titles. Federer’s 40-match unbeaten streak at Wimbledon ended to Nadal in 2008. Borg won a record 41 matches in a row at the All England Club (five titles from 1976-80 before losing in ‘81 final to McEnroe). Prior to Federer’s winning streak, he had a 16-11 career record on grass from 1999-2002. Since 2003-present he is 120-8 on grass. He comes into Wimbledon with a 34-6 match record on the season and off his eighth career title in Halle (d. Seppi). The 33-year-old Swiss is 4-2 in finals this year. Two years ago Federer won his record-tying seventh Wimbledon title, defeating Murray. Federer tied Pete Sampras and William Renshaw for the most singles titles at the All England Club. At 30, Federer became the oldest singles champion since Arthur Ashe (31) in 1975. Federer is making his 17th consecutive appearance at Wimbledon and he’s reached the quarter-finals or better in 11 of the last 12 years. This is the 13th straight year he’s a Top 4 seed. Last year as No. 4 seed he lost in a five-set final to Djokovic.

ALL-TIME GRAND SLAM CHAMPIONS – Federer is the all-time Grand Slam titles leader and Nadal is tied for No. 2:

FEDERER GRAND SLAM STREAK —  This is Federer’s record 63rd consecutive Grand Slam tournament played. Federer’s streak began at the 2000 Australian Open and he is the only player to compete in every Grand Slam singles draw in this century. There are six other players in the Top 10 longest consecutive Grand Slam tournaments played, including Feliciano Lopez (54) and David Ferrer (51). Here is a look at the Top 10 longest streaks in the Open Era and players competing at Wimbledon in bold: