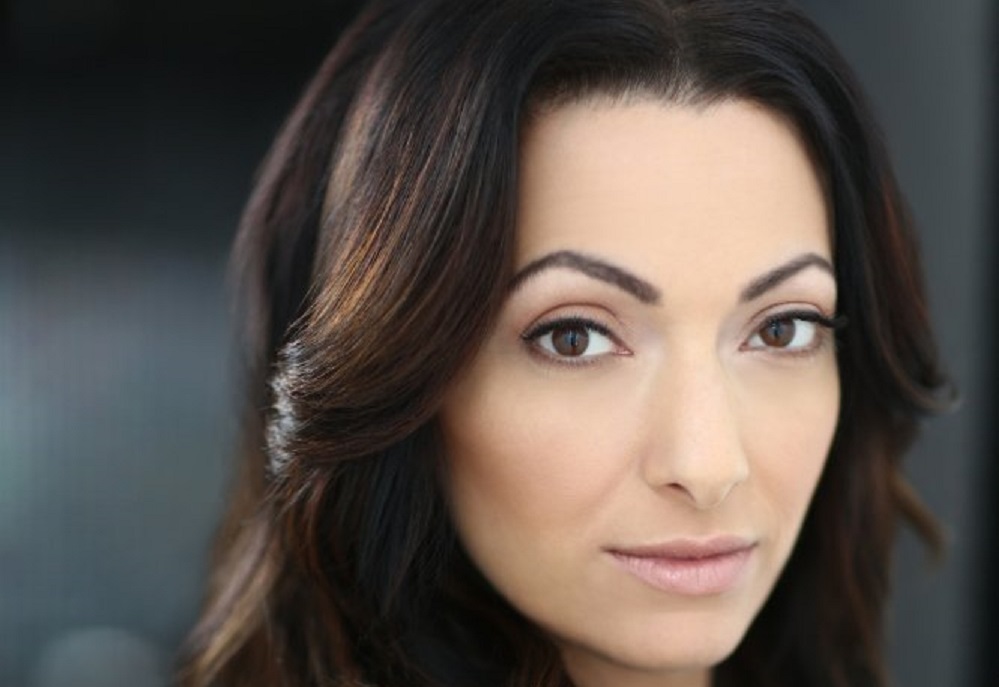 Nisreen Slim’s role in Supernatural’s “Regarding Dean,” may be a small one, but the scene definitely gave a good hint to the overall tone of the episode. Our normally (mostly) well-polished Dean … well, he’s not himself. And if you’ve seen the episode, you know it gets worse. Nisreen has been in Arrow, No Tomorrow and iZombie.

Tell us about your character, “Yuppie Lady.”

My character Yuppie Lady was a fun little part. Basically she’s a well to do woman out enjoying a walk on a crisp autumn day with her son, just pushing a stroller while yapping to a girlfriend through her headphones, totally in her own world, until she’s startled by what she thinks is a homeless man (Dean) desperately approaching her from the bushes.

What did you enjoy most about filming for Supernatural?

I think what I enjoyed most about filming for Supernatural was the cast and crew who are all amazing and so welcoming. Our director John Badham has such a great sense of humour! I could see that in the audition, and he was great to work with. Also, I think I’ve come to love any chance to shoot outdoors in the ‘real world’ compared to an indoor set. I like the integration of the creative and the real together.

Well, the little guy who played my toddler in the stroller was a great actor and only around 2 years old. Filming with kids is always fun, but as you can imagine, it can be unpredictable when they’re really young. So I was thinking, ‘I hope he stays calm.’ Turned out he was super chill, and we got along great!

You have also appeared in Arrow, No Tomorrow, The 100 and iZombie – tell us about your experience with those productions.

All of those were great experiences for sure. Of course, the vibe on set can differ at times depending on the genre or energy of the scene, but I honestly loved them all. No Tomorrow was probably the most fun I’ve had in such a short shoot!  Another experience that stands out is The 100. In some ways it was challenging because we were out in the woods, in the rain covered in mud a lot of time, freezing cold. But that’s also why I loved it. It’s not an everyday experience.

My first feature film, “William,” directed by Tim Disney, I’m really excited about. It’s about these doctors who create and raise a Neanderthal baby together but quickly see the challenges unfold from such a risky experiment.  Meanwhile, the “child,” William, grows up facing a world not ready to accept him. I have a small role in it but the story is unique and I can’t wait to see it.