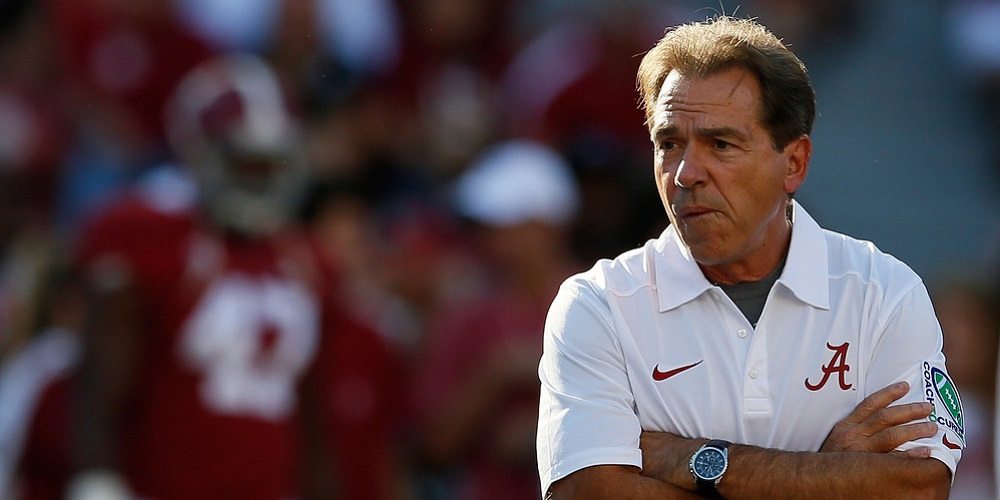 “Here’s what happened,” said Arum, who is busy promoting Manny Pacquiao’s next fight. “I get a call from Nick Khan, who’s an agent at CAA, and is a good friend of mine. He says, ‘Bob, I know you’re a good friend of [Giants co-owner] Steve Tisch. I have a colleague here at CAA,’ and I forget the guy’s name, ‘who represents Nick Saban. And Saban would be very interested in the Giants job.’”

Yes, that Nick Saban. Maybe he’s tired of being the best in college and wants to take another shot at the pros. Of course, it didn’t work out too well for him with the Miami Dolphins. In fact, the only thing he’s remembered for is passing up on then-free agent Drew Brees and letting him go to the New Orleans Saints.

It didn’t work out, obviously, as Saban is still with the Tide and McAdoo is the Giants head coach, but it may have been closer than people release.

Arum goes on to say that Saban was actually looking into real estate in the New Jersey area before his wife convinced him to stay in Alabama. His wife loves Alabama and felt Nick was better off staying with what he knows best.

Of course, the NFL remains the true test of great football coaches. I don’t know about you, but I would trade a National Championship every season for one Super Bowl.