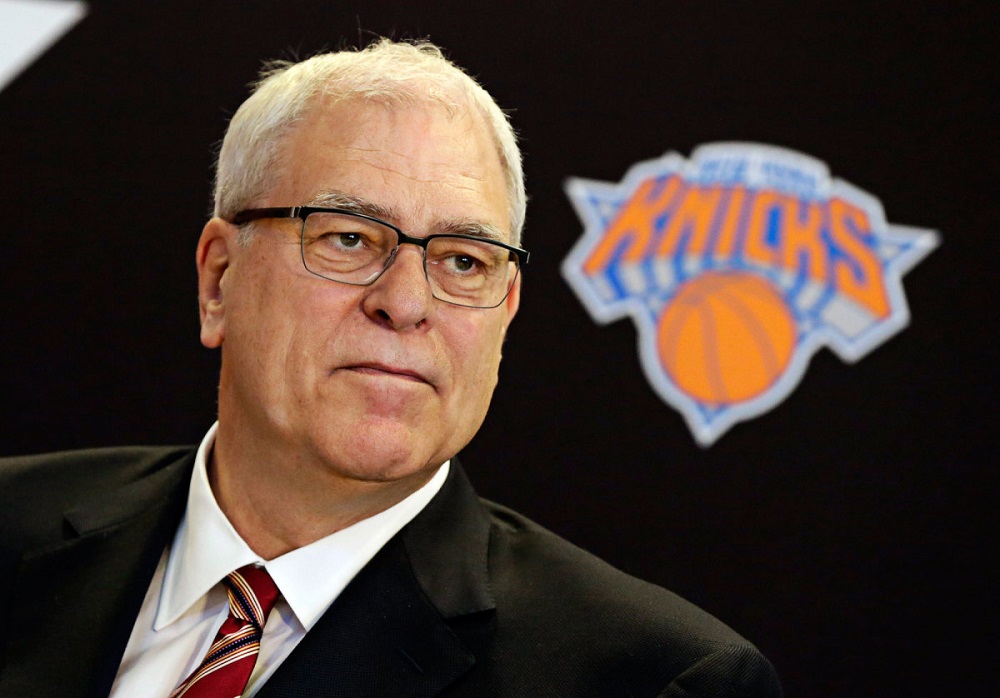 New York Knicks President Phil Jackson has been in the news more than the team lately. Whether he’s ranting on the proper use of his triangle offense or randomly running his mouth about LeBron James, Jackson has had trouble staying low-key and letting his team do the talking.

His comments about LeBron actually made national news after LeBron and his “posse” accused Jackson of racism in his choice of words.

“It had to hurt when they lost LeBron,” said Jackson. “That was definitely a slap in the face. But there were a lot of little things that came out of that. When LeBron was playing with the Heat, they went to Cleveland, and he wanted to spend the night. They don’t do overnights. Teams just don’t…You can’t hold up the whole team because you and your mom and your posse want to spend an extra night in Cleveland…I do know LeBron likes special treatment. He needs things his way.”

Personally, I think the whole thing got blown way out of proportion. Jackson has been in the public eye and the NBA for years and has never once been accused of being racist. Of course, I also see where LeBron is coming from—he and his business partners want to be seen as established people of class, not just any roving group of friends.

Knicks star Carmelo Anthony described the team’s sit down with Jackson as long and thorough. The team president didn’t talk much, just listened. Anthony believes that the talk helped the team past the streaking Atlanta Hawks 104-94 Sunday.