There’s no need to delve back into the longwinded argument surrounding the video game genre’s dwindling potential. With 2016 having already seen a number of failed video game adaptations —Warcraft, Ratchet & Clank, and The Angry Birds Movie—it’s hard for most to be optimistic about seeing history repeat itself when Assassin’s Creed hits this December. Based off the bestselling video game series, Assassin’s Creed follows Callum Lynch (Michael Fassbender) who is used by a secret government agency to learn about his ancestors during 15th century Spain by using a mysterious device known as the Animus.

While that concept may sound a little “out there” to some, the film’s trailer that hit a few months ago proved many that this adaptation could actually work. And thankfully, 20th Century Fox has reinforced that hope by releasing a second trailer for it. Get ready because there’s a wealth of new footage for both newbies and series diehards to enjoy. It was recently revealed that Assassin’s Creed will mostly take place in the futuristic setting rather than the historical one, which is the opposite of what the video games do. But with any adaptation, some tweaks must be employed.

It wouldn’t be too surprising if that seemingly unwise choice of balancing the two time periods came from the studio. There’s no doubt that any fan out there wouldn’t pick to have the historical setting have more screen time than not. Either way, the trailer is still a glory to behold. There’s plenty of amazing parkour and combat sequences that are definitely a few of the reasons why this adaptation looks like a success waiting to happen. Take a gander at the new trailer below.

Besides the brilliant cast that includes Michael Fassbender and Marion Cotillard (Inception), there’s also a pretty decent director helming the project. Known best for 2015’s stark Shakespeare adaption Macbeth, director Justin Kurzel seems to have brought so many great qualities to Assassin’s Creed. Besides the film’s aforementioned visual splendor, the new trailer shows off just how smart of a director he seems to be. The story appears very well constructed, grounded, and also faithful to its prized source material.

Unfortunately, not many of the intricacies of the film’s plot are known at this point. However, the choice to create an entirely new storyline and lead character for Assassin’s Creed was a stroke of genius. Unlike many underwhelming video game adaptations, Assassin’s Creed has proved its sharp intelligence right out of the gate. Instead of fans having to sit through a bunch of plot that they are already deeply seasoned with — and newcomers feeling out of the loop because of that — everyone will go into this one with a blank slate.

Here’s some images to check out from the trailer: 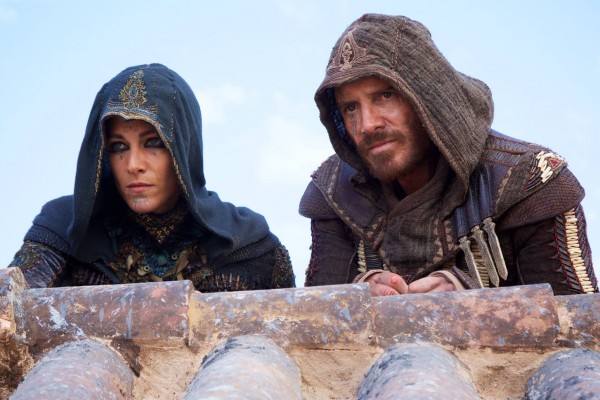 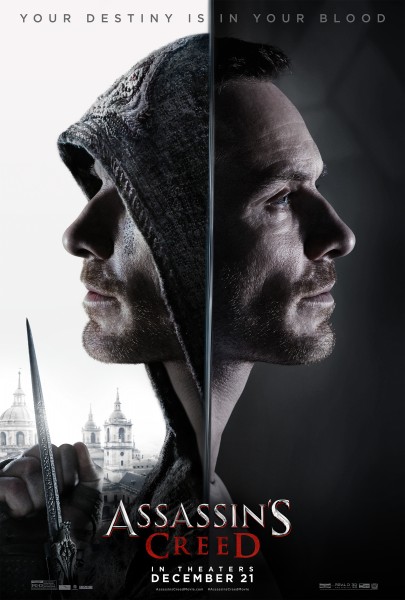 There are still endless amounts of compliments that could be given to the latest trailer. Even if the film isn’t a financial success, it’s very possible that it will still blow away audiences this winter. It appears as though the time has finally come for video game movies to be taken seriously. And hopefully, Assassin’s Creed is the one that will lead the charge — or climb, as it were.

The studio synopsis is pretty simple (as they always are):

Through a revolutionary technology that unlocks his genetic memories, Callum Lynch (Michael Fassbender) experiences the adventures of his ancestor, Aguilar, in 15th Century Spain. Callum discovers he is descended from a mysterious secret society, the Assassins, and amasses incredible knowledge and skills to take on the oppressive and powerful Templar organization in the present day.