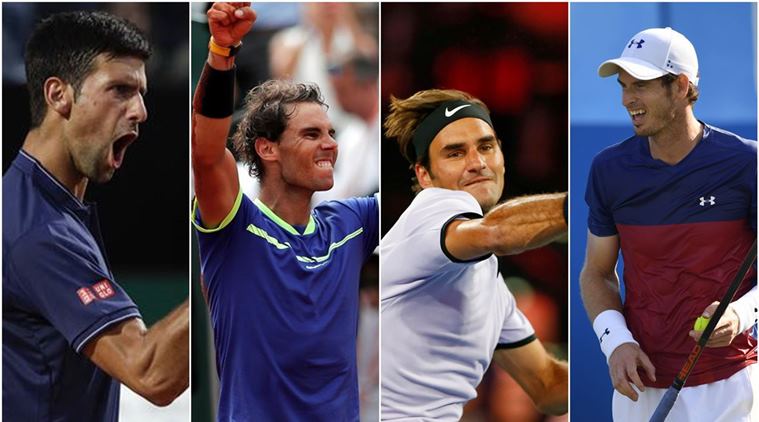 It’s been three years since the ‘big four’ men of tennis; Andy Murray, Novak Djokovic, Roger Federer and Rafael Nadal have been named top seeds for a Grand Slam. Plus, we have the added excitement of all four being kept separate until the semi-finals.

Wimbledon knows it has some ‘much watch’ tv coming up in July, and there’s plenty of excitement at the ticket booth.

The “Big 4” of men’s tennis were given the four highest seedings for this year’s tournament at Wimbledon.

No. 1-ranked Andy Murray, the defending champion, is the top-seeded player, followed by Novak Djokovic, Roger Federer, and Rafael Nadal.

Nadal and Djokovic are also in the top four of the ATP rankings, but Federer is No. 5. Third-ranked Stan Wawrinka, who has won the other three Grand Slam titles but not Wimbledon, is seeded fifth.

Novak Djokovic is seeded second, Roger Federer third and Rafael Nadal fourth, as the ‘big four’ head up the rankings for the first time since 2014. It means that the quartet will be kept apart until the semi-finals.

Djokovic and Federer are arguably the biggest beneficiaries. Djokovic, who won the men’s singles in 2014 and 2015, is seeded second despite slipping to fourth in the ATP world rankings – his lowest position since late 2009.

Juan Martin del Potro is seeded for the first time since 2013 when he lost to Djokovic in five sets in the semi-final. Grass-court specialist Gilles Muller is the biggest mover, seeded 16th despite his position as the World No 26.

Milos Raonic, Marin Cilic, Dominic Thiem, Kei Nishikori and Alexander Zverev round out the top 10 in the seedings.

Wimbledon is the only grand slam tournament where the seedings do not automatically follow the rankings, with greater weight being given to recent results on grass in the men’s event.

In the women’s seedings, Angelique Kerber is No. 1 in a list that mirrors the top-10 rankings. The only exception is the absence of No. 4-ranked Serena Williams, who is pregnant and skipping the tournament.

That means fifth-ranked Elina Svitolina is the fourth-seeded player at Wimbledon, behind Kerber, Simona Halep, and Karolina Pliskova. 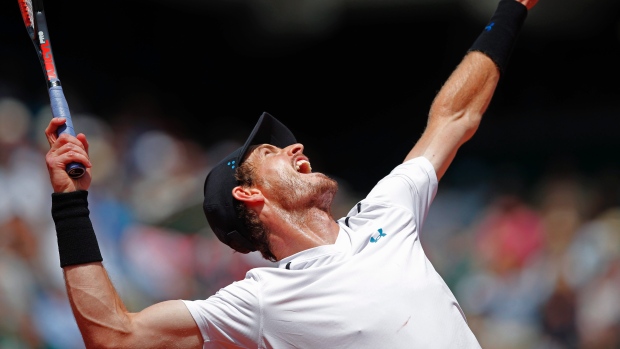 Andy Murray has pulled out of another exhibition match ahead of Wimbledon because of a sore hip.

The top-ranked Murray was scheduled to play at the Aspall Tennis Classic at the Hurlingham Club in London on Friday but says he needs to rest his hip. He withdrew from an exhibition match against Lucas Pouille on Tuesday with the same problem.

Wimbledon starts Monday and Murray is the defending champion.

In his build-up to the grass-court major, Murray lost in the first round at Queen’s last week. 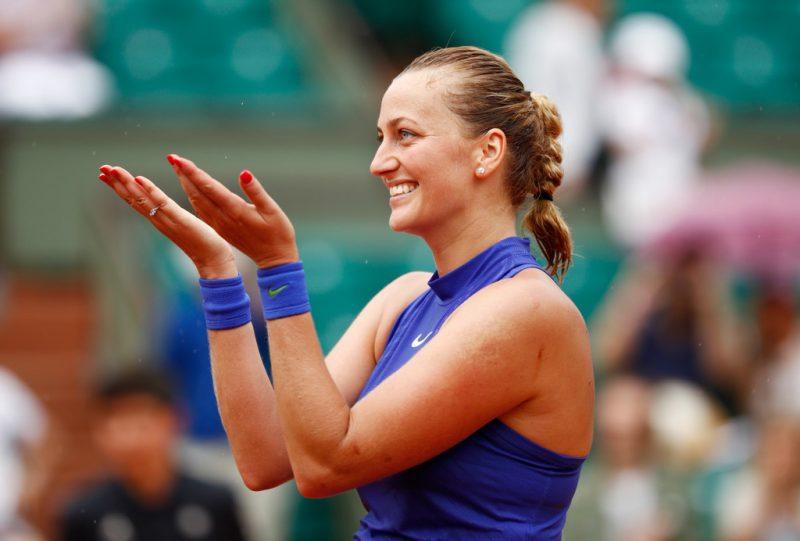 Petra Kvitova still has not regained full strength in her left hand, the one she uses to swing a tennis racket so well that she won Wimbledon twice – and the one that was stabbed by an intruder at her home in the Czech Republic late last year.

Just seven months after that attack, Kvitova somehow carries the status of the closest thing to a favorite at the All England Club, where play in the grass-court Grand Slam tournament begins Monday.

Not that she’s all that concerned, understandably, with others’ thoughts about whether she can add to the trophies she clutched at Wimbledon in 2011 and 2014.

“I don’t see it like that,” Kvitova said in an email to media outlets.

“I am just happy to be back on the court, and that’s it,” she said. “I will be focusing on myself and not thinking any further than my first match.”

Simply competing these days is an accomplishment in itself for someone who initially was told there was a possibility it might never happen again. All five fingers on her left hand were injured in the late December knifing, and she needed surgery.

“There was definitely doubt in my mind that I would ever be able to play again because that’s what some of the doctors were saying,” Kvitova said. “But the more I heard people doubting if I could come back, the more it motivated me. I wanted to prove people wrong, and I love challenges, so I think that’s what kept me going through the recovery process.”

The 27-year-old Kvitova, who has been ranked as high as No. 2 and is seeded 11th at Wimbledon, only began practicing a couple of weeks before the French Open started in May. She made a last-minute decision to enter the clay-court major and wound up winning her opening match, then losing her next.

In her comeback’s second tournament, last week on grass at Birmingham, England, Kvitova earned the title, beating Ashleigh Barty 4-6, 6-3, 6-2 in the final with the help of 13 aces.

That total, to Kvitova, was a sign that she is getting closer to the player who succeeds on grass on the strength of a strong serve and powerful forehands.

She pulled out of this week’s tuneup tournament at Eastbourne, England, citing an abdominal injury, but that didn’t stop British bookmakers from considering her among the likeliest to win Wimbledon: William Hill, for example, listed Kvitova as the favorite.

“I’m surprised at how well I’m playing, for sure,” Kvitova said. “It’s (a) very nice surprise. … I wasn’t sure if I would have the strength in my grip to hit as hard as before, but I showed in Birmingham that my serve is there, and so is my forehand. Hopefully, it will keep getting better as my fingers get stronger.”

Serena Williams is sitting out the rest of the season while pregnant, and Maria Sharapova is skipping Wimbledon because of an injured left thigh, so there are only two past champions in the field: Kvitova and Williams’ sister, five-time winner Venus.

“Seeing that there are not too many, if any, grass-court specialists in the tournament, she is the one that I think everybody has to look out for,” said Evert, who will call matches for ESPN. “I think that was such a scare that she went through, it’s made her just appreciate the game a lot more. She’s certainly more relaxed. You can tell by her press conferences, the way she speaks, she’s just happy to be out there. That’s just freeing her up to play her best tennis.”

The quality of her tennis has pleased Kvitova, to be sure.

More pleasing: The way she’s been welcomed back to the tour.

“One of the nicest things has been the reaction of the other players. I have had a lot of players coming up to say hi to me and give me a hug,” Kvitova said. “I got a lot of messages when I won in Birmingham, and I heard a lot of players were very emotional in the locker room when I played my first match in Paris. So it’s been great to see everyone again and feel that positive energy from my colleagues.”