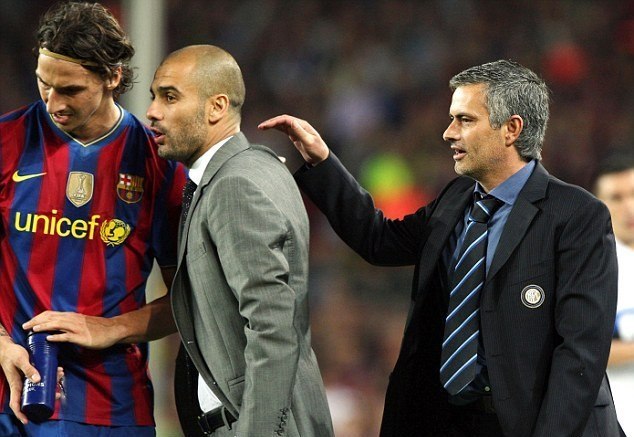 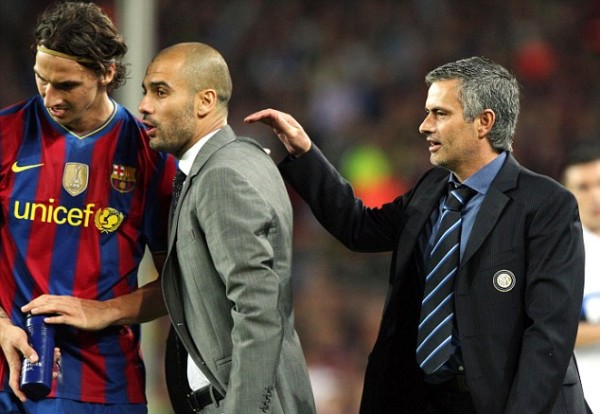 Barcelona legend Xavi believes that the duel between Pep Guardiola and Jose Mourinho will be an amazing sight for the Premier League fans.

The Spanish midfielder revealed that he knew about Pep Guardiola’s next destination before it was announced by Manchester City last month.

“I have to confess something: Pep was here in Doha, during the Bundesliga’s winter break with Bayern, and he told me that he was going to the Premier League, to Manchester City,” the Al Sadd midfielder told Mundo Deportivo.

“He needed new challenges in his career as a coach, he’s had three years at Bayern, and he needed to change. He’s always wanted to coach in the Premier League.

Alike most of the football fans, Xavi is also keen at the prospect of Mourinho taking over the helm at Manchester United next season. The exciting rivalry between two of the greatest coaches of all-time intensified during their time in Spain.

“I think [Mourinho to United] is very good for football. If they keep it in the usual channels, it will be amazing for the Premier League as it was in the time of Barca and Madrid until things got twisted to a level beyond football.

“Next year could be an amazing duel between Pep and Mourinho if it’s confirmed that Jose is signing for United. It will be attractive.

The diminutive genius has also tipped the Manchester Blues to do well under Guardiola.

“I’m convinced that City will do very well with Pep. Mourinho is a winner but with different types of approaches to football, which they don’t share.”

Xavi also praised his former boss Louis van Gaal, who is currently not doing well in his second year at Old Trafford. Xavi – handed his Barcelona debut by Van Gaal in 1998 – claims that the Dutchman ahead of the rest. He feels that the former Bayern and Barcelona boss is an honest person, and he generally suffers after falling out with the media.

“I feel very bad for him. He’s an honest person and a great coach.

“He gets on badly with the press, and that eventually grinds you down. And on top of that the results haven’t been coming, so you get the situation as it is at Manchester United.

“Sometimes we spoke with Luis Enrique about things that Louis van Gaal said or did, and it seemed outrageous when we were players. But now we can see he was right, that he was ahead of the rest.”

Van Gaal is still denying that Jose Mourinho will replace him at the end of this season. However, it seems very likely that the Portuguese manager will take charge of the club in an attempt to get them back to the top of the table. Ryan Giggs could be on his way out of Old Trafford in search of a new challenge and also to prove his credentials.