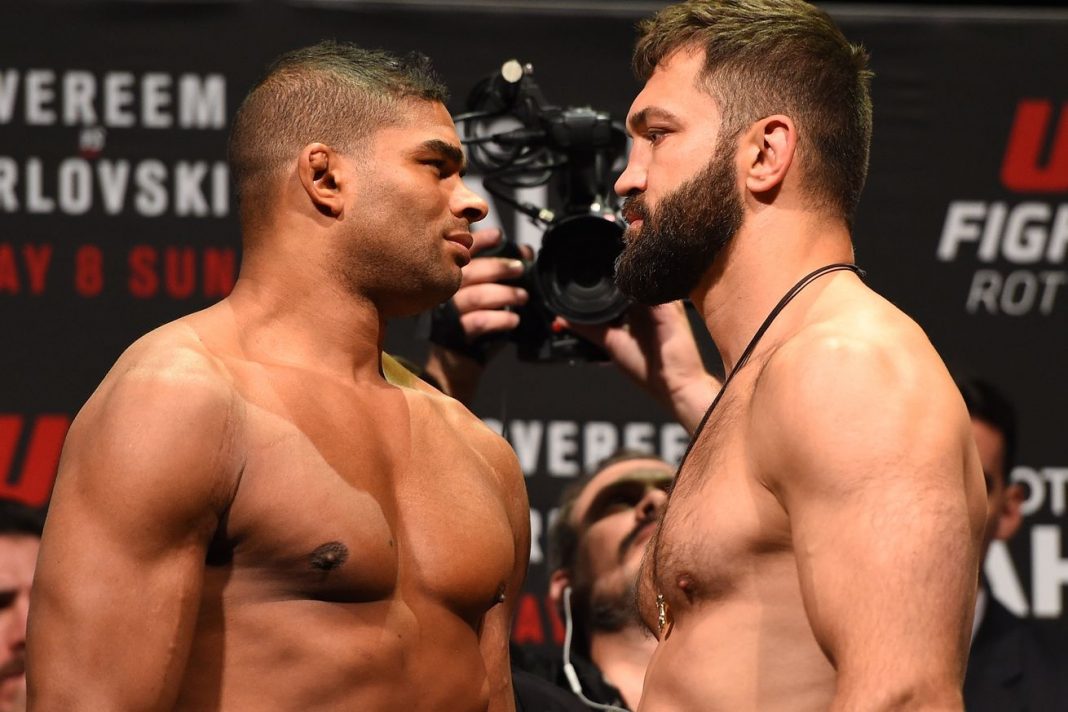 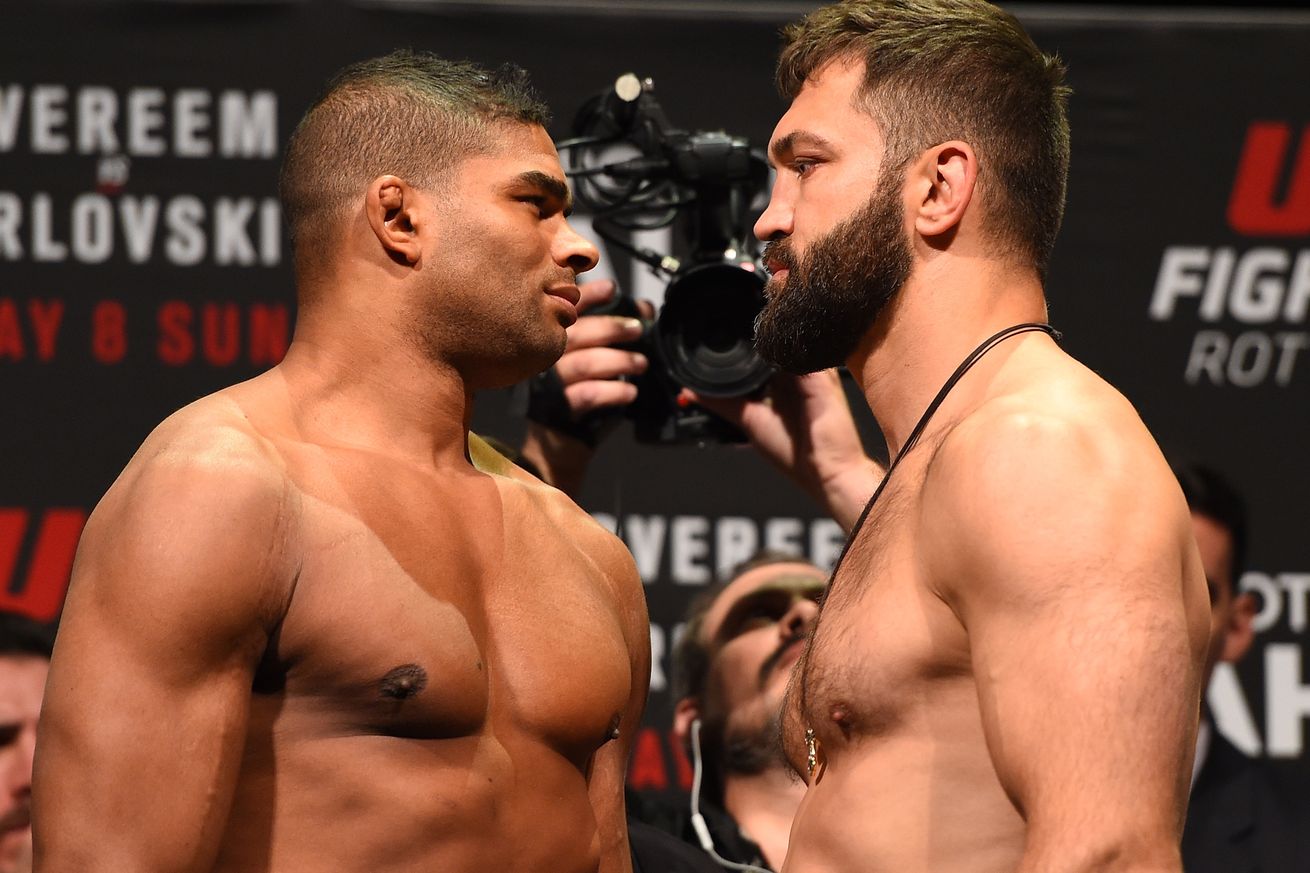 Thanks to UFC Fight Night Rotterdam, fight fans had quite a bit of action to enjoy this week. Additionally, a number of exciting UFC and Bellator contests were announced. The lowest point of the week was the tragic passing of Bellator featherweight Jordan Parsons, who was struck by the vehicle of a then-unknown driver (he has since been identified and arrested) on the first.

Let’s take a look at everything that this week brought MMA fans. 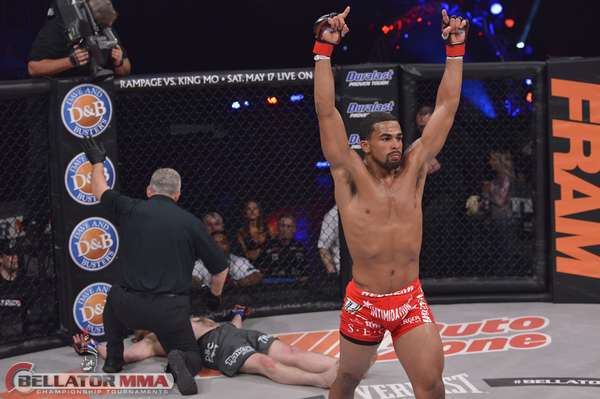 Jordan Parsons, Rising Bellator Featherweight and Blackzilian, Passes Away at 25

The hit-and-run incident that initially placed Jordan Parsons in a coma ultimately claimed his life.

The tragic crime occurred on the first when a driver traveling at a speed of over one hundred miles per hour struck Parsons and fled the scene. Although recovery appeared to be a possibility, despite some complications, Parsons passed a few days after the incident while in hospital care, at twenty-five years of age. He was scheduled to compete against Adam Piccolotti at Bellator 154 on May 14th.

It’s a shame to see such a talented young athlete—and more importantly, based upon what many have said, a kind and caring person—have his life cut so short, and Parson’s family, as well as his teammates, are definitely feeling the pain of his loss.

The criminal responsible for Parson’s death—who has a history of reckless and dangerous driving—was located after the fact and arrested. Hopefully, he will be punished under the fullest extent of the law, and be kept not just off the road, but away from the general population.

Now, fans will just have to appreciate the impressive wins of Parsons, which include a gorgeous arm-triangle choke over Julio Cesar (the first loss of the prospect’s thirty-eight career) and a vicious KO of Tim Bazer, amongst others.

UFC Fight Night Rotterdam was a great way for Dutch fans to experience their first live UFC event, and fans around the world appreciated the action as well (despite the questionable late-afternoon airtime).

In the main event of the evening, Alistair Overeem soundly defeated fellow Jackson-Wink teammate Andrei Arlovski via second-round TKO with a skillful combination. The victory improved Overeem’s winning streak to four and placed him even closer to the ever-elusive title.

Although notable, this win probably didn’t improve Overeem’s case for a shot at the belt all that much; sure, he is closer now, as was said, but his prior triumph over Junior dos Santos was the defining moment of his recent fights. This fight, in addition to being helpful in exciting Dutch fans, served as insurance to determine whether or not Overeem truly has evolved past his 2013 and 2014 days of being finished via strikes; whoever holds the heavyweight belt, at some near point, the UFC wants him to be consistent, dominant, and skilled, as that is what sells—especially in the division.

In the co-main event of the evening, Stefan “Skyscraper” Struve dispatched Antonio “Bigfoot” Silva via strikes in just sixteen seconds. Bigfoot rushed in, was clipped by several accurate strikes from Struve, and then elbowed repeatedly on the mat.

This win reinvigorated interest in the still-young Struve’s career; the talented and physically imposing heavyweight can really make a splash if he puts it all together and utilizes his range—and that was clear here.

Bigfoot Silva has now lost five of his last seven fights via first-round strikes. The big difference here, against Struve, is that the TKO loss came quicker, and more pressingly, came against a lower-ranked fighter than his previous opponents.

Bigfoot has nothing left to prove, and should consider calling it a career. He’s beaten Fedor, Overeem, Travis Browne, and many others, and was a part of one of the greatest heavyweight tilts of all time in his first outing against Mark Hunt.

In the featured fight of the night, Gunnar Nelson’s ground game was on full display yet again as he finished the streaking Albert Tumenov via second-round submission.

This impressive triumph did well to reaffirm Nelson’s place in the ever-evolving welterweight division, and for the twenty-four-year-old Tumenov, the loss is more of a rite of passage than anything else. 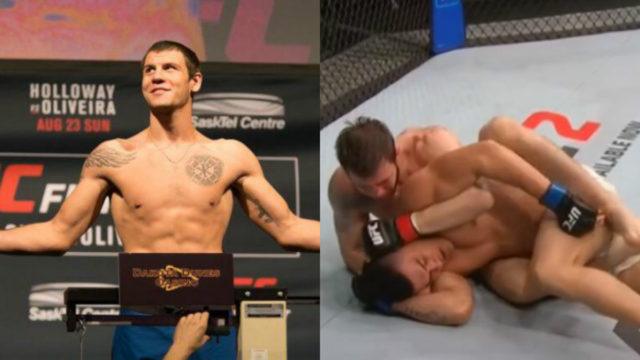 Other notable and must-watch results from the night include: 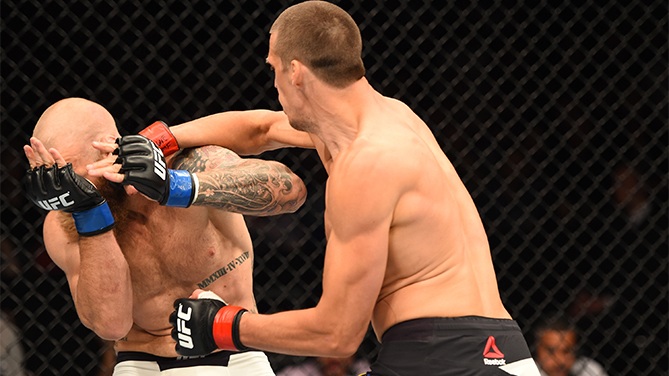 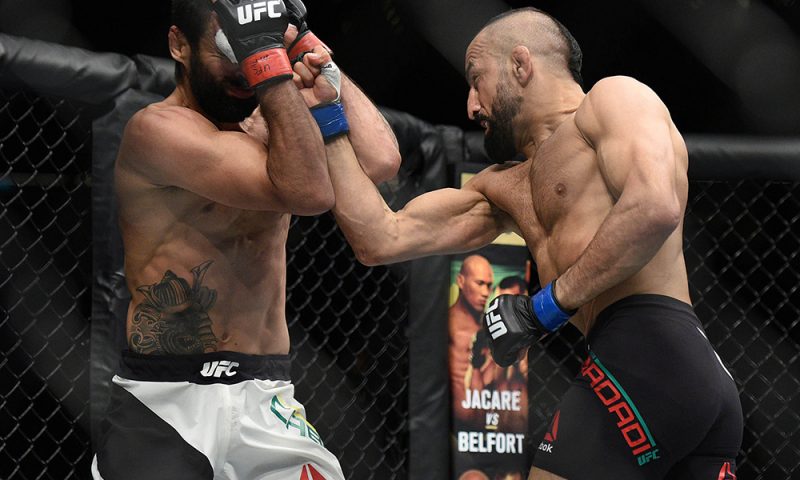 Bellator revealed a new bout this week, as well as a new signing. Let’s take a look at the new fight first:

Evangelista Santos vs. Saad Awad at Bellator 154 on May 14th

Santos is making a very quick turnaround following his April 22nd win over Brennan Ward, and the promotion’s decision to wait just a short while before the show to announce a massive contest like this is interesting, to say the least. Fans are in for a treat here.

The new signing is similarly exciting, as Bellator has nabbed a deal with NCAA All-American Jarod Trice. This, like the other contacts with elite wrestlers that Bellator has boasted as of late, will pay dividends in the future.

The UFC Announces a Series of New Fights

As usual, the massive UFC roster allowed a series of new fights to be announced, including:

Tavares is skilled, but he’ll really have to be “on” to defeat Ho Choi, who has made it very clear that he’s a legitimate and dangerous KO artist.

Holly Holm vs. Valentina Shevchenko on July 23rd at UFC on Fox 20

This fight doesn’t really do a whole lot for me, but given the confused state of the bantamweight division, it’s probably the best that the UFC could book; for free, it’s certainly worth watching.

Glover Teixeira vs. Anthony Johnson on July 23rd at UFC on Fox 20

No explanation is necessary—just don’t miss this fight.

Edson Barboza vs. Gilbert Melendez on July 23rd at UFC on Fox 20

A solid match-up in its own right, this stylistically appealing bout is a bit of a fastball for Melendez, who will be returning from a year-long suspension, having not competed in that time.

Beneil Dariush vs. James Vick on June 4th at UFC 199

Another intriguing contest, Dariush-Vick represents a massive step-up in competition for Vick. It will be fun to see how this one plays out.

Robbie Lawler vs. Tyron Woodley on July 30th at UFC 201

Although not yet official, it looks as though Robbie Lawler will defend his belt against Tyron Woodley next. Woodley is ready for a big step-up in competition, and this is accordingly a very good title fight.

Tony Ferguson vs. Michael Chiesa on July 13th at UFN 91

Both TUF winners look better than ever and watching them battle in the main event of UFN 91 should be a real treat.

This contest hasn’t been made official yet, although it has been strongly rumored. Let’s hope that it is just that—a rumor—because asking Assuncao to return to the cage after two years away against Dillashaw won’t give the fans the rematch that they desire, featuring both men at their best.

Next week looks like it will be even more exciting for MMA fans as Bellator 154 and UFC 198 are set to be both entertaining and promotionally significant cards. Enjoy the fights!