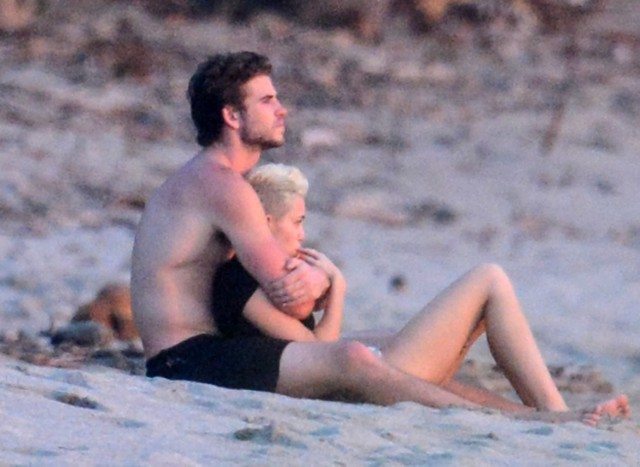 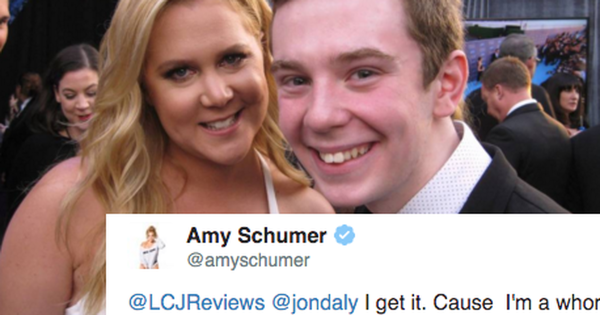 As arguably the hottest comedian on the planet right now, Amy Schumer has established an easy-going persona for herself, with an enviable sense of humor. Unfortunately, a young teen critic thought that these characteristics of Amy’s would let his misogynistic comment on social media fly.

On Sunday, 17-year-old film critic Jackson Murphy got a chance to meet the Trainwreck star at the Critics’ Choice Awards. Shortly after their encounter, Jackson took to his Twitter to post a picture of him posing with Amy (that has since been deleted). Alongside the image Jackson captioned, “Spent the night with [Amy Schumer]. Certainly not the first guy to write that. #CriticsChoiceAwards” 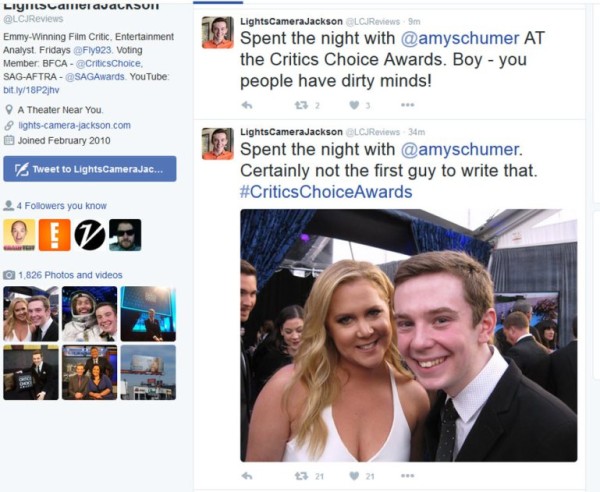 Unfortunately, Jackson’s joke didn’t go over too well, especially with Amy herself. Not too long after Amy replied, “I get it. Cause I’m a whore? Glad I took a photo with you. Hi to your dad.”

The 17-year-old was quick to learn his lesson and quickly responded to Amy’s reply by apologizing in a series of tweets. Jackson posted, “[Amy Schumer] I truly apologize. Thought you’d like the joke. I should leave the comedy to you! Thanks for the photo. Glad you won last night!” Going on to add, “I truly apologize for the tweet I posted earlier. I’m not a comedian and it wasn’t funny. [Amy Schumer]”

@amyschumer I truly apologize. Thought you'd like the joke. I should leave the comedy to you! Thanks for the photo. Glad you won last night!

Fortunately for Jackson, the comedian accepted his apology. Amy replied to Jackson, “that’s really okay honey. I just remember thinking you and your dad were sweet and it was a bummer to read that.”

@LCJReviews that's really okay honey. I just remember thinking you and your dad were sweet and it was a bummer to read that 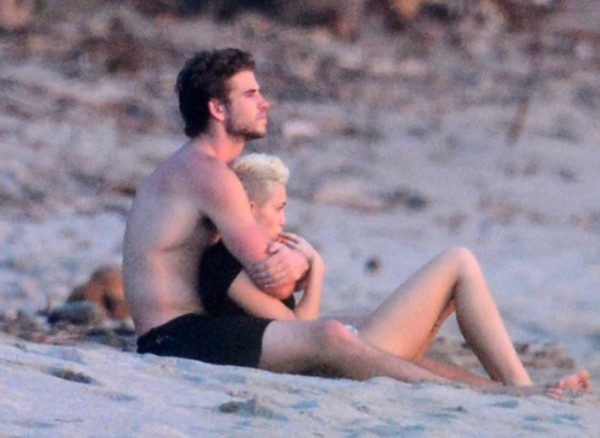 Singer Miley Cyrus ended off her week by spurring speculating that she is moving into none other than her ex-fiancé Liam Hemsworth’s house!

On Friday, the Wrecking Ball singer was spotted driving a self-mover U-Haul truck to Liam’s house. Wearing a pair of Converse and baggy jean pants, Miley was reportedly going in and out of Liam’s house several times and hanging out with two other male friends (although she was apparently not seen moving any of her belongings into the house).

This isn’t the only sign that the two seemed to be reigniting their former romance. Over the past few days, Miley has been photographed wearing the engagement ring that Liam gave her back in early 2012. This is one of the only times Miley has been seen wearing the ring since the two broke off their engagement back in late 2013 after Miley had her controversial performance at the MTV VMAs. Miley has taken to her Instagram to post multiple pictures that show her seemingly flashing her sparkly rock. 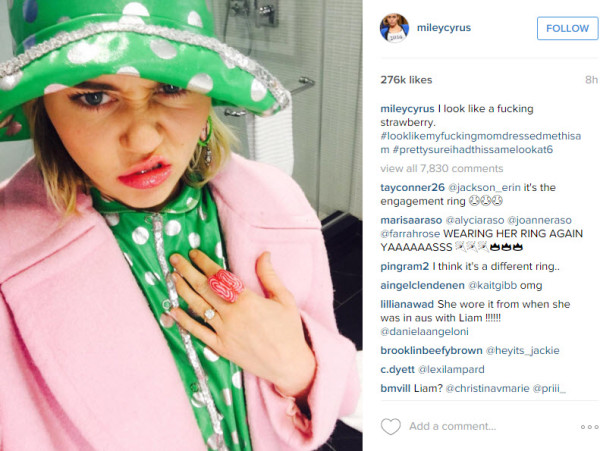 In addition, witnesses who attended the Golden Globes claim that Miley and Liam were showing off ample affection towards each other. Reportedly, they were holding hands and engaging in some major PDA while attending a Golden Globes party held by CAA at West Hollywood’s SoHo House.

At this point, neither Miley nor Liam has made any public comments about their possible romantic reunion. However, Miley is known to be incredibly out-spoken and open about her life with fans and public, so it most likely won’t be long before she is once again declaring her love for Liam to the world (if the speculations turn out to be true).