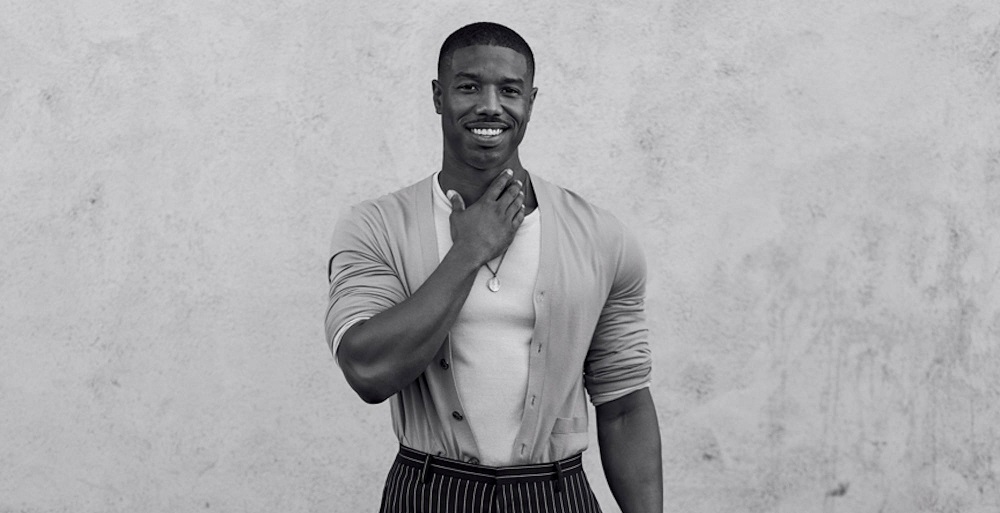 “I think everybody’s real sad right now,” Michael B. Jordan, the star of “Black Panther” and upcoming “Creed II” said looking out of a New York City hotel window referencing the passing of Marvel legend Stan Lee who died the previous day. Naturally, we’re here to talk about the “Creed” sequel which opens Wednesday, but the actor is preoccupied this dreary Manhattan day.

“The sky’s crying a little bit for Stan,” he said. “It’s been all the things he’s contributed to. Marvel changed the face of entertainment in a lot of ways. To be part of ‘Black Panther,’ one of the last movies he got to see come together, I felt really honored to be part of that.”

The success of “Black Panther” would not have been possible without Lee, who co-created the comic book character. It’s also unlikely the film would have been the smash hit it was without director Ryan Coogler, either.

Jordan and Coogler have been working together since “Fruitvale Station,” the acclaimed 2013 indie movie about Oscar Grant III, an unarmed black man who was killed by a white police officer in Oakland. Jordan said that Coogler showed him a person of color could succeed behind the camera in Hollywood.

“He was my representation,” Jordan said. “Being able to work with Ryan from a small independent film all the way to the biggest budget, to a Marvel film, he kind of showed me what was possible.”

Jordan shakes his head and turns his back on the gray New York City skyline to discuss “Creed II.”

“Okay,” he says, sitting down across from us ready to talk shop. 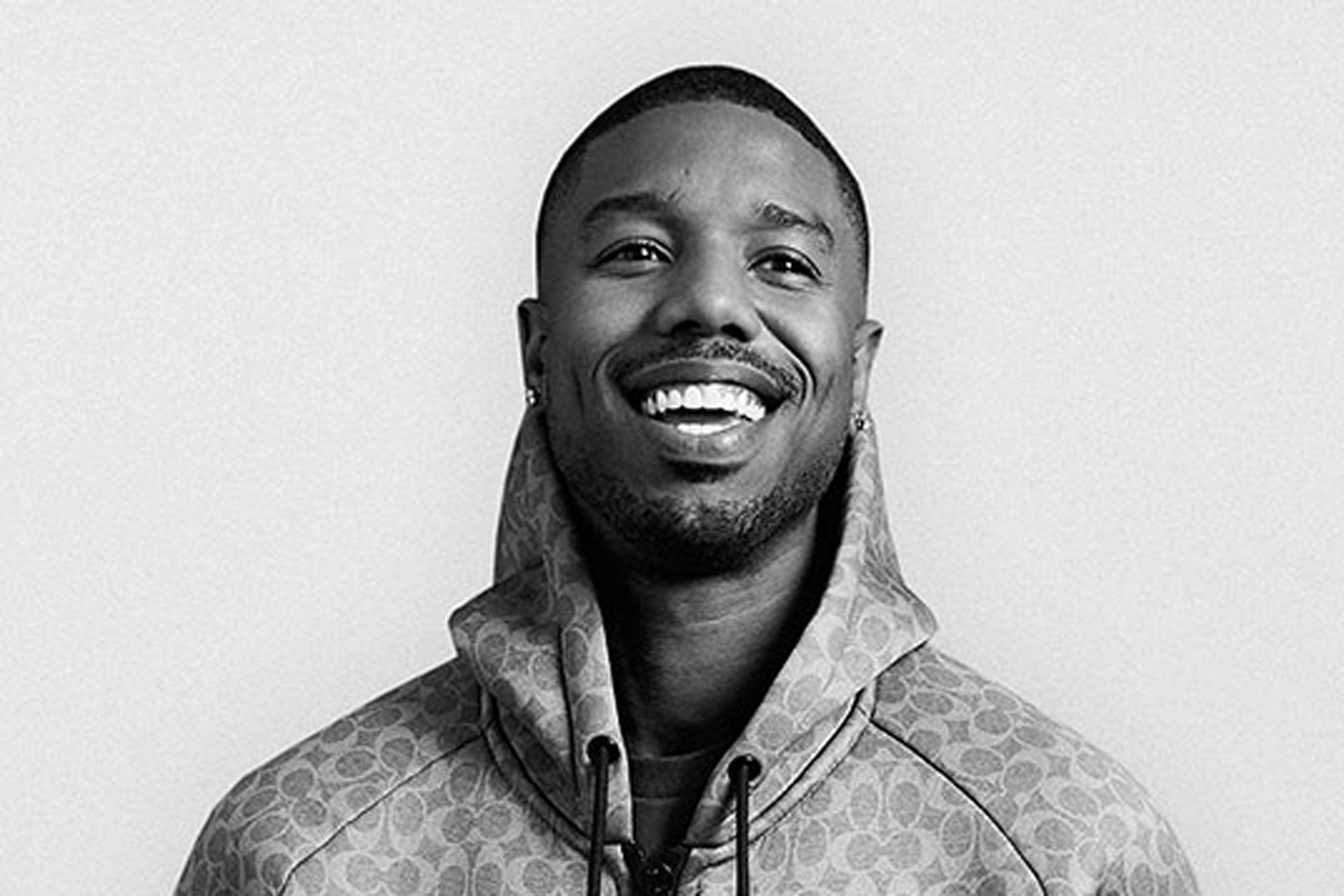 If Michael B. Jordan’s path to this moment was condensed and edited, it might look, appropriately, like a training montage.

Images of Jordan cutting his teeth on the Baltimore streets of “The Wire” and the Texas football fields of “Friday Night Lights,” followed by hints of a soaring talent (“Red Tails,” ″Chronicle”), shattering breakthroughs (“Fruitvale Station”) and setbacks (“Fantastic Four”) before reaching, with a pair of haymakers (“Creed,” ″Black Panther”), heavyweight status.

Parallel to Jordan’s steady rise has been the 31-year-old’s expanding sway behind the scenes in Hollywood. His production company, Outlier Society Productions, was among the first to embrace the inclusion rider, adopting the pledge to seek diverse casts and crews just days after Frances McDormand referenced it at the Oscars. Jordan was also influential on a similar agreement by WarnerMedia, making Warner Bros. the sole major studio thus far to sign up.

“He’s always been a big-idea guy,” says Ryan Coogler, who directed Jordan in “Fruitvale Station,” ″Creed” and “Black Panther.” ″He’s always been conscious of his own responsibility.”

“Creed II,” which opens in theaters Wednesday, finds Jordan’s character, Adonis Creed — like the actor, himself — adjusting to his newfound prominence: reaching the pinnacle of his profession while still having to fight for what he believes in. As Steven Caple Jr.’s boxing drama prepared to open in theaters, Jordan went door-to-door in Georgia urging people to vote in the midterm elections.

“You’ve been doing one thing for 20 years. Constantly working at it, trying to grow and become successful, or whatever your version of success is. And then you have a moment in time where everything seems to be coming together at the same time. Everything seems to be happening. But you live in a society, in a world that’s kind of going to s—,” Jordan said in a recent interview. “So to be able to use one to help the other, is something. To try to find your voice.”

It’s an answer with shades of Jordan’s typical performance: earnest, thoughtful, tinged with pain. Then he exhales.

“I don’t know, man,” says Jordan. “Honestly, there’s a lot going on right now, and I’m trying to find my place in all of it, professionally and personally.”

A big part of Jordan’s quest was “Black Panther,” in which he played Erik Killmonger. The part is ostensibly a villain, but in Jordan’s hands, Killmonger — a wounded, fatherless warrior bent on reparations through violence — has a depth uncommon if not outright alien to comic-book films. Between Killmonger and the Wakanda leader T’Challa (Chadwick Boseman) is a larger dialogue, one fraught with history, between African identity and the African diaspora.

“Making a movie, you rarely come out the other side the same. You either grow or regress. I came out a different man,” says Coogler. “The conversation that was had between T’Challa and Killmonger, what it means to be African — I didn’t know I needed that movie as much as I did until after I made it. I look back and I say: ‘Man, I really needed that. I needed that conversation.’”

The performance has made Jordan one of this year’s leading supporting actor contenders for the Academy Awards. Coogler praises his friend’s vulnerability in a complicated role.

“He was one of the few African-American characters, and he was carrying the weight of that cultural representation,” says Coogler. “Mike brings a lot of the empathy with him, as a person and as a performer. That’s one of the things that makes him special. Almost as soon as you see him, you empathize with him.”

Just as “Creed II” is opening in theaters, “Black Panther” is returning to them. On Nov. 27, it screens for free in arthouse theaters nationwide, a few months after wrapping up its $1.35 billion run worldwide. “Black Panther,” the year’s biggest domestic blockbuster and most resonant cultural event, left a mark on Jordan.

“Playing Killmonger, carrying that oppression, that feeling of being a representation of the African diaspora, I felt a certain pressure and responsibility to get it right. That was a very maturing process for me,” Jordan says. “To be very unapologetic, I had to play that role.”

A sequel to the acclaimed 2015 spinoff (it grossed $173.6 million worldwide on a $35 million budget), “Creed II” was fast-tracked by MGM in part to capitalize on the success of “Black Panther” and Jordan’s growing profile. Caple, whose feature debut was the 2016 indie film “The Land,” had his first meeting with producers around Thanksgiving last year. By the first week of January, he was in Philadelphia getting ready to shoot.

Caple preserved and expanded upon Coogler’s naturalistic approach, and the film’s best scenes unlock raw intimacies outside the ring. Especially notable is the chemistry between Jordan and Tessa Thompson, who plays Adonis’ girlfriend (“Mike feeds off of Tessa a lot,” says Caple), and the surprising pathos of the father-son relationship between Ivan Drago (Dolph Lundgren) and Viktor Drago (Florian Munteanu). In an echo of “Rocky IV,” the younger Drago is Adonis’ foe this time.

“He’s genuine. Then you meet him in person, and you realize he’s the same way in real life. You can’t act that or fake that. He used that as a vehicle to get where he is today,” says Caple. “Right now, he’s expanding on that with his business, with his production company, with his brand, and still being for the people in many ways.”

Jordan recently finished shooting “Just Mercy,” in which he stars as civil rights defense attorney Bryan Stevenson. The Warner Bros. production was the first Jordan made with the inclusion policy in place.

“The set, the crew was very diverse, all very capable. It was a great experience. Hopefully, other studios and other productions will follow our lead and demand the same thing from their sets,” says Jordan. “Change takes time. It’s a small step, but it’s the first step. I’m not expecting Rome to be built in a day.”

In September, Jordan and WarnerMedia announced that they were launching a company-wide inclusion rider with the film “Just Mercy.” Jordan stars in and executive produces the upcoming movie.

“Being a person of color, you always try to reverse-engineer or find ways to make things easier to give more opportunities for yourself and other people who look like you,” he said. “To be part of ‘Black Panther’ was just a monumental move, to shift the needle, to get people to look at things a little differently, to bust through these glass ceilings that were in place or the way people used to think about projects like that and also being able to work with the inclusion rider to be able to push that narrative forward.”

The actor is excited for fans to see a more grown-up Adonis Creed, and the evolution of the relationships from the first film, “especially between Adonis and Bianca, Adonis and Rocky.”

He continued, “He’s becoming a father now. He’s creating his own family and I think that’s something he’s been longing for for a really long time and the revenge element of it all — the fact that Drago is back in town, it makes you feel a little bit like ‘Rocky IV’ — that closure of ‘Rocky IV,’ you know — so you get that grudge match feeling. It’s action-packed.”

Jordan said being on set with Sylvester Stallone and Dolph Lundgren made him want to prove himself and get physical.

“I’m competitive,” he admitted. “You get me and Florian [Munteanu] — we both are very competitive. When you’ve got Sly and Dolph sitting over there and they’re talking about the good ol’ days, when they used to get in there and slug it out and get hit. They went through it and we kind of wanted to go through it, too.” Jordan said he was careful not to go overboard, but let his hands and knees take a lot of “wear and tear” while filming.

“Just Mercy” is set for release in 2020, but right now, Jordan is busy promoting “Creed II,” the sequel to the 2015 hit. He admitted that it was strange not to have Coogler direct.

“It was a little weird at first, but he was finishing ‘Black Panther’ at the time and he couldn’t do both,” he explained. “It was a really big deal; it was a lot of work for him on ‘Black Panther,’ and he was still able to produce [“Creed II”] but put it on Steven Caple, who is an amazing young director from Cleveland, Ohio.”

Jordan is making sure to give back what he can on Thanksgiving and has teamed up with Honey Nut Cheerio’s Good Rewards program which helps raise money for Feeding America. This is one charity that hits very close to home for the actor.

“I’ve always been around food,” he explained. “My dad worked for a food bank; he used to manage one in Newark, New Jersey. I always saw the need to help people; my mom’s a social worker. And they’re all very good cooks, so food has always been a very big staple in my life.”

In fact, Jordan said his family had a home catering business, and he grew up cooking. He said he’s still trying to figure out what to make for his Thanksgiving brunch this year.