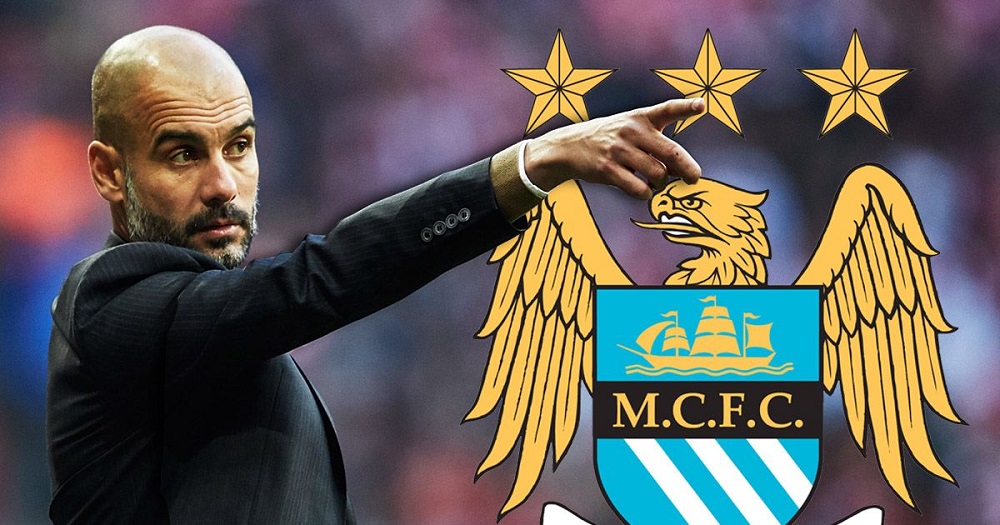 Some may have been in doubt about Pep Guardiola last season, but he’s already proven that his style is a winner as Manchester City can attest to.

Manchester City’s risk-versus-reward approach under Pep Guardiola was summed up in one passage of play during a Champions League match against Celtic.

With two opponents closing in, City goalkeeper Claudio Bravo coolly slid a pass between them to midfielder Fernandinho on the edge of the area. Pressured by two more hounding Celtic players, Fernandinho produced a Cruyff turn to create space for himself and burst upfield.

Just like that, Celtic was opened up, and City was launching another attack.

Guardiola acknowledges his possession-based style is fraught with danger, but it’s been getting results, with City making its best-ever start to a season in winning 10 straight games and scoring 30 goals in the process. It sparked talk of City winning the Premier League at a canter.

However, a 3-3 draw at Celtic on Wednesday that ended City’s winning run exposed potential fallibilities in Guardiola’s side. Bravely standing toe-to-toe with City, Celtic pressed high, hassled relentlessly and looked to outmuscle City’s ball-playing defenders. It worked, with City enduring an uncomfortable night at atmospheric Parkhead, especially at the back.

Sitting deep against City and attempting to soak up pressure has got teams nowhere so far. Celtic has shown fellow sides the blueprint to trouble Guardiola’s side: Take them on.

As it happens, Tottenham – one of the best proponents of a high-energy, high-intensity pressing game – is City’s next opponent in the standout match of the Premier League this weekend. It’s first vs. second in the standings, a meeting between two unbeaten teams.

Tottenham will know Bravo isn’t great under the high ball and takes risks with the ball at his feet. They’ll know the likely center-back pairing of John Stones and Nicolas Otamendi can be brittle. And they’ll know the absence of injured playmaker Kevin De Bruyne takes some creativity out of City’s side.

Tottenham beat City home and away last season, but it will be a huge task to stop the new-look City juggernaut.

Guardiola has got City operating at previously unseen levels. The team’s biggest problem under his predecessor as manager, Manuel Pellegrini, was its work rate. But under Guardiola, City is second behind Liverpool in the “distance covered” category, according to sports data company Opta. Dropping Yaya Toure has helped City in this regard.

Guardiola is getting the best out of winger Raheem Sterling, who was a disappointment last season after signing for $76 million, by giving him self-belief and playing to his strengths by getting him one-on-one with defenders as much as possible. He has five goals already.

Likewise, Aleksandar Kolarov is looking like a different player under Guardiola, who has even turned the Serbia left-back into a ball-playing center back – with mixed results. Playmaker David Silva looks liberated now that he is playing more centrally.

Then there’s Sergio Aguero, a scorer of 11 goals in seven games this season. Guardiola is still asking for more from the striker, saying he has to work harder when City isn’t in possession to help the team.

That sums up Guardiola’s demanding approach. As does his removal from the first team of goalkeeper Joe Hart and Toure, who were mainstays for the past six years. They didn’t fit his philosophy – Hart for his poor footwork and Toure for his lack of intensity in midfield – so they’ve been banished.

“I want to have control,” Guardiola said after City beat Manchester United 2-1 this month.

He was talking about his ball-possession, but he could so easily have been referring to his grip on the squad.

Here are some other things to look out for this weekend before the Premier League has a two-week break for international matches:

Theo Walcott’s future at Arsenal looked bleak after a disappointing last season when he was mostly used off the bench and lost his place in the England squad. Now it appears he’s back to his best.

Walcott has started all of Arsenal’s league games and has scored four goals in his last three games ahead of Sunday’s match at Burnley. The pacey winger credits his improved form to a chat he had with manager Arsene Wenger during the offseason.

“I want it more than anyone else,” Walcott said.

Arsenal is unbeaten in eight games since losing to Liverpool on the opening weekend.

West Ham manager Slaven Bilic is hoping a players’ night out this week will improve the team’s fortunes after five losses in six games in the league so far.

“I told Mark Noble, the skipper, to take the guys out to dinner,” Bilic said. “To spend time together is always good. I’ve been there before. It’s definitely a good idea.”

West Ham has lost its last two home games at the Olympic Stadium – where there’s been trouble among Hammers fans at times this season – and next visits Middlesbrough on Saturday.