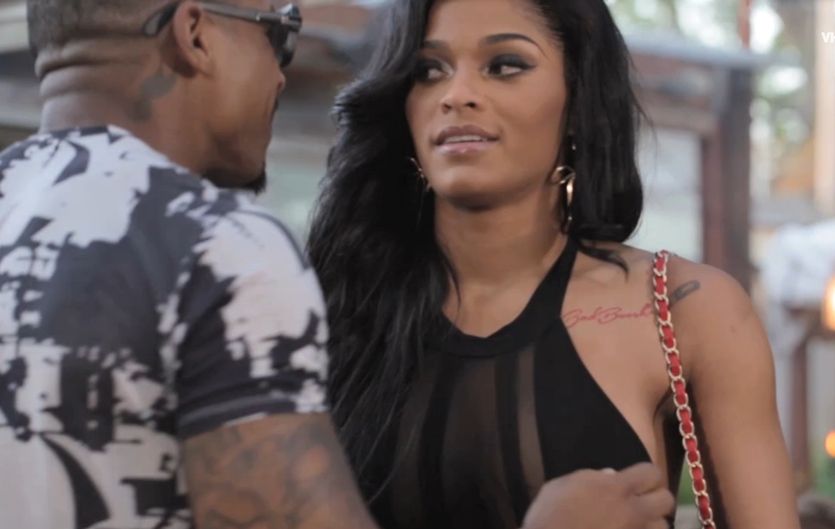 This week on Love & Hip Hop Atlanta, there is a whole lot of drama, and Karlie Redd gets what she is thinking is a marriage proposal. But you know how crazy this show is, nothing is ever quite what is seems.

After Karlie Redd recovers from her fainting spell, she quickly learns that Lyfe’s ring offer is not what she thinks. It is pretty much a goodbye promise ring, as he tells her, “This is a promise ring, and I promise you that you not gonna never find another nigga like me.” He then goes on to let her know, “You can keep this, but you can’t keep me. I can’t do this man.” Karlie chases after him trying to understand what he just did. Lyfe maintains that she is not what he needs because all she wants to do is club and be out there. She tries to reason with him, but he’s done with their relationship. For the record, this whole scene is really messed up. He didn’t have to do her like that, especially since she says he’s been doing his own thing too. 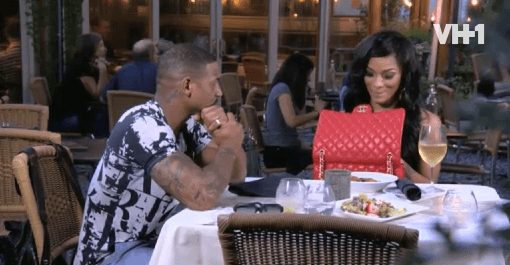 Ariane gets some face time this week. She first meets with D. Smith in an attempt to get her music career going. But things don’t work out the way she wants. D has a vocal coach at their session, which is a turn off for Ariane. She and the music producer ends up getting into a little spat as D doesn’t think she’s ready and Ariane doesn’t think she needs development.

The wannabe singer then hooks up with her girl K. Michelle in New York. K. invites her friend to go with her as she does her rounds in NYC so she can see what the life is about and Ariane is overjoyed. Well, Ariane gets a majorly rude awakening when the singer leaves her high and dry after a performance. Apparently, K doesn’t wait for people and Ariane took too long. That’s pretty cold to drive off without your friend. She’s pissed about it too.

Joc finally steps up to the plate and talks to J-Nicks about Amber. It doesn’t affect their friendship because the radio DJ doesn’t really car what she does, he’s moved on to Tiarra. And to show Amber that he’s over their situation, he brings his new boo to her cosmetic line launch. Needless to say, things blow up, and Amber and Tiarra are pulled into separate corners to stop them from fighting.

Speaking of fighting, there’s a lot of it going on in L.A. Stevie throws a pool party and of course Joseline is there. He invites Jessica Dime; Hernandez invites Dawn. Karlie and Tiarra are also there (this is before Tiarra goes back to ATL and crashes Amber’s event). While Stevie and his crew look down upon the peasants, I mean, guests at the party, Karlie tells Dime and Tiarra what Lyfe did. Then, she takes the liberty to let Tiarra know about Scrap. This does not go well, which I totally don’t understand. If you aren’t with your baby daddy and have in fact moved on, why the hell do you care who he screws? I mean she and Karlie aren’t even really friends like that. Their altercation is the first fight of the pool party. Right after they get into it (Karlie is escorted out), Dime gets into with Dawn and Joseline. Why can’t this grown ass women just get over themselves and have some class? Is that too much to ask?

On the way back to Atlanta, Tiarra fills Mimi in on what happened at the party. She also asks about the situation with Stevie, and we find out that Mimi has never put him on child support. But after everything that happened with the fake baby a few weeks ago, she is seriously thinking about getting something down on paper. In the end, Scrappy tries to make amends with Bambi at Tammy’s swimsuit launch. He shows up with flowers to cheer his ex on as she walks the runway. According to the rapper, the bachelor life is not for him, and he wants his girl back. Meanwhile, Tammy deals with the reality that her marriage is more than likely over as she moves out of the house she shared with Waka. Their separation is hard not only on her but also on Deb, his mother. She shows up to Tammy’s event, and they have a heart to heart. It hurts because she views her daughter-in-law as her daughter. As they cry it out, Scrappy makes his move on Bambi. While she confesses that she misses him, she plays it coy and lets him know that he has to do better if he wants to get back together.

Next week on “Love & Hip Hop Atlanta,” Tommie and Joseline have a falling out, and Mimi lets Stevie know she wants some money.