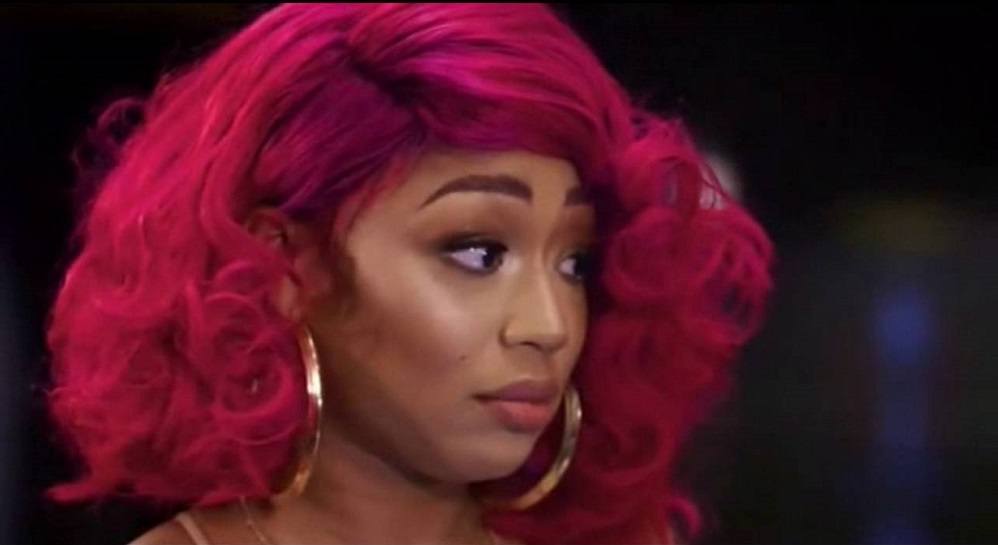 This week on Love and Hip Hop Atlanta, half of the cast is in LA for the Grammys and the other half is chilling in Atlanta for some “Funny Business.”

Momma Dee has lunch with Joc, and her intentions are to get her cousin to give in and do a song for her. Joc, trying to be nice, says she needs a dance song, something appropriate for her age. When asked to do it, he reluctantly agrees. When he tells her she needs to dig deep to talk about a particular kind of issue, she has just the thing – Ernest. She thinks he’s been creeping and plans to get to the bottom of his secret bus rides. Momma Dee puts a tracking device on his phone and closes in on her husband.

And by “closes in” I mean she finds Ernest talking to Shirleen in a restaurant. She goes off and tells him about the tracking device. The more Shirleen hears her speak, though, the more she knows this woman is crazy. Momma Dee does not want to listen to what her husband nor Shirleen has to say. Ernest has messed up now. 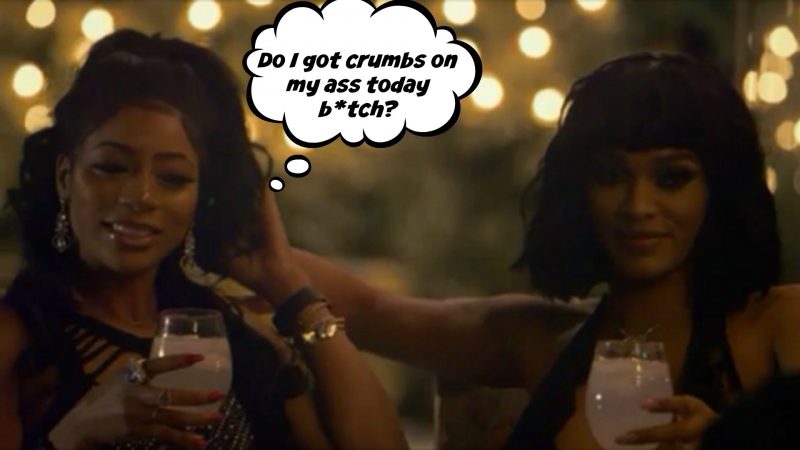 Afterward, Jessica and her messy ass shows Karlie some pictures of Lyfe Jennings and his wife. His being married is a brand new piece of information to Karlie, but she vows to get to the bottom of it all.

Stevie and Mimi have a moment because she is tired of his shit. She confronts him about working with Dime after giving her a hard time when she was trying to manage the stripper turned rapper. Mimi ends up pouring out her heart to him about everything. He vows to do better by her.

To clear his mind, Stevie goes to the studio and Faith Evans, one of his good friends and long-time music partners, meets him there. He confides in her about his issues with Joseline and drops the bomb on her that he and his “wife” were never married. She understands that he’s pissed, but admonishes him not to go he can’t be tit for tat with her. 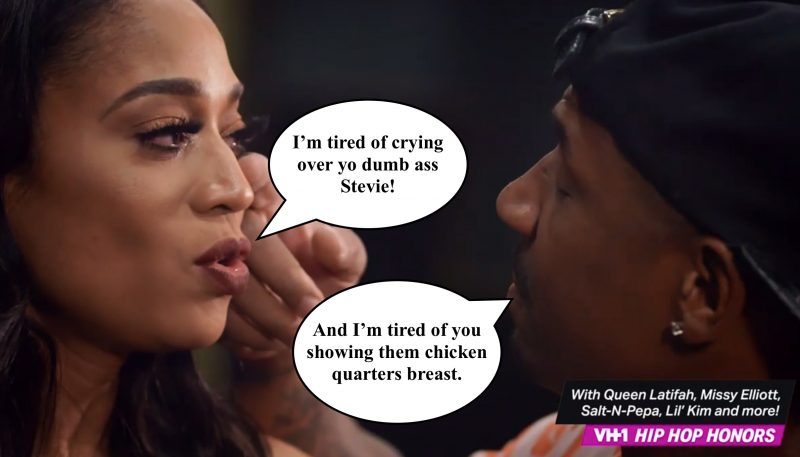 Later, he invites Joseline to the house he’s staying at during the Grammy’s so that the two can talk about their issues. He tells her that he doesn’t plan on having his empire come crumbling down because of her. Stevie lets her know that the picture she took with Rick Ross is not acceptable, and she owes him an apology. She laughs it off, as it’s all a game to her. Because it is a game, she wants to see how much Stevie can take. So what does Joseline do? Brings out Tommie in an attempt to have some kind of fantasy come true. It ends with Joseline and Tommie naked in the pool with Stevie watching.

Then there is Rasheeda and Kirk. Their house is almost finished, and I have to admit that it looks amazing. Along with finalizing their new home, Kirk is getting rid of the Buckhead “office” and is incorporating a studio in the new house. He is also transforming their other home into artists’ quarters for the people on his label. This does not sit well with Kelsey, Kirk’s daughter who so desperately wants her parents to sign her to their D-Low. Rasheeda ultimately tells her “not right now” and that pisses Kelsey off even more.

The next day at Rasheeda’s shop, Pressed, Kirk shows up with his new artist Sam, who they are letting live in their old house. Rasheeda tells Kirk about Kelsey’s attitude which he handles. He calls his daughter over to him and tells her that moping around only proves to them that she’s not ready to be signed. She feels like Sam is stepping in taking over her life and her parents are enabling her. She walks out on Kirk and Rasheeda and her job.

Betty introduces D to Ceelo Green. They have a conversation about music. Dee talks about her transitioning and Ceelo is pretty impressed by her when he hears her music.

In the end, Karlie does find out what’s really going on with Lyfe. She confronts him, in a park, about being married to a German chick. He quickly puts those rumors to rest and then confronts her about Scrapp. This trick tries to downplay their involvement, telling Lyfe that Scrapp was there for her, checked on her and one night when she was too drunk, he got her a hotel room. Wow, what about that retreat the two of you took Karlie? Then she tells him that they aren’t even messing with each other like that anymore because he’s in jail for 20 years. I’m floored. Scrapp is only serving five of those years in prison with the other 15 served through probation. Why doesn’t she just tell him the truth? I guess to show her that he is serious about their relationship, Lyfe does something she did not see coming- Proposes. Karlie faints.

Next week, things blow up when Karlie finally tells Tiarra about her relationship with Scrapp and Joc lets J-Nicks know about Amber.