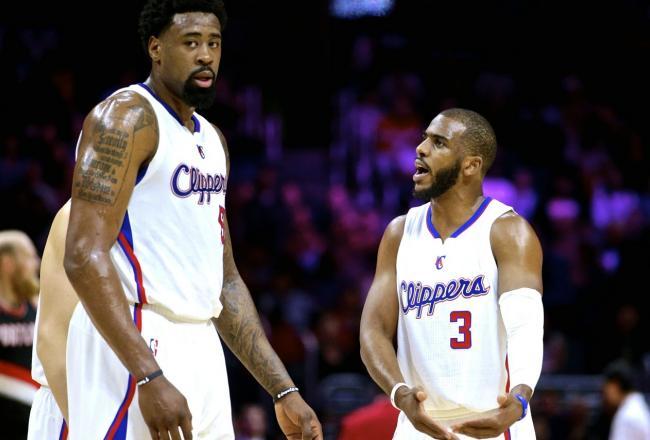 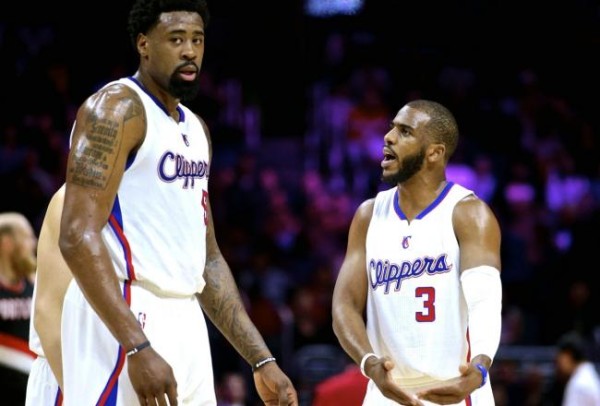 DeAndre Jordan passed up over $100 million last week to leave the Los Angeles Clippers and commit to the Dallas Mavericks and a four-year, $80M deal. Well, apparently he’s having some second thoughts…or at least the Clippers are hoping he is.

Players are usually considered off the market once they have reached a verbal agreement with a team; however, the Clippers could care less about the NBA’s moratorium* etiquette—they want their center back.

Jordan announced last Friday that he would be leaving for Dallas, after which he flew down to his offseason home in Houston, Texas. To show their commitment to the big man and make one final push at bringing him back, Doc Rivers and owner Steve Ballmer are reportedly making the trip to Houston to convince him to return to L.A.

The coach and owner aren’t the only ones that see the importance of having Jordan in that silly new logo, and multiple Clipper players have joined in on the “Bring DJ Back” campaign.

Blake Griffin has been in constant contact with his fellow big trying to convince him that he’s better off in Los Angeles than Dallas. Ironically, Griffin may be part of the reason Jordan decided to leave originally, stating that he wanted to be “the man” for a team and felt that he would be more likely to achieve this with the Mavs than the Clippers.

The point guards got in on the action too. Chris Paul has been in contact with Jordan throughout the process despite reports that the two didn’t get along well this past season. J.J. Redick on the other hand gave the Clippers an ‘F’ for their offseason grade solely because they lost out on Jordan.

“Listen,” said Redick in a Bleacher Report Radio interview last week. “We had one priority this summer, and that was to resign D.J., and we missed out on that. So barring some miracle, the makeup of our team is completely different now. Is there an F- minus?”

Redick continued to shine some light on why the Clippers are pushing so vehemently for a player that has already made up his mind to leave:

“He was such an integral part of what we did, not just defensively but offensively with his screening, his rolling, his offensive rebounds,” continued Redick. “His presence down low essentially made teams either commit to the 3-point line when Blake or Chris [Paul] penetrated or commit to him, and that either opened up lobs for him or 3s for guys like me and Jamal [Crawford] and Matt [Barnes].

“So he was a huge part of what we did, and missing out and having him leave for Dallas gives us a failing grade.”

According to a few sources, Jordan has been feeling “torn” and “unsure” since deciding to join the Mavericks. He still loves the City of Angels and his team.

Let’s see if Doc Rivers has an ace up his sleeve for the meeting.

* NBA’s moratorium is the period of time between the start of free agency and the time when teams are allowed to actually pen a player. Only verbal commitments and negotiations happen during this time, allowing the NBA time to calculate the salary cap and luxury tax figures for the season.