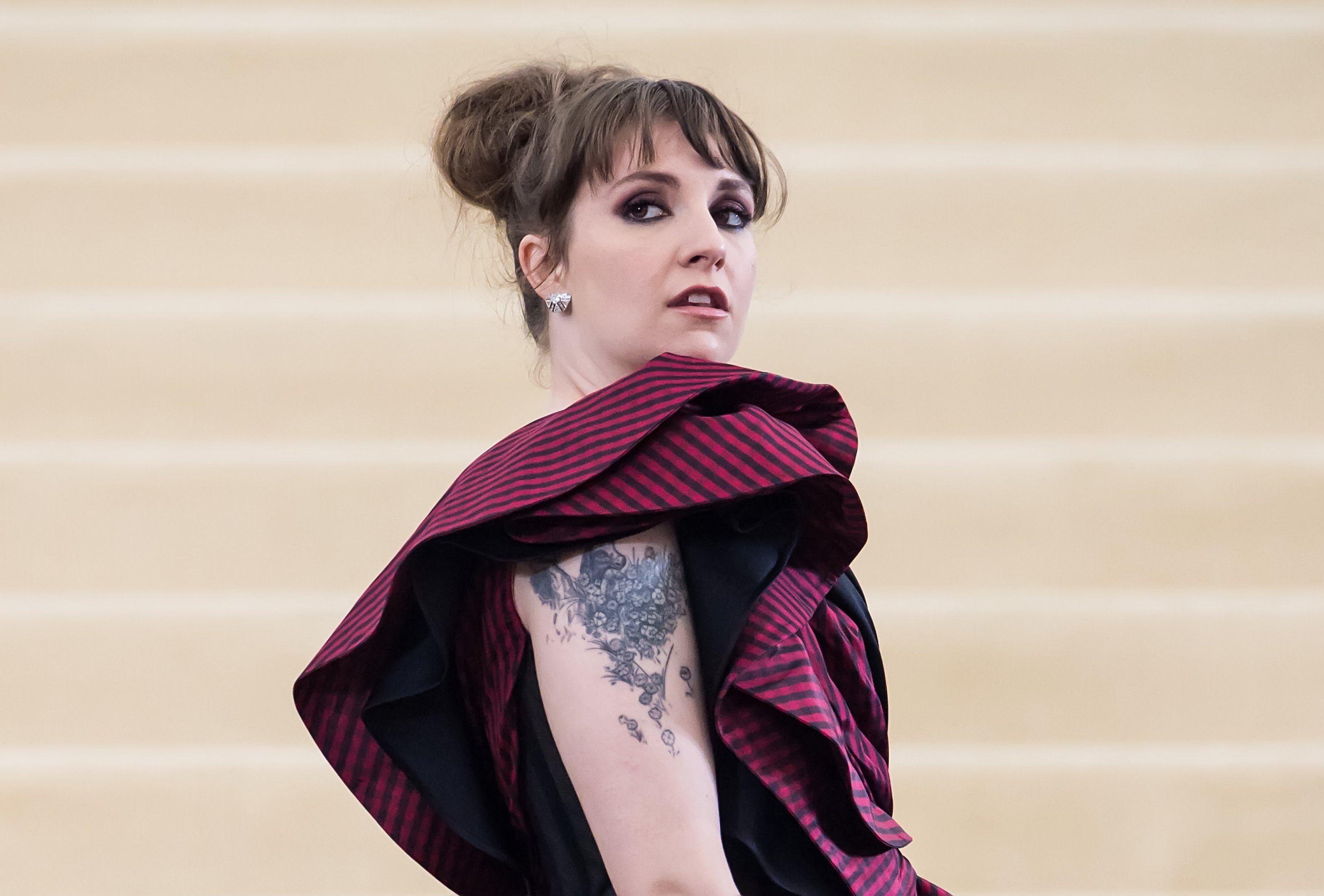 Now that her show Girls has wrapped up, actress and outspoken starlet Lena Dunham is moving on to her next TV-related project. This week, it was announced that Lena has officially joined the cast of the one the most popular shows currently on TV.

On Wednesday, Ryan Murphy, who is the mastermind behind the show American Crime Story, which airs on FX, tweeted out about Lena joining the cast of ACS. In the joyful tweet, Ryan posted, “Thrilled that my talented friend Lena Dunham is joining the AMERICAN HORROR STORY family. Always wanted to work together, and now we [are]!”

In addition to Lena, there are several other new stars that have been cast for the show’s upcoming season (which remains still, for the most part, under wraps). In fact, Ryan Murphy previously revealed that Scream Queens actress Billie Lourd would be joining the cast, as well as comedian Billie Eichner. 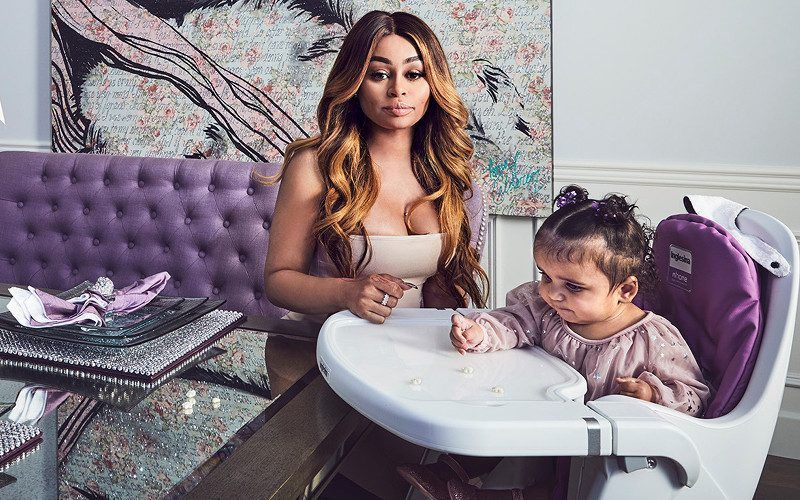 In a brand new interview with People magazine, reality TV starlet Blac Chyna got candid about the relief she felt after ending her rocky relationship with Rob Kardashian. As you are probably well aware, Blac Chyna and Rob Kardashian’s romance was far from one out of a fairy tale. While the duo was quick to get engaged and have a baby together (a little girl named Dream), they were constantly fighting and breaking up. Over the last few weeks, the level of animosity between them bubbled to an all time high, as Rob took to his social media to completely slam his ex and post revealing photos of her for all of his followers to see.

In her interview with People, Blac Chyna explained that there was “absolutely no” way that she and Rob would get back together. She stated, “I’m glad I’m relieved of [Rob], but damn, why did I have to get relief in this way? I feel like God does certain things – not to hurt you, but to show you your true strength. I fee like, if I can come out of this, I can come out of anything.”

The cosmetic line creator went on to talk openly about her two young kids, King Cairo and Dream, who she shares with rapper Tyga and Rob, respectively. Chyna gushed, “I’m not going to take something that happened to me in the past into my future. First and foremost, I’m going to make myself happy because once I’m happy, then Dream can be happy and then King can be happy and then everybody else around me can be happy.”

Later in the interview, Chyna slammed her ex (Rob) for posting revealing photos of her on social media in an attempt to shame her. The starlet ranted, “Words are words, but once you start posting actual pictures, then that’s just not right. It’s actually against the law. If I was to go and do a very artsy, high-end photo shoot exposing my breasts, that’s my choice. This is my body. It’s my right. Once somebody else does it, it’s just not right. I’m hoping that somehow, someday, this will let [more people] know, ‘Don’t do it.’”

While Chyna has gone through a lot over the past few weeks, she is not going to let this whole scandal force her into hiding. The star told People, “When somebody that’s actually been the closest to you says these things, other people are going to believe it. But the people that I actually care about, my family and friends, they’re all I worry about. I’m not going to sit here and hide in my house over somebody else being hurt or jealous or insecure.” 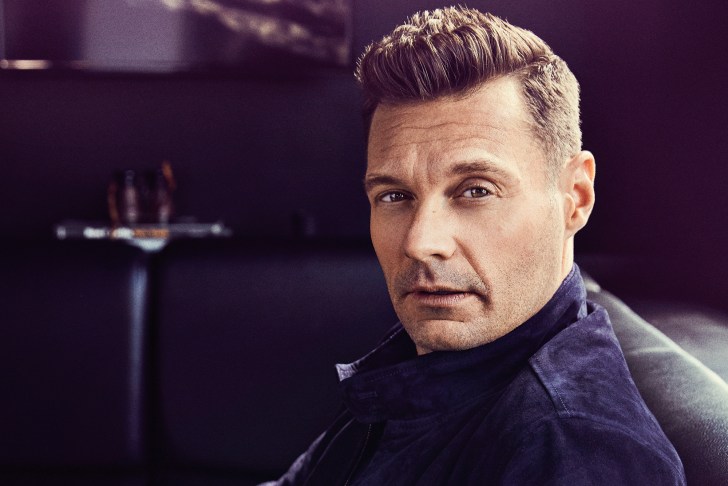 Ryan Seacrest will be back hosting “American Idol” when it returns for its first season on ABC. Kelly Ripa made the announcement on Thursday’s “Live with Kelly and Ryan,” which she has co-hosted with Seacrest since he joined her in May.

“I am happy to confirm … that Ryan Seacrest is returning as the host of ‘American Idol,'” said Ripa as the studio audience whooped.

Seacrest said he was excited to be doing it again.

“I don’t know if you’ve ever been in a 15-year relationship and then, for a reason that you really don’t know, you break up,” he said. “I thought, ‘Gosh, it would be great to get back together at some point.'”

Seacrest had a grand history with “Idol” during its smash-hit run on Fox from 2002 through 2016. Reclaiming that job now gives him an additional role in the Disney family, which owns ABC and produces the syndicated “Live.”

His potential return to “Idol” had sparked much speculation since ABC announced in May that it would revive the talent competition. The program airs from Los Angeles and “Live” airs weekday mornings from New York. But the 42-year-old Seacrest is no stranger to a packed work schedule and cross-country flights.

“You can have all the tickets you want,” he told Ripa, “and you can come back and forth with me any weekend.”

Seacrest will also continue his syndicated Los Angeles morning-drive-time radio show, as well as a nationally syndicated Top 40 radio show, from his iHeartMedia studio in the same Manhattan complex where “Live” is telecast. He also hosts and executive produces ABC’s annual “Dick Clark’s New Year’s Rockin’ Eve with Ryan Seacrest,” and is a busy producer of series in which he doesn’t appear, including “Keeping Up with the Kardashians” and its many spin-offs.

ABC Entertainment President Channing Dungey called Seacrest’s talent “limitless, and I can’t think of a more appropriate person to honor the ‘Idol’ legacy as it takes on new life than the man who has been there through it all.”

On Fox, “Idol” dominated TV in the 2000s and minted stars like Carrie Underwood, Jennifer Hudson, and Kelly Clarkson, while making its judges, such as Randy Jackson and Simon Cowell, household names. It was the No. 1 series for nine years, peaking with 30 million viewers each episode in 2006. But by its last season the average audience had dipped to 11 million and skewed older, and NBC’s “The Voice” surpassed it in popularity. Fox eliminated it. Even so, in today’s television world, an audience of 11 million would rank it among TV’s top 20 shows, a fact that clearly didn’t escape ABC’s notice.

On the final Fox edition, a hopeful Seacrest told viewers, “Goodbye – for now.”

The nationwide search for the first ABC-aired “Idol” begins next month. ABC has not announced a premiere date. 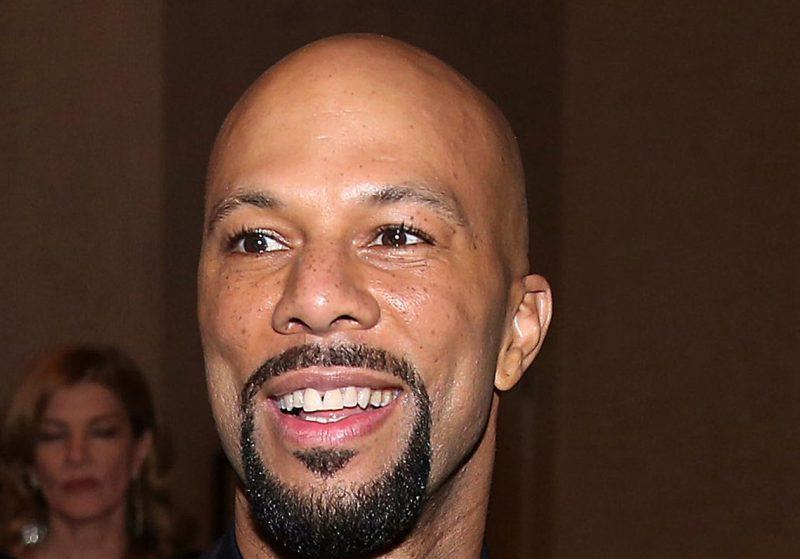 Oscar and Grammy winner Common surprised a group of New York students by donating $10,000 to help their teachers buy supplies like calculators and science kits.

The rapper-actor partnered with the nonprofit AdoptAClassroom.org and Burlington Stores to give Renaissance School of the Arts in Harlem the funds on Thursday. Students cheered loudly after they learned the musician was at their school.

Common was on-site with his mother, Dr. Mahalia Hines, an educator and member of the Chicago Board of Education. She said she remembered spending her own money to buy essential materials for her classroom.

Common encouraged the students to keep their grades up and to persevere – in school and in life.

Burlington has been raising money from its 599 stores to help other schools, asking customers to donate $1 or more. 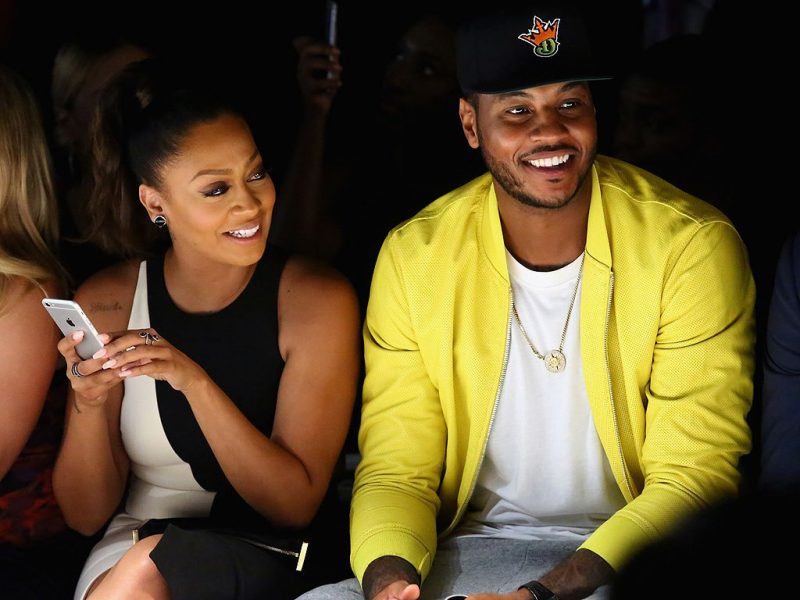 La La Anthony and Carmelo Anthony are going through a turbulent time in their marriage, but she claims they remain close.

The “Power” actress opened up about her strained marriage — the two separated in April after he allegedly cheated and impregnated a stripper — and said she’s focusing on herself rather than her marital problems.

“I’m having a good time. I’m living my life,” she said on “The Breakfast Club” Wednesday. “Hell, I’ve been through a lot, so I’m just enjoying it; having fun and just really happy about where my life is right now.”

But when asked whether she’d move to Houston should Melo get transferred to the Rockets, La La stood firm on her love of New York.

“I’m not moving anywhere,” La La declared. “I don’t know about those trick questions, but I’m staying in New York.

“We’re not at that place right now,” she added when further prodded about whether she’d move with him if he moved. Despite it all, La La is keeping her head held high by focusing on the other important things in her life.

“It’s good to have something to focus on. Whenever things are going crazy in life I usually put my energy on [my son] Kiyan and my work, which is what I’ve been doing,” she explained. “Kiyan has been doing amazing. He’s killing the basketball scene in a way that just blows my mind and my work is going great, so that’s where I put my focus.”

The rest of the goings on in her life will figure themselves out, she said. “My [relationship] status right now is putting myself first, which I always say … whatever’s meant to happen will happen.”

Until then, she’s not worried.

“He’s my best friend. When you’re with someone for 13 years since they were 19 years old, and you have a 10-year-old child, you’d hope that you guys would be cool,” La La told the radio show. “We are the best of friends.” 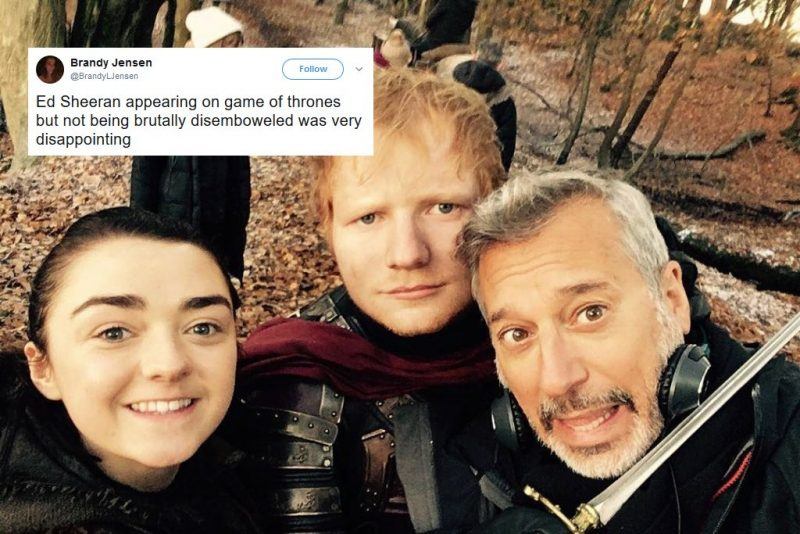 After his ill-timed deletion of his Twitter account, followed by its almost immediate return, the singer is shedding some light on the issue.

“Last I’ll say on this,” he wrote. “I came off Twitter Coz [sic] I was always intending to come off Twitter, had nothing to do with what people said about my game of thrones cameo, because I am in game of thrones, why the hell would I worry what people thought about that. It’s clearly f—-g’ awesome. Timing was just a coincidence, but believe what you want.”

The idea that Sheeran’s Twitter deletion had nothing to do with his “Thrones” appearance might seem convenient, but the singer did previously rail against the social network while speaking to The Sun.

He told the outlet that he only uses his Twitter now to post his Instagram photos and finds it nothing but a place for people to say “mean things.”