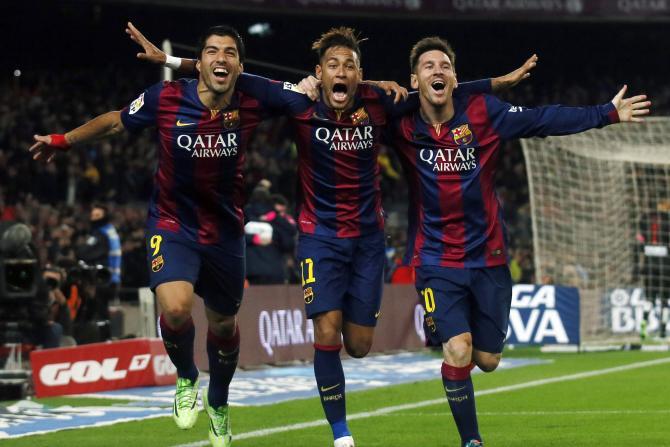 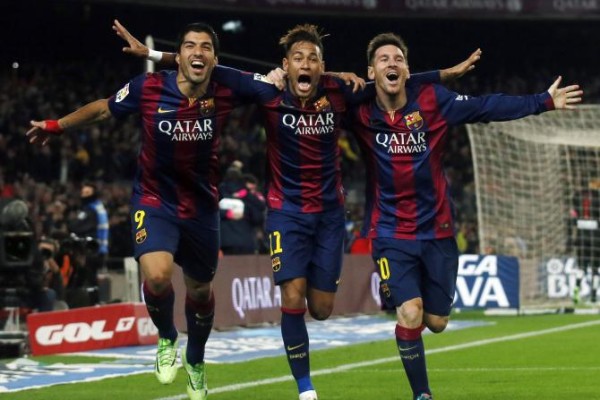 Atletico Madrid have closed the gap at the top of the table as Barcelona failed to register their 12th win of the season against Deportivo La Coruna on Saturday. Rafa Benitez’s Real Madrid were unable to capitalize on Barca’s misfortunes as they lost to Villarreal at the weekend.

The defending La Liga champions Barcelona got held by Deportivo La Coruna in a 2 – 2 draw at Camp Nou. Lionel Messi and Ivan Rakitic gave the Catalan giants a two-goal lead before the half-time, but the visitors made a comeback in the second half. Martinez and Garcia netted one each in the normal time to earn a memorable point against the treble winners. Deportivo are now sixth in the league table and are five points behind the fourth-placed Celta Vigo.

Real Madrid lost 1 -0 at Villarreal at the weekend. Roberto Soldado’s eighth-minute strike has allowed his side to keep pace with the teams competing for the Champions League berth. Real Madrid are only five points behind the league leaders, but their form of late hasn’t been spectacular in any way. Los Blancos have lost three out of their last six games. Their defeat at Villarreal on Sunday has yet again pulled Rafa Benitez’s future at the club in danger. There are many reports in Spain claiming that the Spaniard might make way for Zinedine Zidane, who is reportedly ready to take charge of the Spanish giants if the results don’t improve by the end of this year.

“We’re conceding fewer goals, but we’ve had chances and haven’t found the target. We have to be more clinical. In the second half, we were the better side. The team started the second half so well that it seemed a matter of time before we took one of our chances, and that’s why I held off on making substitutions because the team was playing well”.

Atletico Madrid are once again showing signs of promise this season. Diego Simeone’s men look set to challenge Real Madrid and Barcelona for the Spanish crown. The 2014 La Liga champions won 2 – 1 at home against Athletic Bilbao. Laporte’s strike in the 27th minute troubled Atletico, but they came back from behind to earn three very important points. Niguez canceled out Bilbao’s lead just before the half-time break and their star player Antoine Greizmann sealed the victory in the 67th minute of the match.

“It was a very hard match, it’s not easy when you start one down,” Simeone said.

“In the second half, we were much closer to [producing] the performance [we needed] to win the game.

“We knew that today [there] would be much direct play and it would be a hard match. We improved in the second half and deserved to win.”

Gary Neville’s Valencia suffered another draw, and they are currently eighth in the league table, only a point behind Sevilla. Sevilla won 2 – 0 at home against Sporting Gijon, courtesy of a brace scored by Gameiro.