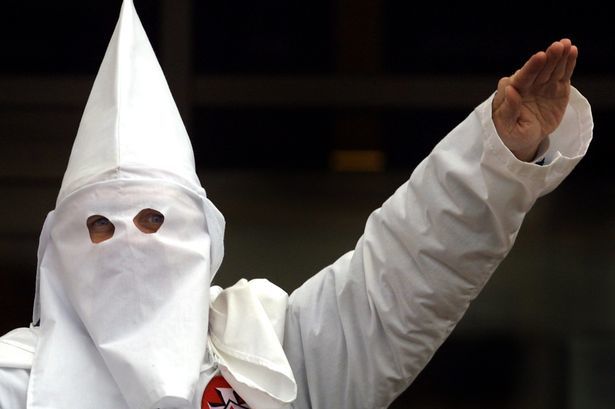 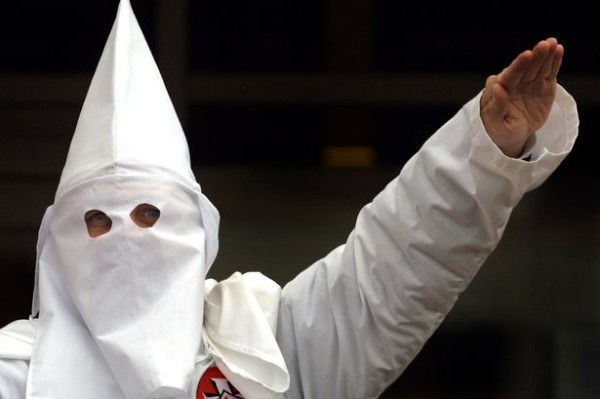 As of November 5, 2015, thousands of people are now in a bind. Normal people who seem like nice neighbors who are actually hiding some skeletons behind white picket fences. Normal housewives, pastors, lawyers even politicians have been outed as being members, associates or being related to the Ku Klux Klan. Hacking group Anonymous had made good on their threat to release the names of Ku Klux Klan members and their associates in response to the Ferguson incident. Nowadays, not even pointy hats, masks, and white robes aren’t enough to hide the identities of the long-time racist and white supremacist group.

The Ku Klux Klan, for international readers, is a widely known group in the United States that promote white supremacy, white nationalism, and anti-immigration. In short, they’re racist bunch of people that wear white robes, hoods and pointy hats like Lord Voldemort’s Death Eaters as shown in the Quidditch World Cup (Harry Potter: Goblet of Fire), except they wear white. They’re known or often depicted in media to terrorize the homes of non-white people, often African-American by burning crosses nearby and the occasional assault or murder. The group started out in 1865 and over the years has taken on several incarnations, the latest of which are composed small, organized local groups that use the name. Aside from being racist, they’re also anti-Semitic and anti-Catholic. The Ku Klux Klan is considered in the United States as a right-wing extremist organization.

This poses a very serious problem for outed members and their families. There may even be persons in the list unaware of their relations with active members and may even be entirely innocent as Anonymous identified the members through IP access identification from addresses they gathered hacking KKK websites. But according to Anonymous, they have made great efforts to ensure the list was genuine, verified the names and addresses and searched for continuous activity through social media. A previous dump was released prior to their November 5 announcement that contained names of prominent people who were most unlikely to be members. Anonymous denies releasing the dump.

“We need to make room for important, blunt, honest, public, productive conversation. Violent bigotry IS a problem in the United States. This is not a colorblind society… Part of the reason we have taken the hoods off of these individuals is not because of their identities, but because of what their hoods symbolize to us in our broader society.”

If the Impact Team made the world unsafe for online cheaters, Anonymous may have dealt a heavy blow to racism and white supremacy. The United States, as it continually promotes itself as a country that cherishes freedom and equality that welcomes qualified members of all races and religions to become productive citizens, still often finds itself under the microscope for not living up to its own principles. The most known instances include Rodney King of Los Angeles, California; Michael Brown of Ferguson, Missouri, Freddie Gray of Baltimore, Maryland and the alleged selective Hurricane Katrina relief efforts in New Orleans. Racism is almost always present or often opened up in social media and web comments along with Democrat/Republican squabbles. It makes it more and more difficult to visualize America as a real unified, racial and cultural melting pot of a nation, except maybe in movies and TV shows where everyone is shown as being hunky-dory with each other.

“The reality is that racism does NOT wear a hood, but it does permeate our culture on every level… We hope Operation KKK will, in part, spark a bit of constructive dialogue about race, racism, racial terror and freedom of expression, across group lines…”

It’s a novel effort on the part of Anonymous to force America to confront its racial divide. This effort, however, will result in thousands of ostracisms, ruined reputations, ruined relationships and ruined lives. Such is often the risk for those who take up dual identities in order to pursue goals contrary to mainstream society. The serious potential damage done to many of those involved will force others to become more careful, to think twice or to simply get along well with each other. Blacks, Whites, Asian, Latino, Arabic, Christian, Jewish, Muslim, Gay and Straight can just live together, be nice, be well a-la San Angeles (Demolition Man) and keep their beliefs to themselves. If anyone’s getting burned, it will be up to whatever deity we believe in. Or just sing Imagine. John Lennon couldn’t have said it better.