Kelly Ripa had both fans and ABC executives panicking as she reportedly flipped out after she was informed that her co-host, Michael Strahan, was leaving Live! to join the Good Morning America team.

After Tuesday’s episode of Live! with Kelly and Michael, sources say Kelly felt completely “blindsided” when she found out about Michael’s departure just moments before the announcement was made public. Kelly proceeded to be a no-show for the rest of the week.

According to insiders, Kelly’s hiatus was actually pre-planned. In fact, she booked the time off a while ago as she and her husband Mark Consuelos were planning to go to the Turks and Caicos to celebrate their 20th wedding anniversary. However, after Michael’s shocking announcement and all of the subsequent drama, Kelly and her hubby opted to not go on their celebratory vacation.

Fortunately, Kelly has decided to return to her position as co-host on Live! next Tuesday. In an email directed to her staff at the show, Kelly stated:

“(Sorry for this late Friday night email). I wanted to thank you all for giving me the time to process this new information. Your kindness, support and love have overwhelmed me. We are a family, and I look forward to seeing you all on Tuesday morning. Love, Kelly.”

While countless outlets report that Kelly is still absolutely “livid” with both Michael and the network executives that kept the departure a secret, the pint-size TV personality has yet to talk publicly about how her thoughts and feelings.

Moreover, it is more than likely that the show next Tuesday will pull in plenty of viewers as Kelly inevitably has to address the elephant in the room. Unless Michael Strahan pulls a no-show, but that seems unlikely. Watch the ratings rise this week. 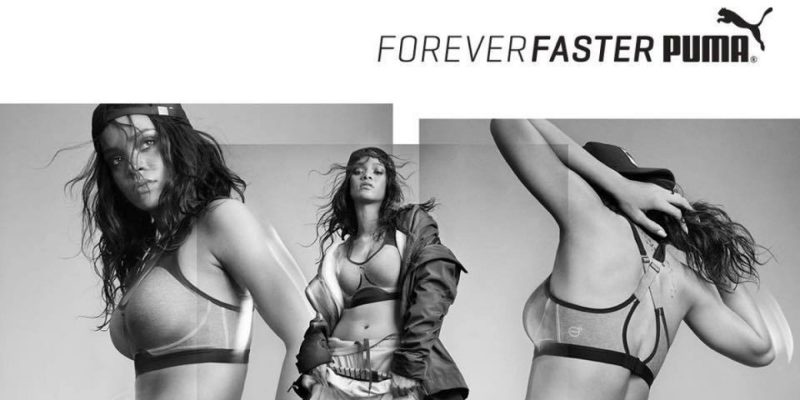 Kanye West isn’t the only celebrity who is killing it in the shoe industry. Global superstar Rihanna is proving just how much star power she has through her collaboration with athleisure brand Puma.

Back in February, Puma revealed that they had an 11.5% jump in sales in the fourth quarter of 2015, which they largely attributed to their partnership with the Barbados beauty. Their success further skyrocketed after Rihanna debuted her first fashion line with the brand, Fenty Puma, at New York Fashion Week – which ended up getting ample praise from consumers and fashion critics.

On Friday, Puma released Rihanna’s exclusive fur-covered slides (a type of sport-inspired sandal) and within minutes their company website crashed. According to reports, the sandals completely sold out in less than 30 minutes.

Subsequently, Rihanna took to her Instagram to share her excitement over the sandals’ success. Alongside a picture of the fur-covered shoe, Rihanna captioned, “Thank you, thank you! The FUR SLIDE #SOLDOWT online in less than 30 minutes!!! You can still find them in select [Puma] stores.” 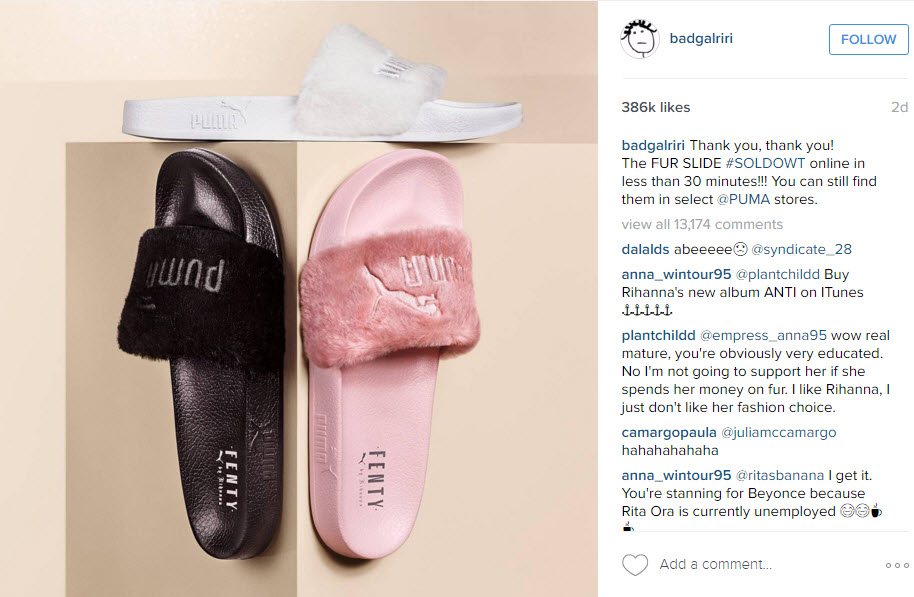 While Puma was originally selling the badgirlriri-inspired shoes for $80, they are now being resold on sites such as eBay for upwards of $200.