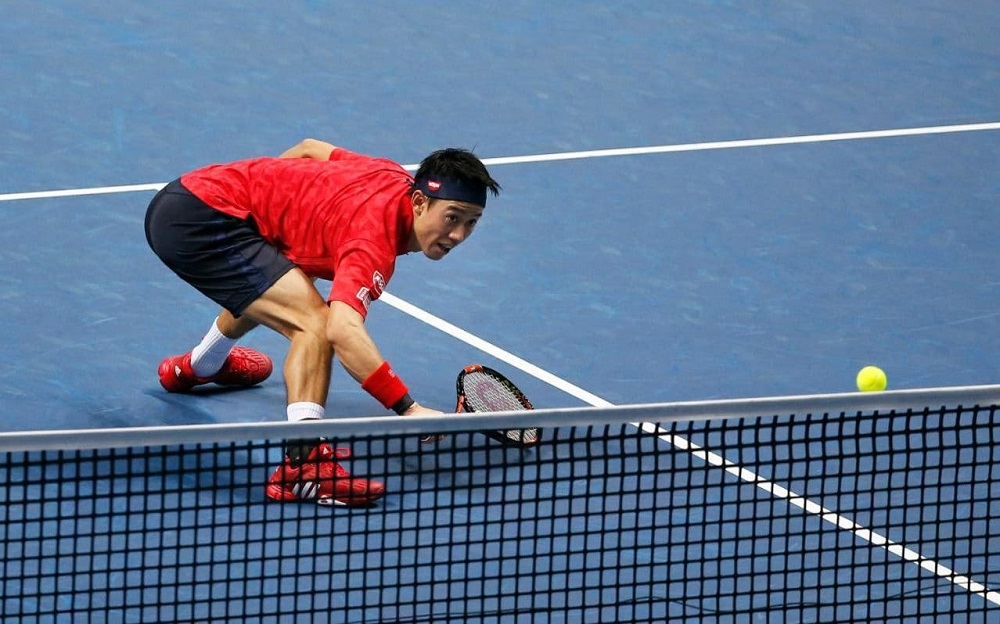 Kei Nishikori was a part of the Japan Warriors in the International Premier Tennis League (IPTL) over the last couple of days. He won his set against Tomas Berdych 6-1 on Saturday to push the Warriors to a 23 – 20 total-games victory. Furthermore, Nishikori beat Nick Kyrgios on Sunday, however, in this most recent case the result was not enough to save the day for his team as the Warriors fell to the Singapore Slammers. What results in the standings is that the Warriors are in last place and it now looks as though Nishikori’s involvement with the team is over.

His name does not appear on the detailed match schedule again as action shifts from Tokyo to Singapore. The Warriors best singles player is now Spain’s Fernando Verdasco. While Verdasco is a former top-ten player, he is no longer one of the strongest players on tour and the Warriors’ chances of making the IPTL final on December 11th now look very bleak. They may become reliant on Kurumi Nara and Jelena Jankovic to do well in the women’s singles sets and mixed doubles. Those certainly aren’t bad players, but the other teams have similarly skilled women’s talents.

It could be that legends Fernando Gonzalez and Marat Safin may have to win a lot of matches to keep the Japan Warriors relevant in the week ahead. Given that Gonzalez and Safin only retired earlier this decade, unlike some of the more advanced-in-years legends’ players, it might be that there is some hope for the Warriors yet.

However, Nishikori was the main answer for the Warriors to men’s players like Berdych, Kyrgios, and Feliciano Lopez. Furthermore, Roger Federer, as a member of the Indian Aces, is to join the competition very late in the season when the tournament shifts over the India. Berdych, Kyrgios, and Federer will all stand a better chance against Verdasco than they would have against Nishikori for certain.

Tennis fans wondering when Japan’s top player will be back in action will certainly find him at the 2017 Australian Open, a Grand Slam tournament that starts in mid-January. Nishikori is among the favorites in the event, one that Andy Murray and Novak Djokovic are basically co-favorites in. Nishikori is priced as the 6th favorite in the event with bet365 at odds of 25/1. Personally, I could put him shorter than that if he enters the tournament healthy based partly on his US Open victory over Murray.

Ahead of the Australian Open, Nishikori is among a deep cast of stars that have signed on for ATP Brisbane, an event that runs in the first week of the new year. Nishikori will join the likes of Milos Raonic, Stan Wawrinka, Dominic Thiem, Rafael Nadal, Lucas Pouille, and David Ferrer in what is an unusually star-studded event for such a low-tiered tournament on tour. Between now and Brisbane, I don’t know that Nishikori has anything in his tennis schedule. He’s not in Abu Dhabi between December 29th and the 31st and it’s the Christmas holiday just before that so his fans should be looking forward to Brisbane where he projects as the three seed.