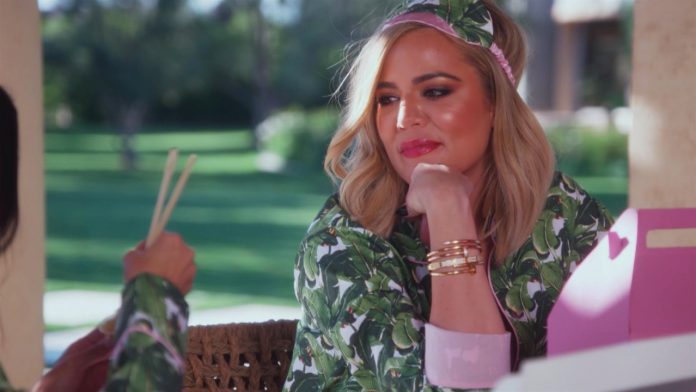 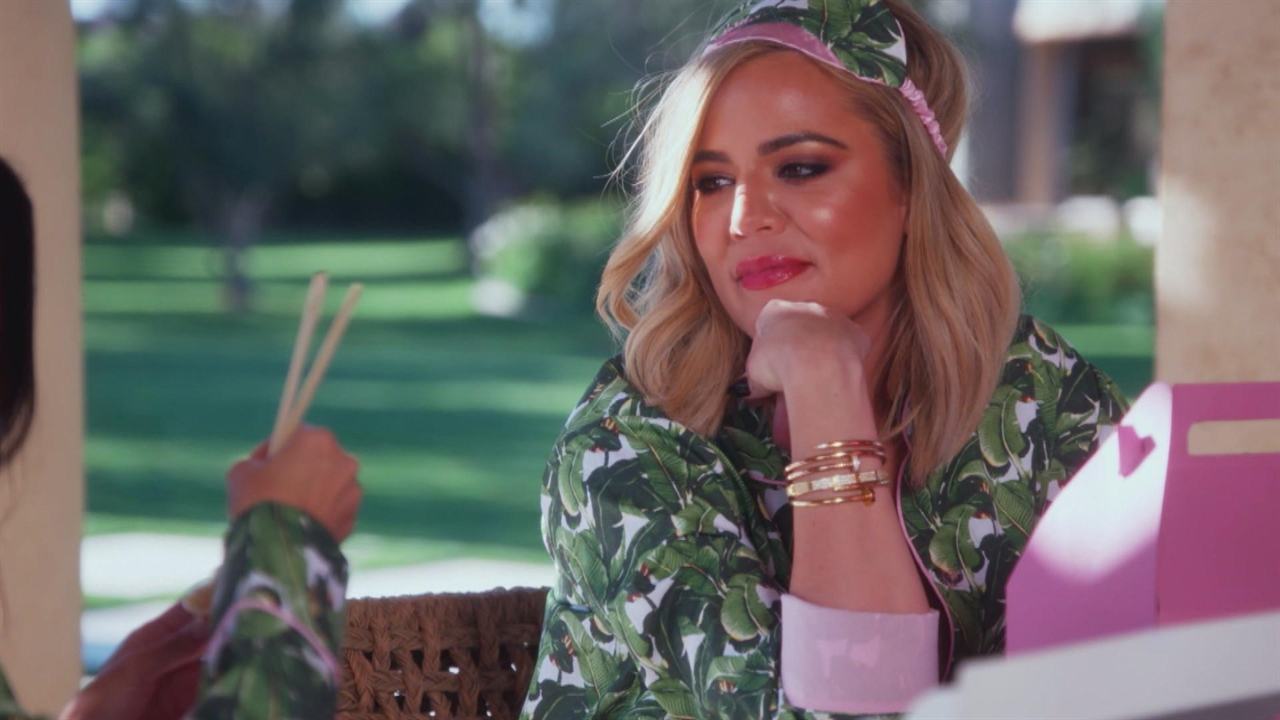 While MTV aired their 2016 Video Music Awards, E! was busy airing an all new episode of their hit reality show Keeping Up with the Kardashians. On “Blood, Sweat, and Fears,” Scott invites the Kardashian clan – including his ex Kourtney – to his Las Vegas birthday bash. Meanwhile, Kris tries to get Khloe and Rob to reconnect.

The episode opens up with Scott chatting with Khloe in her incredibly monotone lounge. He tells her that he is planning to have a birthday family dinner at Nobu on Thursday and then fly out to Vegas for his party at 1Oak on Friday. Khloe confirms that she will be attending both of Scott’s celebratory events – even if her sister Kourtney opts not to.

Later, Kris goes to lunch with Scott and his daughter Penelope. Kris complains that she hasn’t been feeling her best recently. She tells Scott that she recently went to her doctor, as she has been abnormally fatigued. Soon after this chat with Scott, Kris decides to join Kourtney for a workout with her trainer Don. Since Kourtney (and Khloe) have been working out nearly every day for the past while, Don has been pushing them to do very vigorous workouts. However, Kris has not been keeping up her fitness as much and therefore has a notably harder time trying to keep up during the workout. Nonetheless, she somehow pushes through and in confessional she states that she is determined to build her stamina back up again.

While hanging out, Kourtney overhears Khloe on the phone with a lawyer. Khloe is heard talking to the lawyer about her ability to make medical decisions for Lamar, even when they are no longer legally married. After hanging up, Khloe tells her sister that Lamar had asked her to obtain the rights to make medical decisions on his behalf in light of their impending divorce. She goes on to reveal that she was able to obtain these rights and their [second] divorce filing is well on its way to being finalized. When addressing her divorce from Lamar, Khloe says in confessional, “It’s still bittersweet. I was holding out to help Lamar, but Lamar’s not helping himself…I will always love Lamar, but it’s time for me to start the next chapter of my life.”

While at their mother Kris’s house, Khloe and Kourtney bring up Scott’s upcoming birthday celebrations. Khloe states that she is planning to go; however Kourtney expresses some hesitation about her own attendance. In confessional, Kourtney notes, “I’m so happy that Scott and I are getting along so well and that we’re co-parenting…” She then goes on to admit that she is nervous to “[hang out with Scott] without [their] kids,” as she thinks Scott may get the wrong impression of where their relationship lies.

Scott stops by Kris’s house after she endured a few grueling workouts with her daughters, Khloe and Kourtney. Kris is seen lying down on her couch with an ice pack over her knee. She explains to Scott that the workouts have been tough on her body, but they are necessary in order for her to keep up with her family. Scott reminds her that she is 60 years old and it is no longer practical for her to be doing the high-intensity workouts that her daughters do. Later, Scott advises Kim and Kourtney to keep an eye on Kris, as she is evidently pushing herself physically too much.

Later in the episode, Kourtney decides to join Khloe and go to Scott’s Vegas birthday bash. For the most part, Kourtney and Scott get along fine. However, Scott does seem to push his boundaries on occasion by constantly flirting with his ex. In confessional, Khloe says that no matter what their relationship status is, the dynamic between Kourtney and Scott will always be over-the-top flirtatious (whether Kourtney likes it or not). After a night out at the club, Kourtney confesses that she had “overanalyzed the situation,” as she now realizes that there is no reason for her and Scott not to go out and have fun together.

Back in Calabasas, Rob drops by his mom Kris’s house. Kris urges him to reach out to his sister Khloe, as she is going through a tough time amidst her second divorce filing. Rob says that it is difficult for him to reconnect with his sisters, as they had such a negative initial reaction to his relationship with Blac Chyna. In an attempt to convince him to reach out, Kris says, “Having a baby is one of the most amazing things that can happen to you in your life…Let’s us share that journey with you. It’s nice if you still have a bond with your family because we all love you so much.” She begs him to “make an effort” and “make the first move” to rebuild his relationship with Khloe. After some hesitation, Rob finally tells Kris that he will call Khloe.

Rob heads into the other room and gives Khloe a call. She picks up, sarcastically exclaiming, “No f***ing way. Who the f*** is this?” Khloe goes on to scream into the phone, “You finally called me!!!” Rob asks her if she wants to get together soon, in which Khloe responds, “This is the best phone call ever!” Khloe’s pure happiness gets Rob noticeably choked up, as he realizes just how much his sister truly does miss him.

Scott and Kourtney decide to get Kris some at-home Pilates apparatus. When Kris sees the equipment, Kourtney explains that Don, her trainer, also teaches Pilates. Kourtney tells her mom that Pilates is a “really good workout,” but it is also “gentle on the body.” Kris thanks them for the thoughtful gift, telling Scott and Kourtney, “I pushed myself pretty hard, so I really appreciate [the present].” 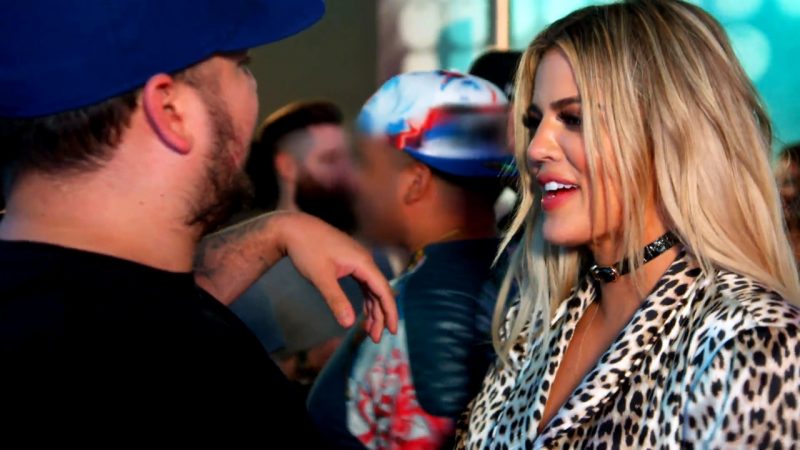 The episode ends with Rob paying Khloe a long awaited visit. The two head to the backyard and sit down for a catch-up. At first, things are tense, as Rob is notably quiet. Noticing that Rob is staring down at his feet, Khloe blurts out to him, “Why won’t you even look at me? Talk to me!” They eventually begin discussing the situation, as Rob confesses that he is very excited for Blac Chyna to have their baby. Khloe tells him, “the more [you and Blac Chyna] come around the easier it’s going to get, but the more you guys stay away it’s just going to stay in this weird place…or even make it weirder.” Rob explains that the family hasn’t been all too welcoming of Chyna, which makes things hard. Khloe acknowledges this but says that even if Chyna isn’t coming around Rob still doesn’t have to completely isolate himself from the family. Rob gets emotional as he claims, “I just want every to be happy.” While there is still a lot of work to be done, it is evident that both Rob and Khloe both want to fix their faltered brother-sister bond.

You can catch more Keeping Up with the Kardashians next Sunday, September 4th on E! 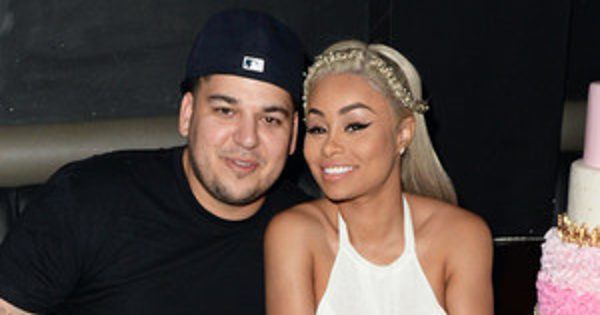 The sisters rally together in order to help their brother Rob after he gets in a huge fight with his fiancée Blac Chyna. The family gets together to try and break Khloe’s streak of bad birthdays.