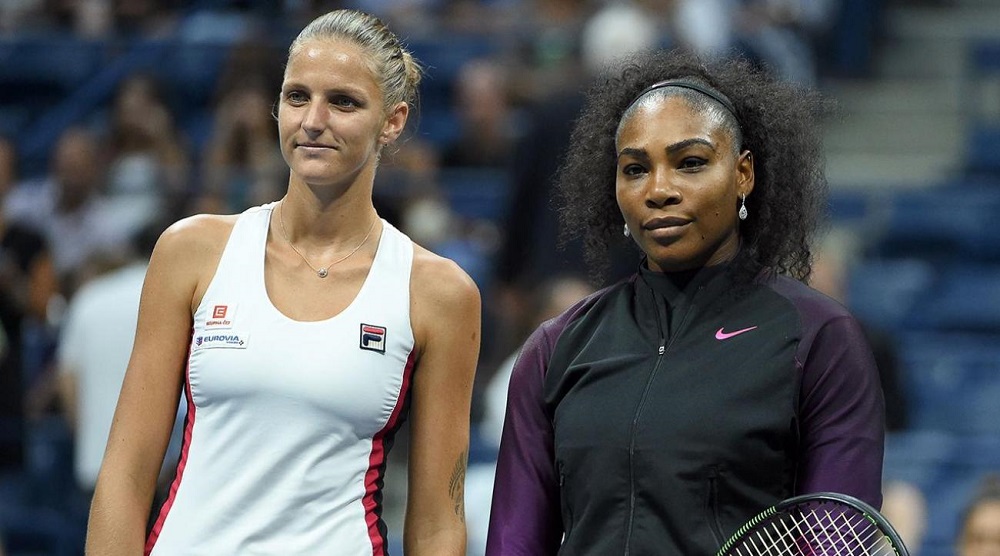 The 2017 Australian Open starts on Monday with the draw coming up in a matter of days. One player that I think is looking exceptionally dangerous is the Czech Republic’s Karolina Pliskova. In fact, I’m prepared to make her my favorite to win the Grand Slam despite the fact that she has yet to win a major.

For my reasoning, firstly let’s look at the other favorites to win the tournament starting with the obvious ones: Angelique Kerber and Serena Williams. Kerber is the defending champion and World No. 1, two compelling credentials with clear implications for a deep run. However, Kerber is also 0-6 for titles in tournaments since gaining top spot. She hasn’t responded well to the pressure of having a target on her back, and her season-to-date record is a case in point. In two tournaments this season, Kerber has a record of 1-2, not the kind of record you expect from the world’s best player. I wouldn’t be surprised if Kerber’s honeymoon with the top spot is over and maybe she’s not even liking the role.

Williams, the World No. 2, is 1-1 on the season thus far, a record that you can’t read into that much. However, she was really huffing and puffing in her loss to Madison Brengle last week at WTA Auckland. At one point Williams actually used her tennis racket as a sort-of makeshift crutch as she got her breath. If you watch challenger events, that’s the kind of thing you see in long points in matches involving players ranked outside of the top 200. I wonder if Williams’ conditioning slipped due to all the time off she took in late 2016 and, if it did, I wonder if she’s going to be ready for an arduous two-week tournament against younger and tough competition. I’ve already tipped my prediction I think, and I’m definitely leaning (or tilting) to the “no” side of that question.

Garbine Muguruza and Simona Halep are the other favorites, but what has the former done since winning the French? Halep is actually really quiet of late too, and neither feels too threatening right now. I like WTA Finals winner Dominika Cibulkova a lot better than either of those two players, the one-time finalist from Melbourne Park.

Agnieszka Radwanska’s been a lesser factor on tour of late, and she didn’t have a great 2016 Grand Slam season. Johanna Konta may be one to watch, but she’s nowhere near as talented as Pliskova. Belinda Bencic did something gross to her foot in Sydney this week, and she wasn’t razor sharp in Perth last week. Meanwhile, Caroline Wozniacki, who I loved heading into the season, has gone just 4-2 to start 2017 without a semifinal appearance in either Auckland or Sydney. The Dane isn’t playing horrible, but she appeared to bugger up one of her feet on Wednesday in a straight-sets loss to Barbora Strycova.

Peripheral players may play a bigger role at the Aussie this season than most may realize right now. Elina Svitolina is one to watch as the Ukrainian did well last week in Brisbane. However, at this point, I don’t think Svitolina can close out a Grand Slam. Carla Suarez Navarro has yet to open her season, and it’s possible that she enters Melbourne Park with more energy than the field of contenders. Furthermore, Eugenie Bouchard has shown some life in Sydney this week, and she’s definitely capable of a deep round run in a major. However, if she keeps winning matches this week, then she may not be properly rested for play next week at the Aussie.

Pliskova won the title at Brisbane last week and so she’s clearly in strong form. She also did the smart thing afterward in tapping out of the Sydney draw to rest up, meaning she won’t be tweaking a foot problem like Wozniacki and Bencic may have in recent days.

Pliskova won Cincinnati last season and then burst into the US Open final, losing to Kerber there. However, Kerber was playing better at the US Open than she has played since. I could see the Czech player rattling off seven wins in Melbourne Park to claim a title and perhaps taking over the top spot on tour before March. She has a lot of ranking points already banked, and she’s very much the woman of the moment on tour.