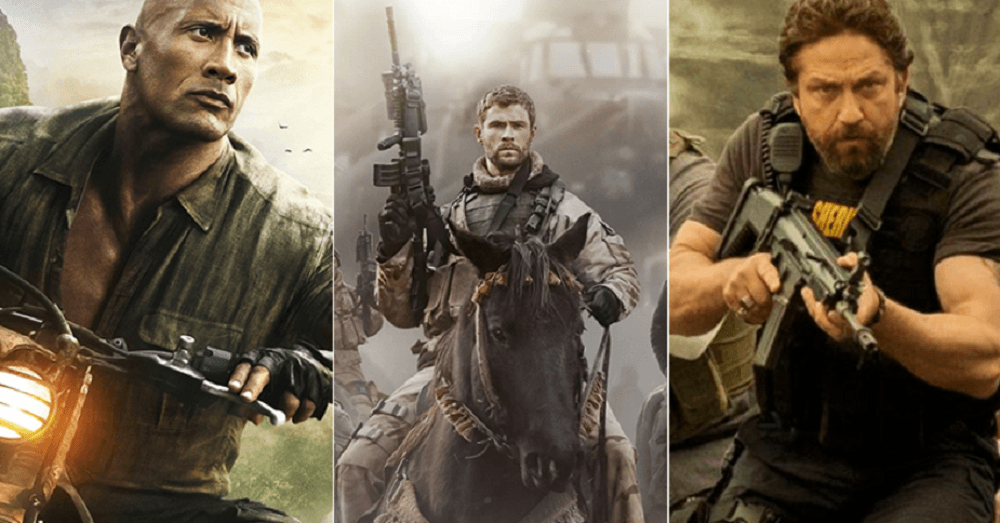 Dwayne Johnson‘s “Jumanji: Welcome to the Jungle” remained atop the weekend box office again, Chris Hemsworth‘s “12 Strong” and “Den of Thieves” outperformed studio expectations. The latter two were aimed at older men which isn’t the easiest demographic to please might have been critical duds, but they did the trick during the government shutdown weekend.

The big surprise is Hugh Jackman‘s “The Greatest Showman” has continued strong at the box office despite originally being declared a dud showing there is more than one act at this circus.

“Jumanji: Welcome to the Jungle” outdid another weekend’s worth of newcomers to top the North American box office for the third straight weekend, making the surprise hit the fifth-highest grossing film of all time for Sony Pictures passing Daniel Craig‘s “Skyfall.”

The film’s unexpectedly strong staying power has lent a boost to the January box office but kept new releases from reaching the top of the box-office chart. “Jumanji” has also reigned overseas, where it has grossed $450.8 million and topped all films internationally for three straight weeks.

“12 Strong” appealed largely to an older crowd. Seventy-nine percent of its audience was over the age of 25, said Warner Bros.

The heist thriller “Den of Thieves” slotted in at third place. The STXfilms release stars Gerard Butler and Curtis “50 Cent” Jackson.  “Den of Thieves” (STXfilms and Diamond Film Productions), which was independently financed for roughly $30 million, according to the trade news website Deadline.com, took in an estimated $15.3 million. Starring Gerard Butler and Jordan Bridges, the film is about a grizzled Los Angeles cop who tracks a group of bank robbers.

Though “Paddington 2” disappointed last weekend in its debut, the acclaimed sequel slid just 25 percent in its second week. “Paddington 2,” which has set a new record for the most widely reviewed 100-percent fresh movie on Rotten Tomatoes, grossed $8.2 million in its second week of domestic release thanks in part to good word of mouth. Warner Bros. acquired the film’s North American distribution from The Weinstein Co. in November.

“The Greatest Showman,” a musical about the circus impresario P.T. Barnum, was dismissed by many critics when it arrived in theaters just before Christmas. Uncool. Old-fashioned. Mawkish. And when initial ticket sales were poor, most box office analysts decided “The Greatest Showman” was a prime example of Hollywood being unable to pry people away from their Netflix accounts. Better stick to the superheroes and sequels.

Over the past four weeks, however, “The Greatest Showman” (20th Century Fox) has become a rare sleeper hit, lifted by positive word of mouth, stunt marketing (singalong screenings) and a popular soundtrack album. Ticket sales in the United States and Canada now stand at $113.5 million, including an $11 million haul between Friday and Sunday, good for fifth place over the weekend. The movie stars Hugh Jackman and Zendaya and was produced by a team that included Peter Chernin and Laurence Mark.

Getting ahead of Oscar nominations on Tuesday Paul Thomas Anderson’s “Phantom Thread” expanded nationwide, taking in $3.4 million from 896 theaters. The Focus Features release, starring Daniel Day-Lewis in what the actor has said will be his final performance, has grossed $6.2 million.

Also notable: “Star Wars: The Last Jedi” crossed the $600 million mark domestically with $6.6 million in its sixth week of release. The Disney release stands at $604.3 million domestically — or no. 9 all-time, not accounting for inflation — and $1.296 billion worldwide.

The darkly comedic Tonya Harding biopic “I, Tonya” (Neon) was close behind, collecting about $3 million in 799 theaters, for a total since arriving in limited release on Dec. 8 of $14.7 million. 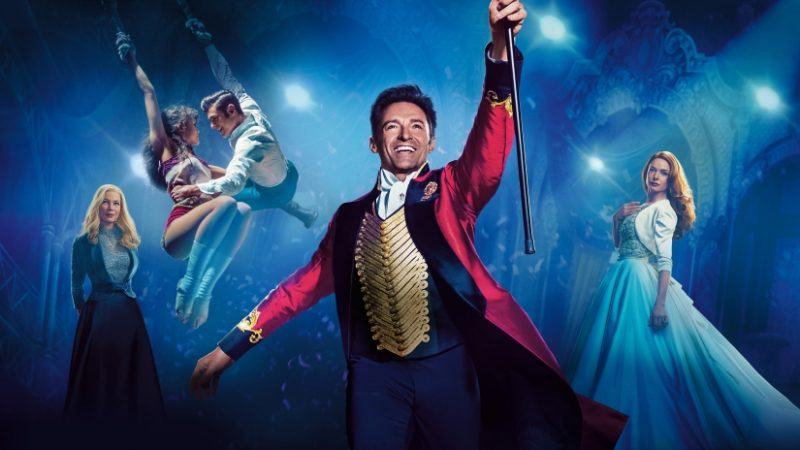