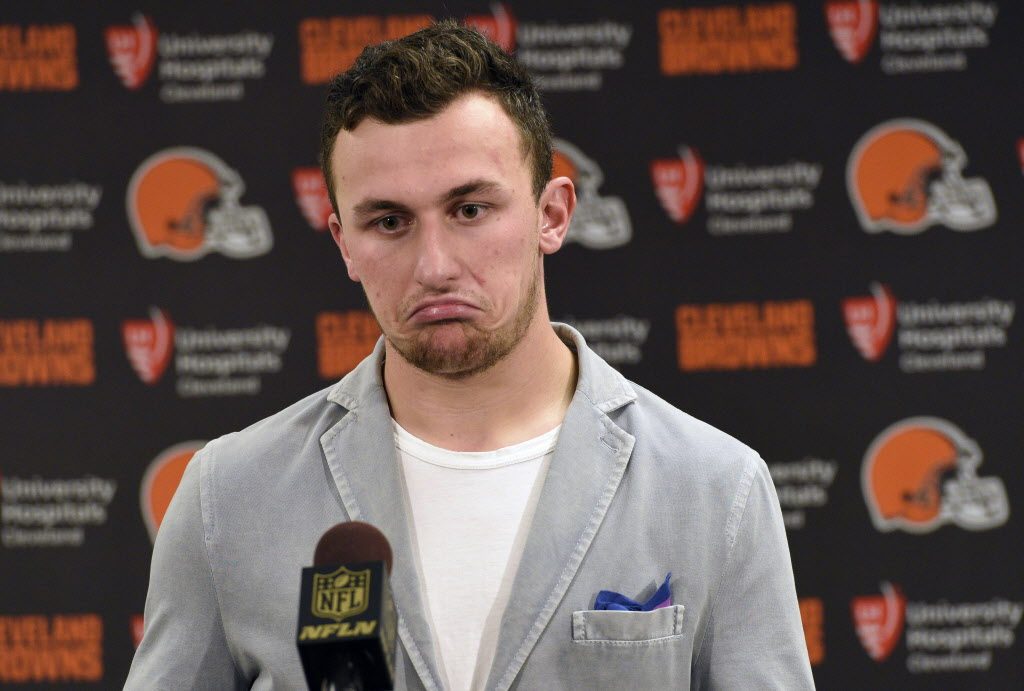 Former Cleveland Browns quarterback Johnny Manziel has reportedly been indicted by a Dallas grand jury on a misdemeanor assault charge. Local new stations first broke the news, which is expected to be formally announced Monday. The charges stem from an incident in which Manziel allegedly hit his ex-girlfriend Colleen Crowley during an altercation in January.

Johnny Manziel is expected to be indicted Tuesday for a misdemeanor assault charge on allegations that he assaulted his ex-girlfriend during a night out in January.

Already dropped by the Cleveland Browns, two separate agents and all of his endorsers, the 23-year-old will face the possibility of one year in jail and a $4,000 fine. The prosecution also further imperils an already jeopardized NFL career, particularly as the league takes a tougher public stance on domestic violence.

Here’s a look at the case and what’s expected to happen next:

Data curated by PointAfter
Manziel’s ex-girlfriend, Colleen Crowley, has accused him of hitting her as she tried to escape a car he was driving. She said he hit her hard enough to rupture her eardrum.

Crowley alleged that she and Manziel had a confrontation in his hotel room around 1:45 a.m. Jan. 30 and that he forced her to leave the hotel with him. The two allegedly made it to her vehicle, which was in front of a Dallas bar. He began driving the car, but stopped when she tried to escape and dragged her back inside.

She said the two continued arguing as he drove her to her Fort Worth apartment, about 30 miles away.

A judge has granted Crowley a protective order against Manziel.

Prosecutors would not confirm media reports Monday that an indictment has already been reached, but attorney Robert Hinton, who is representing Manziel, told The Associated Press that prosecutors told him an indictment is likely to be signed and made public Tuesday.

Afterward, both sides will meet with a judge to set a bond, and Manziel will be booked, most likely for a brief time, Hinton said.

Prosecutors and Manziel’s attorneys have not discussed a deal to end the case before trial, Hinton said, adding that he would pursue a dismissal and did not foresee any agreement in which Manziel would plead guilty.

Hinton is a friend of Dallas County District Attorney Susan Hawk, who has spoken publicly about her own struggles with substance abuse after she took an extended leave of absence last year to enter rehab.

“They want to do the right thing,” Hinton said of prosecutors.

THE LIKELIHOOD OF A TRIAL

Lawyers watching the case say both sides have incentive to make a deal instead of going to trial.

For Manziel, a highly publicized trial with testimony about his behavior that night — and possibly surveillance video as evidence — could worsen his already slim chances of returning to the NFL. For prosecutors, a trial carries uncertainty and extra scrutiny on Crowley, who would likely be the main witness; attorneys for Manziel would question her credibility and her conduct on the night of the alleged attack.

Lawyers say the case has already been handled unusually. Rather than arresting Manziel, Dallas police sent their case for referral to a grand jury, which received the case last week.

“The fact that the police department did not arrest him is a big red flag that there are problems,” said David Finn, a longtime Dallas attorney and former criminal judge.

Finn predicted the sides would reach a deal, with Manziel possibly agreeing to undergo anger management, domestic violence counseling or some form of substance abuse rehab.

But another Dallas attorney, Toby Shook, said the high publicity might push the case to a trial.

“It hampers how they can negotiate this case,” the former prosecutor said. “Usually a lawyer tries to work things out quietly. That can’t be helped in this case.” 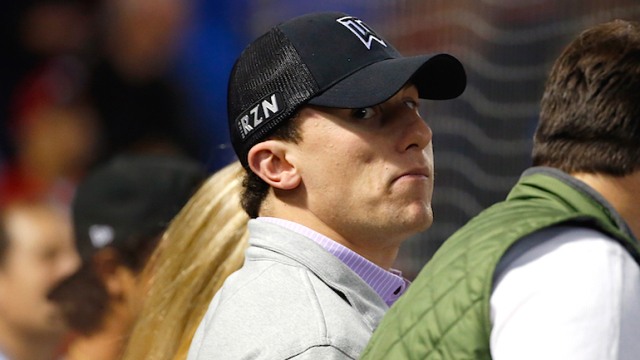 A CAREER IN JEOPARDY

Manziel, a Heisman Trophy winner at Texas A&M, is a free agent without representation after two agents let him go while demanding he get a second round of treatment for drug and alcohol use.

The second agent, Drew Rosenhaus, has one of the largest groups of clients in the NFL. It was the first time in a 27-year career that Rosenhaus had to terminate a contract.

Regardless of how the case is resolved, Manziel faces possible discipline under the NFL’s policy on domestic abuse, which was revamped after the league was widely criticized over its handling of former Baltimore running back Ray Rice’s domestic violence case.

Defensive end Greg Hardy, another free agent who is having trouble finding a new team, was given a 10-game suspension even though his conviction in a domestic case was thrown out. An arbitrator reduced that suspension to four games.