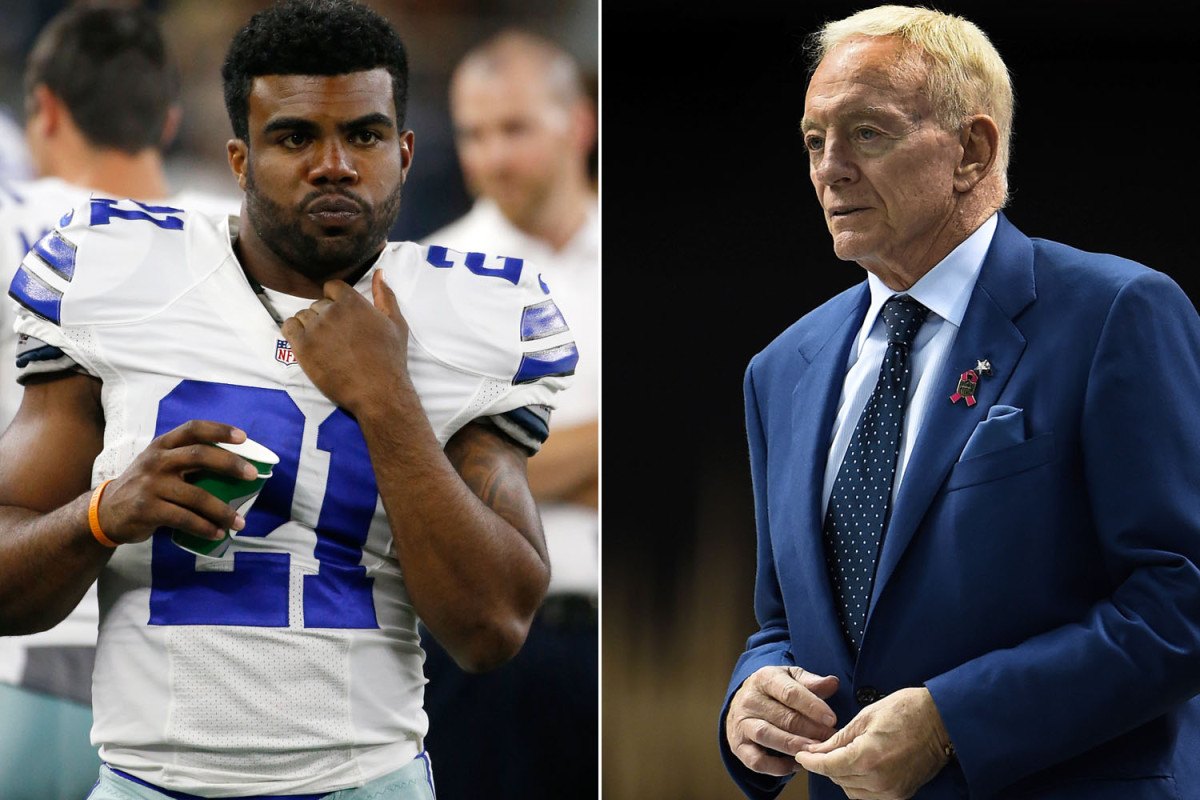 As a high-profile athlete in America, you’re always being watched. Just ask Johnny Manziel, who had a difficult time trying to party without being recorded and exposed on Twitter.

Dallas Cowboys rookie running back and No. 4 overall pick Ezekiel Elliott needs to learn from his mistakes quickly to avoid the same fate Johnny faced.

Elliott has been involved in “a pattern of disturbing behavior” recently, including being the subject of a domestic violence investigation in Columbus, Ohio. He also made the rookie mistake of checking out a marijuana dispensary in Washington while in town for the team’s game against the Seattle Seahawks.

Of course, NFL players aren’t supposed to even be around weed, so Elliott’s presence drew some attention, and he ended up all over social media.

Cowboys owner Jerry Jones understands that it’s a learning experience for the Ohio State star; however, that doesn’t excuse anything.

Elliott, on the other hand, is already impressing on the field. Seahawks safety Kam Chancellor is rarely surprised by anything he encounters in the NFL anymore, but his first contact with Elliott set him back.

“I was because there was no film on him, so I didn’t know if he was going to juke or whatnot,” said Chancellor when asked about the rookie after the game. “So I was a little surprised, but not the second time. The second time, you know I’m bringing that wood. I was a little surprised the first time, but he’s got a lot of courage for that. I’ll give it to him. But if it was a full game, it would have been a bloodbath.”

That’s probably the closest thing to a compliment you’ll get from Kam. So, provided Ezekiel can get it together off the field, he has the potential to make a big splash this season.

Staying away from dispensaries is probably a good place to start.