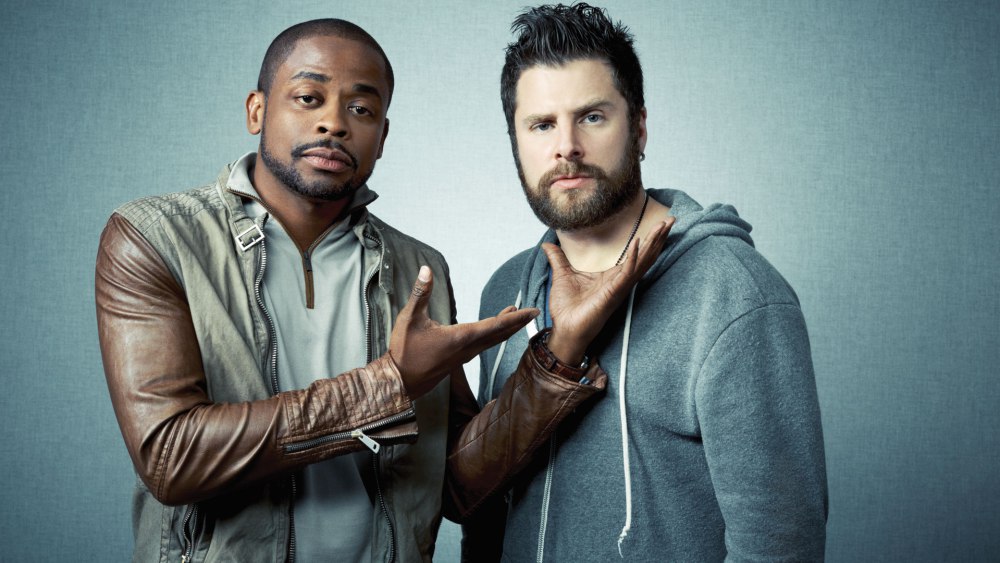 It’s been less than four years since USA Network’s “Psych” left our living rooms, but stars James Roday and Dule Hill are back bringing fans a wonderful holiday gift with “Psych: The Movie.”

Fans of the show will enjoy knowing that in two hours they can expect to see a knock down drag out fight with two women, an appearance from a highly skilled ninja, a pineapple or two and a musical number within a dream sequence. Just because the actors might be three years older doesn’t mean their characters had to grow up.

The film picks up three years after the events of the series finale, with fake psychic detective Shawn Spencer and his best friend, Burton “Gus” Guster about to open their new office in San Francisco, cleverly named “psychphrancisco.” They and their usual cohorts—including Shawn’s fiancée, Juliet, his father, Henry, the San Francisco chief of police and Detective Carlton Lassiter—come together during the holidays after a mystery assailant targets one of their own.

Psych creator Steve Franks, who also co-wrote the film, points to a resurgence of the series as having paved the way for the movie, saying, “The show ended on USA and then it went to Netflix and was on several places in syndication as well and it was like everyone suddenly found it. It’s a little funny that they found it after we finished making it, but it opened up the avenue for this.”

Dule Hill is searching really really hard for the right word to sum up how it felt knowing some original crew members from his series “Psych” turned down other jobs to work on “Psych: The Movie.” His eyes dart, and I’m left wondering if he might actually be in need of a bathroom break as he’s straining that hard for the right word…then it comes forth.

“Testament,” interrupted his co-star, James Roday. “I knew where you were at.”

And that pretty much sums up the rapport between the two actors who played best friends and screwball crime solvers for eight years on their USA series.

Their shorthand and chemistry was a large part of the show’s appeal, plus running gags like how a pineapple was strategically placed in each episode like a “Where’s Waldo?” game to keep fans invested. The series went off the air in 2014, but they’re back on Thursday for a two-hour TV movie.

“This was the year that seemed the most right and the planets aligned and everybody’s schedule worked out.”

In an interview, the actors recall how they first met, inside jokes and whether there will be more “Psych.” 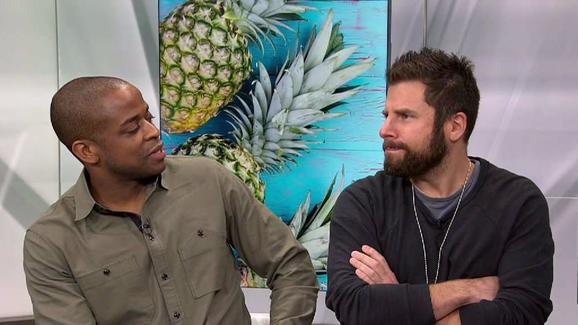 How did the two of you first meet?

Dule Hill: I went in for a meeting… You and I read there. We read the scene together. It’s actually funny because he was hired for the job, we had the chemistry read, it was nice. Good vibe.

James Roday: So we thought it would be a good idea to get together and because I had already been cast I thought it would be a nice gesture to go to Dule, to his home. We could rehearse there. I thought that was a standup, solid guy who already has the job, thing to do. I expected him to live somewhere in the general area (of Los Angeles) but he lived way the hell out (laughs.)

Dule Hill: You’d think since he already had the job it would be like, ‘Oh, let me come to you.’ There was none of that. I was like, ‘Thank you for coming by, I appreciate it.’ (Laughter.)

Did working on Aaron Sorkin’s ‘The West Wing’ help bring that fun quick banter into ‘Psych’?

Hill: I had just come from doing ‘The West Wing’ and Aaron Sorkin is: What is written is what you say. I get into the read with this dude and he’s just all over the place.

Roday: To watch this guy come in and to think about (where he came from) and see some of the stuff that he was doing at the end of our show, talk about a journey. I watched this guy bloom into a comedic powerhouse.

Were you able to bring any of your clowning around antics into the show?

Roday: We decided that we were huge fans of Ed Lover’s ‘C’mon, Son!’ viral videos and worked that in.

Hill: That only happened because I was in my trailer watching the video and I showed it to Roday and he was crying (laughing) and then we had to go do a scene and he goes, ‘C’mon, son.’ And I go, ‘Don’t do Ed Lover on me.’

Now that you’ve excited fans with this reunion, will there be more ‘Psych’ to come?

They both give a smirk at the question, and I know where their minds have gone, but they quickly put their games faces back on.

Roday: If we can keep it to two-hour specials every year or two then I feel pretty confident we’ll always be able to give fans the level of ‘Psych’ they are entitled to.