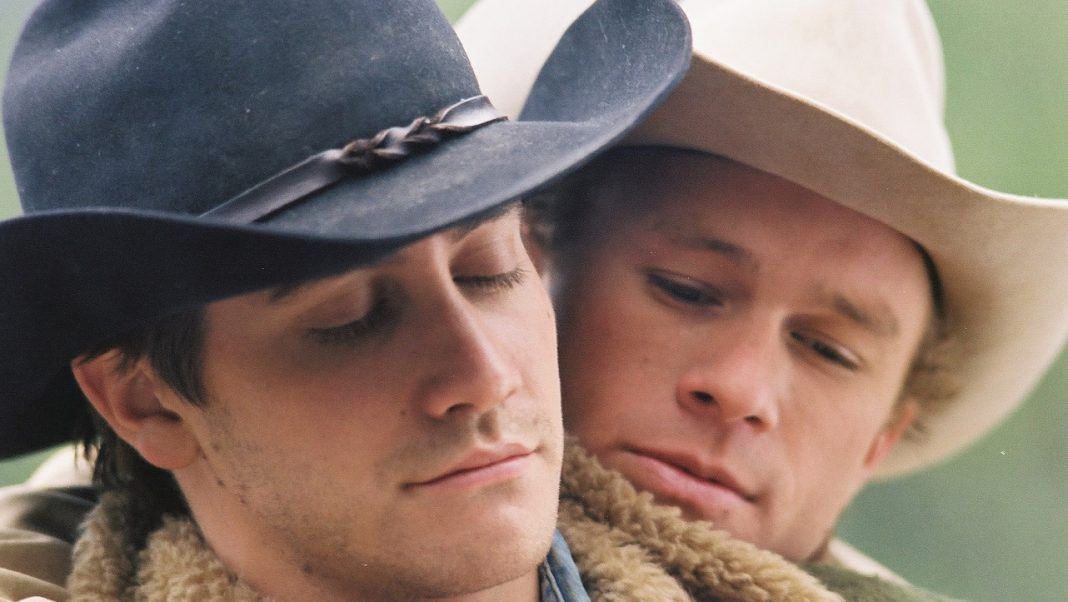 In 2005, no one expected “Brokeback Mountain” to become a modern classic film, including co-star Jake Gyllenhaal, who recently opened up about his experience working with Heath Ledger on Brokeback Mountain in an upcoming television interview with Sunday Today. Ang Lee directed a forward-thinking movie in its portrayal of two cowboys in a gay relationship which prompted some fans to look deeper in the off-screen lives of Gyllenhaal and Ledger.

They portrayed the roles so realistically that some felt that they must be gay. The film went on to receive eight Oscar nominations while grossing nearly $180 million at the worldwide box office. It created a real moment in gay film history as a character study of two people in love in a world where it wasn’t accepted.

“That’s what good actors do; make you believe the character they are portraying,” Gyllenhaal commented, “and Heath was one of the best.”

When asked about his time filming with Ledger, Gyllenhaal said some jokes were made about the gay love story at the heart of the movie.

“I see people who have joked with me or criticized me about lines I say in that movie – and that’s the thing I loved about Heath. He would never joke,” Gyllenhaal, 38, shared.

“If someone wanted to make a joke about the story or whatever, he was like, ‘No. This is about love.’ Like, that’s it, man. Like, no,” Gyllenhaal said.

The Hollywood star discussed the surprising impact the movie had on his career. He was trying to find that perfect breakout role, and he didn’t expect it to come from this project.

“When we did Brokeback Mountain, I was like, ‘Whoa, what’s going on?’ This is a level of focus and attention that hits a certain nerve and you’re like, ‘This is bigger than me,’” he explained. “I understand what it is, but this little movie we made, that meant so much to us, has now become not ours anymore. It’s the world’s.”

Directed by Ang Lee and based on the short story by Annie Proulx, “Brokeback Mountain” won three Academy Awards and made Gyllenhaal and Ledger ― both of whom were Oscar-nominated for their performances ― bankable stars. The two men remained close off-screen, too, with Gyllenhaal becoming godfather to Ledger’s daughter, Matilda Rose.

In the intervening years, Gyllenhaal has mostly stayed quiet about his friendship with Ledger, telling People in 2016 his co-star’s death “affected me in ways I can’t necessarily put in words or even would want to talk about publicly.”

In 2015, he told NPR that he missed Ledger “as a human being,” adding, “I think losing Heath and being a part of a family that was something like the movie, the movie we all made together, makes you see that, makes you appreciate that and hopefully moves you away from the things that really don’t matter to the things that do.”

Interestingly enough, Gyllenhaal and Ledger were not the first choices to play the iconic roles. Gus Van Sant developed “Brokeback Mountain” before Ang Lee took the helm and had offered the roles to many of Hollywood’s top stars.

“Nobody wanted to do it,” Van Sant said. “I was working on it, and I felt like we needed a really strong cast, like a famous cast. That wasn’t working out. I asked the usual suspects: Leonardo DiCaprio, Brad Pitt, Matt Damon, Ryan Phillippe. They all said no. Yes, all those young gentlemen [at the time] turned down the project, for various reasons.”