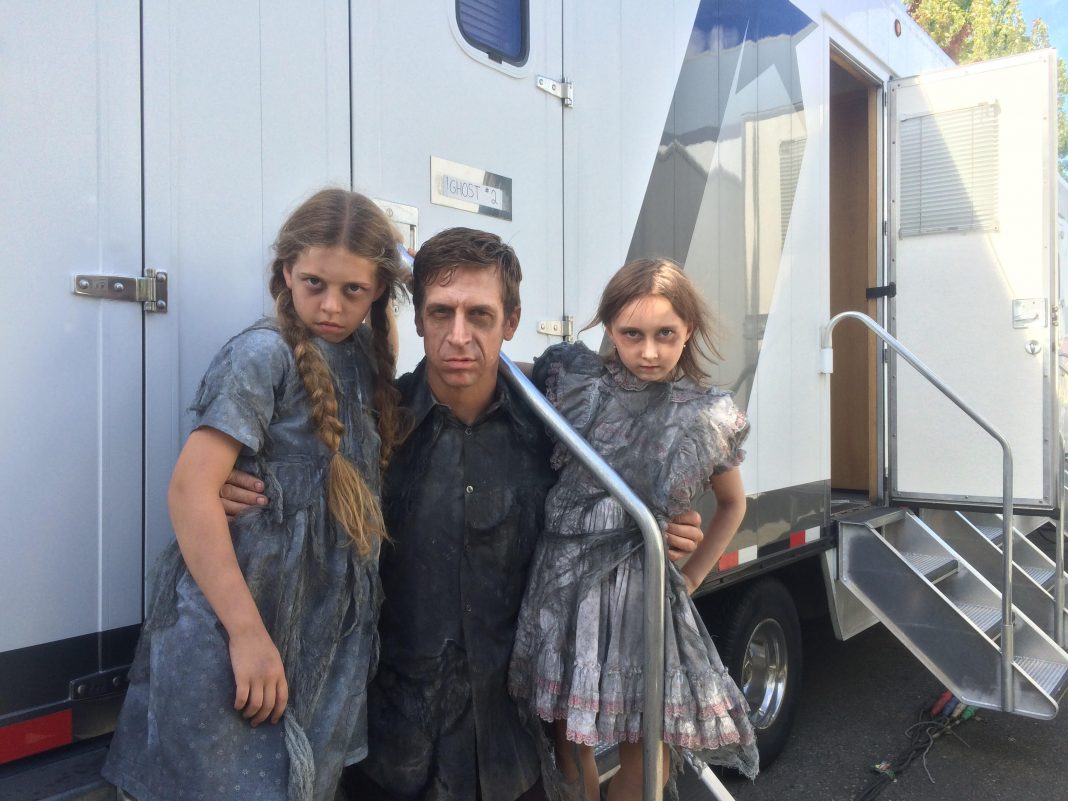 The third episode of Season 12 of Supernatural brings us back to the “Saving People, Hunting Things” side of the family business; while Cass and Crowley go after Lucifer, Mary finds a potential hunt – with Cam Grierson being the baddie in question, a ghost with a soft spot for children in “The Foundry.”

Tell us about your character, Hugo Moriarty.

So basically, Hugo lost his child, and then he went mad and bricked himself alive in this basement, where he starved to death. He’s stuck there, haunting his home, where he lived with his daughter; when new families moved in, he was so ruined by grief that he would covet those children, take them and kill them; and then their spirits would be bound to him.

I watched the show occasionally, as an actor I like to keep track of all the shows that are shot locally; so I have been watching it. Once I got cast I tried to find more applicable shows that were closer to mine in nature. 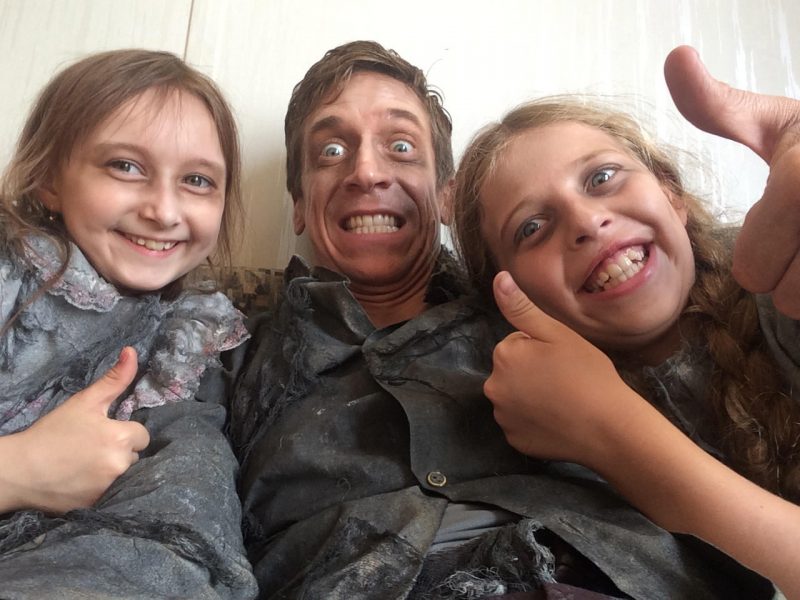 Do you have any funny or behind-the-scenes stories from filming?

Yeah, definitely. It was the second day when we shot the big scene with Hugo and all the children; and I met two of the other kids; our trailers were side by side. The girls were dressed in their ghostly costume and makeup, and I looked pretty monstrous. We are kind of just hanging out and being playful, doing selfies and stuff like that. I met their parents and we just started joking around. As a side note – I teach swimming lessons, that’s one of the things I do in my off time; and so I work with kids quite a bit.

We just have a really fun rapport, and then we get on set and the director, he’s joking around with the crew, trying to get the kids organized and we’re about to do this really intense scene. Nobody knows what I’m going to do; because we’ve all rehearsed it. They’re not coming up to the actors, especially the day players who’ve got the smaller roles. They say, “Are you ready, do you need to rehearse this at all?” They just expect you to get ready.

We’re standing there, just getting ready for the scene; I’ve done enough work to know no one is going to check in with me. The kids are kind of joking around, they kind of know me as this playful guy now so we’re having some fun there and I’m sensing okay cameras are going to roll here any minute and no one knows what I’m going to do, including me. 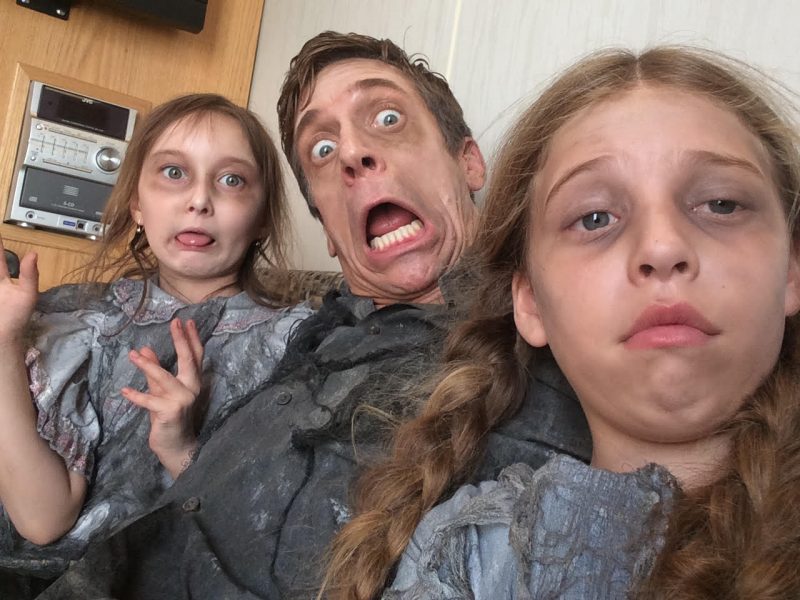 So I just kind of zone out, kind of focus on a spot on the floor and get some feelings drummed up, connecting with who these kids are, the reality that my character has killed them but somehow cares about them, it’s this really ironic sort of cooking pot of emotions.

Bob the director, he gets us going and cameras are rolling, and basically I just like come out with this unearthly scream and cry and really have a big freak out. All the kids went from playful and like fun to kind of afraid; and then we cut. Everyone just bursts out laughing, like in a good way you know, no one was expecting me to do that because it was way over the top.

Jensen was in front of me and gave me that look like, “Whoa, dude!” Bob comes out and he’s this great sort of like – I mean in my mind, classical Hollywood director kind of guy. He’s just real understated but really smart and he knows just a couple of things to say to an actor to get the performance that he wants. He comes out and kinda scratches his chin, and is like, “Cam, that was really good, but let’s do just a little less.” Everyone just kind of bursts out laughing, and we found the range for my performance.

You’ve been in quite a few TV shows; how was Supernatural compared to your other experiences?

They’ve all been really good but this one, I felt he was kind of special. Because y’know, this is the 12th season, and you could tell that the cast and crew have really gelled and it really, it feels like a family. I’ve been really fortunate to enjoy every show that I’ve worked for, but this one, it was just a little bit more enjoyable because I felt really welcomed. I showed up, and I was in the makeup room, in the hair and makeup trailer, everyone was really friendly and the cast was in there and the guys introduced themselves to me. On set I was working with Sam [Smith], who plays their mom, and she and I had just a fun rapport, which was really helpful because Hugo possesses her, and then she basically has to be me; we had a really playful time on set for the two days I was there. 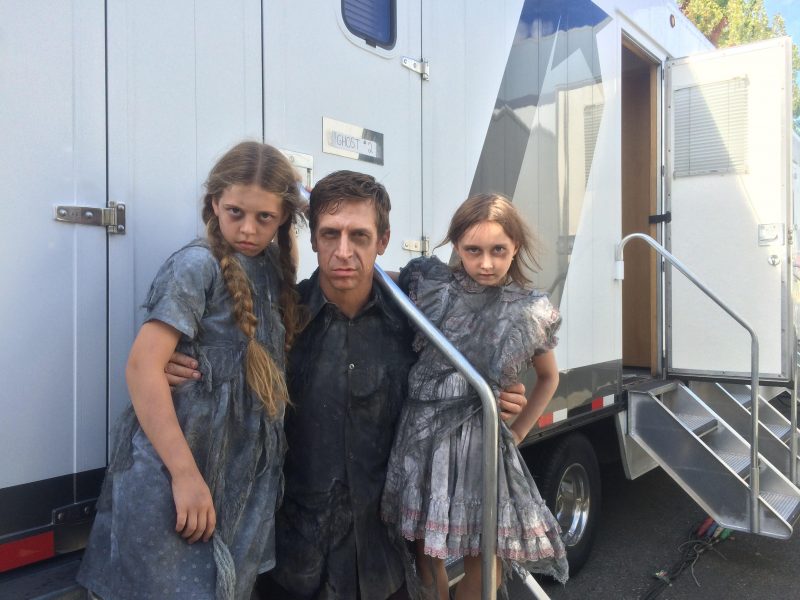 I had a really interesting role in The Magicians, where … I don’t know that I’m allowed to talk about what the role is, but a little bit similar to Hugo but not demented; I’m kind of a shady character but I make an appearance in The Magicians this season. I just booked a role on Frequency that I appear in episode 2×10 and casting said to me there’s potential that it’ll be a recurring role; but nobody really knows yet. As far as I know I’m shooting on Friday with the possibility of two more episodes.