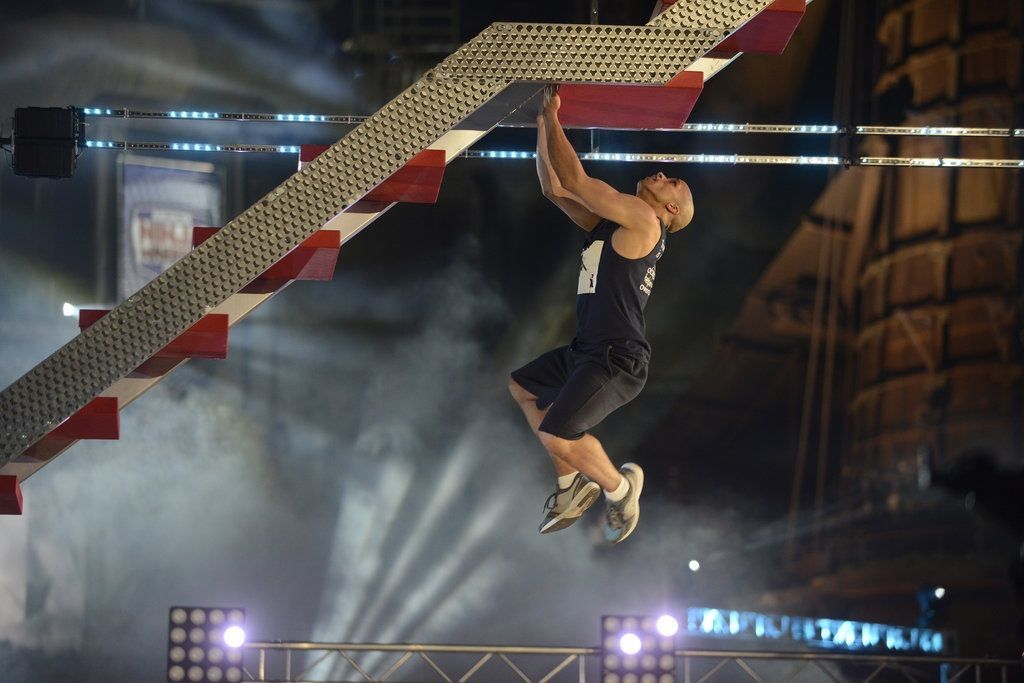 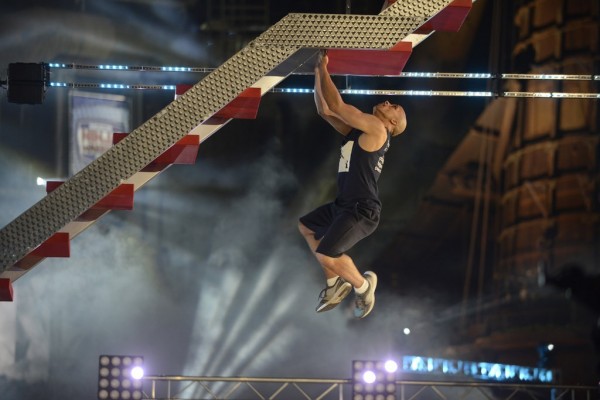 Sean Darling-Hammond made quite an impression on everyone when he walked onto the Pittsburgh qualifiers and shot himself all the way to the Vegas finals. Here’s the full interview our sports guy on the scene Shane Mclendon did with the American Ninja Warrior.

MTTG: I’m a big quote guy, but had never seen yours about the moral arc of the universe. Do you have a favorite athletic quote to share?

Sean: Yeah, I’ve got a few. The first one is sort of what this whole Ninja Warrior thing is about to me and why I do it. That is, “True Strength is not simply conquering obstacles. It is helping others overcome them.” I feel like one thing that makes Ninja Warrior different than a lot of other athletic pursuits is that is very much about how you are connected to a broader community. Everybody in this community is trying to help all the others to succeed. I’ve taken that both outward and inward. So I want folks in this community to succeed, but also want fans of this incredible show to succeed. Kids who don’t have as many opportunities, I want them to succeed as well. I try to put together little Ninja Warrior events that allow kids of all backgrounds to get inspired and believe in themselves.

The second quote is, “We don’t rise to the level of our expectations. We fall to the level of our preparations.” That one is a good reminder to me to train hard! We all think we’re going to do something magical when the time comes, then when the time comes we typically do about as well as we did in practice. Maybe a tiny bit better with all the adrenaline. So two, three weeks out, that’s the time to really start to push and evolve as much as we can be where we want to be in competition.

MTTG: Little bit about yourself for folks who may not watch each second of American Ninja Warrior as closely as I do.

Sean: Sure, so right now I’m a law clerk for a federal judge in the District of Maryland. I graduated from U.C. Berkley about a year ago. Before that I was a political consultant for cause oriented campaigns. Before that I went to Harvard for undergraduate studies. So I’ve been mostly brain for most of my life, so I didn’t really consider myself an athlete. But I started climbing about six or seven years ago and fell in love with it and got addicted. Started to compete and started winning some competitions and realized I had a knack for it. A lot of upper body strength is needed in American Ninja Warrior so it’s really easy to translate from climbing.

So I’ve been able to do better than I probably deserve to, but yeah, if you keep pushing, meet the right people to train you well, you can get pretty good pretty fast. 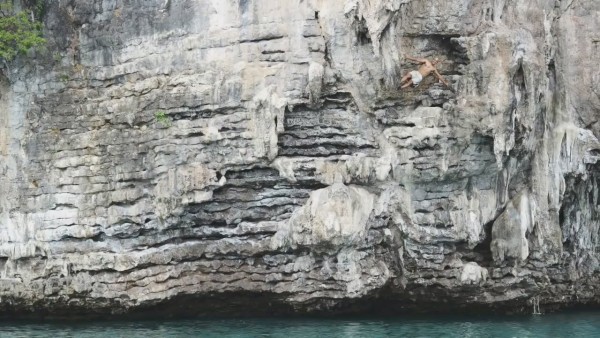 MTTG: How long have you been training specifically to be on the show and what inspired you to make the effort to get on Ninja Warrior?

Sean: So it’s funny you ask that. I can track that back to a specific day. A year and a week ago. August 10th, 2014. I had just moved to D.C. I had already played around with the idea of training for Ninja Warrior, had just finished the Bar Exam, I was about to start a new job. I said you know what, “It’s time to do it.” I can’t keep saying next year, next year. I’m gonna train really hard, apply go for it then see how it goes. The first competition that I did, locally, was in January. That was a rude awakening. I thought that I was strong but realized there’s a lot you have to be convergent at so I started training really hard. I got to meet all the guys in this community, the amazing men and women who do this as their career and their passion. They are so welcoming, so knowledgeable.

MTTG: Pretty cool, just training one year and you make it to the Finals.

MTTG: What has surprised you most about your experience on ANW?

Sean: I think what surprised me most was (probably true for most ANW rookies), is how quickly you can change as a person because of being part of this community. I’ve always considered myself to be a very optimistic person, but this has made me even more so. It’s made me really believe in the capacity of human beings to do incredible things. Not just athletically but for others. Folks in this community are just so giving, so welcoming. It’s really affirming to be around people like that for long periods of time. Just to see people so happy, positive, and just light as a feather.

MTTG: What is the freakiest thing you have seen from another warrior in terms of their athletic ability off the course?

Sean: Going to give two answers here. The first is Geoff Brittin. The single armed salmon ladder. I’ve tried it. I’ve gotten close, but to be able to do it and go all the way up with one arm…requires a level of physical ability that in the history of human beings, maybe .00001 percent of people have ever achieved. He does it humbly and naturally. And he challenges other people to do it, thinking we might be able to pull it out of our back pockets too! It’s something that he has earned through decades of hard work and he very rarely acknowledges himself. He is the real deal.

The other is Mike Myers, a fellow rookie like myself. He is all speed and confidence. I have never seen a human body move so fluidly. Guys like Elet, they have that ability absolutely, and Drew Dreshel, but they have been in this game longer, so part of what makes Mike so impressive….he has only been in this game as long as I have. And when you see him on an obstacle, it feels like he’s spent his whole life on it. Really magical to watch that.

MTTG: Describe your typical day for those that might benefit from training tips or just a better way to meet the day.

Sean: One is just get sleep. It’s so easy to underestimate the importance of sleep. But you can’t heal your muscles, your micro tears. You can’t have your muscles move along the right channels unless you are getting like 8 or 9 hours for every day that you work hard in the gym. And ideally 9 hours every night. That’s what the best athletes do, they get 9 hours sleep. And they don’t rely on coffee to stay awake. We’re awful at that in the U.S. We pack our schedules to the max. So make time or sleep is the number one thing.

The other tip is be consistent. Set goals that you can work consistently toward. I think we all have this idea that comes from Rocky montages where we think “I’m just gonna haul ass for like two months and I’m gonna evolve as a person.”

If only it were that easy. The reality is that if you’re trying to be a Ninja Warrior, to get to that level, you’re gonna have to lose a lot of weight. You’re gonna have to gain a lot of strength so your strength to weight ratio gets really good. You chip away at it. Then five months later you can’t even believe you are the same person. You’ve evolved.

MTTG: Akbar Gbaja-Biamila said you had his vote if you decided to run for President and clearly you made  more than an athletic impression on folks. What do you think is the biggest issue facing young people coming out of high school and college?

Sean: For high schoolers, having opportunities for either college or career. That’s an issue that actually starts a little earlier. That’s making sure that kids have access to wonderful teachers, excellent educational opportunities to prepare for college or a career. We’re just not funding well enough to do that. There are some school districts that have amazing amounts of resources, then some districts are treated almost as if they are third world countries. The kids are left to flounder and the kids are left to believe that no one has their back or believes in them. And that’s almost a constitutional violation that we’ve been ignoring for three decades at this point.

Once they are out of college I think the most important thing they can do is have opportunities to really grow as a person. To be as broad minded as possible. Traveling, meeting people in different cultures, expanding your horizons. That’s what allows people to be really well rounded and really kind to others.

MTTG: Good luck heading into the nationals in Las Vegas. Got any extra training planned, like pushing a Volkswagen uphill daily or thumb wrestling a lumberjack to improve that grip?

Sean: We would try to do these long long courses. Kind of like the Vegas stage one and two courses. We would give ourselves a shorter time to get through than on a real run. Then when we were through it, we would rest like 20 seconds and start it again! I have never gotten like so tired, and this was in the heat of summer. I thought I was gonna throw up! It was a ton of fun you know. You’re pushing yourself to the limits with your best friends. You’re realizing you can do things you didn’t think you could do. It was great and I can’t wait to do it again.