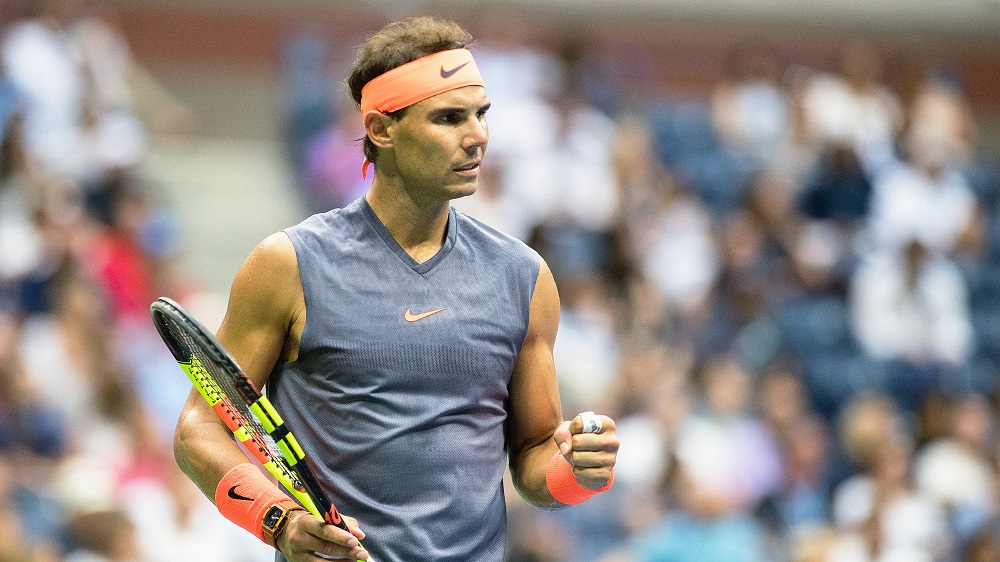 Rafael Nadal couldn’t escape his injury-prone past, and just after returning from one injury to play at the Paris Masters, Rafael Nadal was forced to pull out with another one. It was a strange day as three of the top tennis stars withdrew from the tournament.

Milos Raonic was the first to go with an elbow injury. Nadal was next with an abdomen issue which led to a rather furious audience reaction booing throughout the rest of the afternoon. Marton Fucsovics was the third player to pull out.

This time it wasn’t the troublesome right knee which had sidelined him since the U.S. Open semifinals in early September, but rather an abdominal injury which just crept up on him.

Given his history of injuries, Nadal listened to advice and did not play his second-round match against Fernando Verdasco on Wednesday.

“The last few days I start to feel a little bit the abdominal, especially when I was serving,” Nadal said. “The doctor says that is recommended to not play, because if I continue the abdominal maybe can break and can be a major thing.”

This latest injury will cost him his No. 1 ranking, which goes back to longtime rival Novak Djokovic next week.

Djokovic lost his top ranking to Andy Murray at the Paris Masters two years ago.

As he then struggled to come back from a lingering elbow injury, the 31-year-old Serb’s ranking plummeted to No. 22 in May this year.

But Djokovic has completely turned his form around, winning four of the last five tournaments he has entered, including Wimbledon, the U.S. Open and most recently the Shanghai Masters. The 14-time Grand Slam champion’s brilliant comeback makes him the first player to reach No. 1 after being ranked below 20th in the same season since Marat Safin in 2000, according to the ATP Tour.

Djokovic faces Damir Dzumhur in the third round, the first time they have played each other.

For Nadal, it is the second straight year he has withdrawn from the Paris indoor tournament, and he is not sure if he will play at the season-ending ATP Finals in London, starting Nov. 11.

“I cannot answer. I just go day by day,” the 17-time Grand Slam champion said. “The most important thing for me is to be healthy, be healthy and have the chance to compete weeks in a row. Something that I was not able to do this year, playing only nine events and retiring in two.”

Nadal has dealt with off-and-on knee problems for years, and the 32-year-old Spaniard prefers to be cautious. At the U.S. Open, he retired during his match against Juan Martin del Potro. He then skipped the Asia swing to recover, missing tournaments in Beijing and Shanghai.

Nadal is optimistic his latest injury will pass, providing he does not rush back.

“It would not be fair to say it’s a real injury today, but what is sure, if I continue it will be a real injury,” he said. “When you come back after injuries, and you push a little bit, the body at the beginning some issues can happen.”

Roger Federer also advanced to Thursday’s third round after big-serving Milos Raonic retired before their match with a right elbow injury.

Raonic injured himself during a three-set win against Jo-Wilfried Tsonga on Tuesday.

“In the middle of second set, I overextended my elbow and it did some kind of pain,” he said. “I went and I did an ultrasound and MRI, and they found some kind of a lesion in the tricep.”

Federer, who won his 99th career title at the Swiss Indoors last Sunday, will next face 13th-seeded Fabio Fognini. He leads the Italian 3-0 in matchups.

Sixth-seeded Dominic Thiem won 6-4, 6-2 against Gilles Simon, beating the Frenchman for the eighth time in 10 meetings.

No. 7 Kevin Anderson, the Wimbledon runner-up; No. 8 John Isner, No. 9 Grigor Dimitrov, No. 10 Kei Nishikori and No. 15 Diego Schwartzman also advanced.

Isner and Nishikori are competing with No. 5 Marin Cilic and Thiem for the last two ATP finals places. Cilic faces Dimitrov on Thursday.

No. 11 Borna Coric completed second-round action with a 6-4, 6-4 win against Daniil Medvedev and next faces Thiem.