In an earlier article, we talked about actor Tim Roth’s lament that he might never get to play the Abomination again in the Marvel Cinematic Universe. That’s not only true for Tim Roth but for Liv Tyler as well, who played Betty Ross. Both of them could easily return for a solo Hulk film depending on the outcome of Infinity War Part 2. And now, Mark Ruffalo is doing some lamentations of his own for the same reason. He stated that a solo Hulk film wouldn’t be happening because Universal is not playing nice.

“I want to make one thing perfectly clear today. A standalone Hulk movie will never happen because Universal has the rights to the stand-alone Hulk movie, and for some reason, they don’t know how to play well with Marvel. And clearly, they don’t like money. But I feel I have two or three years before I’m too old to play the Hulk.”

The situation with Universal is weird as they let Marvel borrow Hulk and Thunderbolt Ross won’t let Marvel make a solo film. Is it just Universal’s fault? Is Marvel taking their sweet time in finding another chink in Universal’s armor? Perhaps but thankfully, the MCU is fine as it is even without a solo Hulk film. But still, it would be better if Marvel completed the ensemble by making solo films for the other Avengers members. Are you telling us that Ant-Man gets to have his own film but not Hawkeye. Black Widow and the Hulk? For the two super spies, their time in Budapest would surely make for a great spy thriller, but by the time that happens, they’ll look too old as well. As for the Hulk, we’d like to see everyone back in their respective roles. The return of Abomination, the return of Betty Ross, and the return of Mr. Blue, aka, The Leader. If Phase 4 is going to be something different, this is Marvel’s chance and maybe if things goes Disney’s way, they could not only buy the Hulk’s film rights back but Universal Studios itself and start cranking out more gamma-irradiated adventures.

But we fans usually want closure, especially if you don’t kill off the villain, what happens? I still ask the question of what happened to The Joker after Dark Knight. He can always come back, right? But in honor of Heath Ledger, they probably just left it at that. How about Abomination? Someone almost screwed up and let him join the Avengers, but someone’s bound to screw up again. It’s should be pretty difficult to keep someone like that locked down. Only this time, the guy who screwed up is Steve Rogers.

It’s been a while since we’ve done a pitch article. So here it is. When Steve Rogers (by this time, he’s no longer Captain America) released his team of Avengers from the Raft, he inadvertently gave Emil Blonsky a chance to escape. The fact that someone like the Abomination escaped prison would cause widespread panic so General Ross would keep something like it under wraps and keep Tony a bit vigilant. Soon enough, Blonsky starts a racket and Tony with the Hulkbuster appears to take care of things. Only this time, Blonsky isn’t alone. A red-skinned female Hulk shows up with him.

Unfortunately, Tony couldn’t handle the combined strength and smarts of Blonsky and the female Hulk. Just as the Abomination is about to deliver the final blow, Banner shows up. Banner was working with Tony in some lab before the event, and Tony tells Banner to stay put and let his Hulkbuster handle things. Banner changes into Hulk and fights Abomination while the mysterious female Hulk disappears. 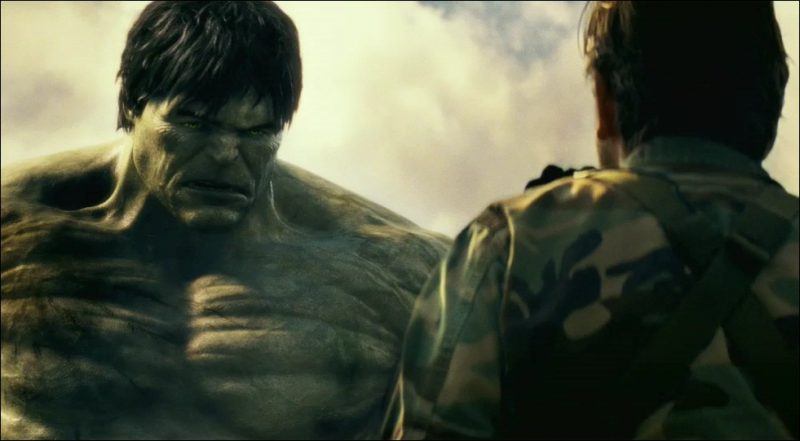 It appears to be an equal match, but something suddenly happens. The Abomination is gripped with an intense headache and seizures. He collapses, dies and begins to deteriorate. The Hulk leaves the scene and disappears again after seeing all the damage around him. But eyes are actually on him and follows Banner to his hideout.

Banner blames himself for the Abomination’s actions and decides to lay low (thus setting up the solo). Again he tries to remove The Hulk from the equation by trying to contact Mr. Blue. He is also afraid and curious of what could happen to him after what happened to Blonsky.

Mr. Blue makes contact but says he’s in mortal danger and needs The Hulk’s help, but without the Avengers. Bruce smells something fishy but is suddenly besieged by two more Hulk-beings. He dispenses with them easily and they suffer the same fate as Abomination. Feeling guilty of spreading some sort of disease, Bruce decides to deal with the problem himself.

I can’t exactly hammer out the middle of the plot, but in the finale, Hulk goes up against the Red Hulk who is General Ross. After Infinity War, he threw the Sokovia accords out the window after seeing how every super-powered human including the Defenders and Inhumans fought against Thanos’ invading forces. Ross makes use of Sterns to jump-start the Super Soldier program. As a side to that, he also seeks help to cure Betty’s cancer. Sterns gives him the power of the Red Hulk and ‘cures’ Betty but turns her into a brainwashed Red She Hulk. Sterns turns the tables on Ross and uses Betty and their deteriorating conditions to capture Bruce. Sterns’ formula isn’t perfect resulting in the deterioration of his creations, so he wants to further analyze Bruce. Ross does Sterns’ bidding to save Betty, secure Bruce but gives Sterns the keys to the world in the process.

Can’t tell what happens in the end as I don’t have much of an idea of that too it’s just that the concepts I came up with seem too good to pass up and not share. If anyone’s listening, Universal, the rest is up to you. Time to play nice.