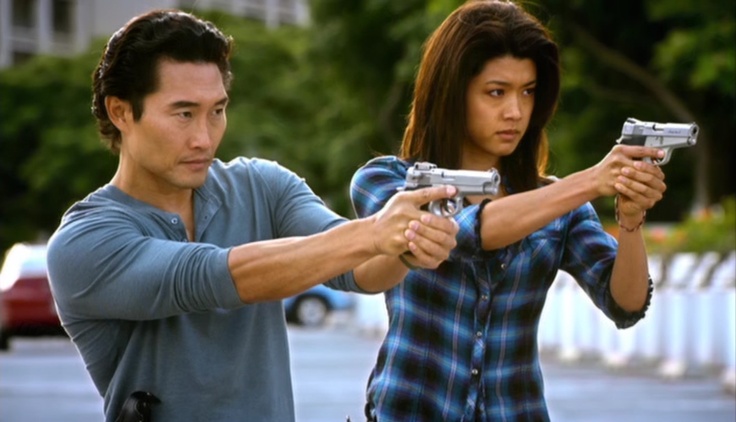 This week’s heroes are two actors who refused to be paid less than their fellow colleagues, so they bounced. The zero is a guy who played the fool and embarrassed himself in front of the whole world.

We all know that Hollywood is a fickle place and one of the things the industry continues to strive for is diversity. Well, at least that’s what we are told. So if you aren’t white in the land of milk and honey, you can have a harder time “making it.” For those people of color (POC) that do make it, often times they have to work harder and longer but still get paid less than their white counterparts. Some go with the flow because they are just happy to be working. Others stand up to the system and demand equal pay. That’s why Grace Park and Daniel Dae Kim, formerly of the show Hawaii Five-O, are this week’s heroes because instead of continuing to be paid less than their white co-stars, they simply just quit.

It takes a lot of guts to quit a job. Kim and Park were principle characters on the show and yet still didn’t take home the same amount of money as other cast members. Folks argue, including the showrunner Peter Lenkov, that Kim and Park were generously compensated. But that is according to whom? A white man who says what they received was enough? This is the problem with the Hollywood patriarchy. You have people in places telling people of color, in essence, that they should be grateful for the money they receive and don’t “rock the boat.” How dare they tell folks not to demand what they are worth? If what they were offered still didn’t match their white co-stars, then it wasn’t enough for them. Period.

People of color continue to fight for equality across the board in multiple industries. We have come a long way in Hollywood, but we are still nowhere near where we should be. Too often black actors and actresses, as well as Asian entertainers and other performers of color, get the short end of the stick. Everything is a numbers game with these folks in power and for the big wigs at the top of the ladder people of color just don’t deserve fair pay. What else are we to think when this kind of inequality happens? It is the same mindset that says black movies don’t do well in the theaters. It’s simply not true. Representation is paramount for the advancement of all members of a society and those in the trenches paving the way must be properly compensated.

For making a huge statement that is bringing attention to a gross misfortune in an industry that everyone wants to be a part of, Grace Park and Daniel Dae Kim are heroes. 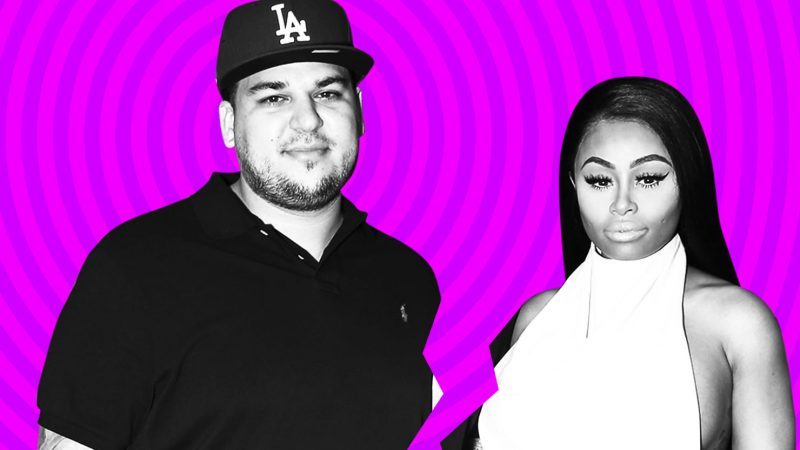 He is the boy who cried wolf. The man played for a fool. The dude who didn’t listen and the brat who can’t stop complaining. Rob Kardashian is this week’s zero because of the social media bashing of his baby momma, Blac Chyna, but not for the reasons you would think.

I put him in the losing spot not as a means to take up for Blac Chyna. Women like her will always find a way to use their “assets” to their advantage, and if I am being totally honest, I don’t totally respect that. Mainly because I know extremely talented people who are still struggling to make it and aren’t willing to bear it all for the Gram to make a buck. I mean it doesn’t take much talent to pop your booty. But I digress. Rob is a zero because he wants people to feel sorry for him about being played by Chyna. He is a sucker. He is a chump, and he is a spoiled little rich boy who didn’t listen to his big sisters, and now his feelings are hurt.

This man threw a public tantrum on a worldwide platform and doesn’t realize that he’s the one who looks stupid. A woman like Chyna will always do what she does. She is what she is, and you can’t change that. He thinks that by showing us the videos, pictures, etc. of her in her element, he’s doing something or embarrassing Chyna? We knew who she was when they first got together, so none of what she’s done to him is a surprise. It’s not even a surprise to me that he fell for it. Actually, nothing about this situation surprises me. It’s the natural order of things when you try to wife a hoe. There really is no other way to put it.

Rob is a bratty little boy whom everyone is now clowning. He’s the loser in the situation on so many levels – money wise, dignity, and reputation. The best thing for him to do is just stop, lay low and focus on being a father to his daughter; who, by the way, will one day see how all of this foolishness between her parents unfolded.

For being the shmuck he is and wanting sympathy, Rob Kardashian is a zero. 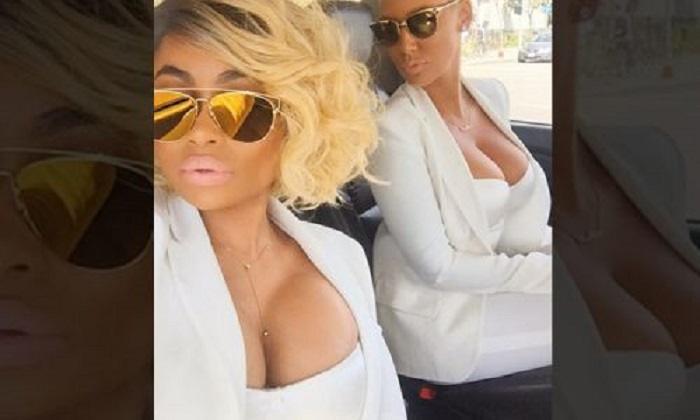 Blac Chyna was granted a temporary restraining order barring Rob Kardashian from coming near her or posting about her online.

The reality star appeared in court Monday morning with her attorneys as she sought to stop what she alleges is cyber-bullying by Kardashian.

Kardashian posted personal information last week about his relationship with Chyna on his Instagram account, including sexually explicit images of his former fiancée whom he accused of cheating on him and using him for his fortune.

Outside of court, Chyna’s attorney Lisa Bloom said they were granted everything they sought in their petition.

Attorney Robert Shapiro represented Kardashian, who did not appear in court.

Shapiro said his client stipulated to the restraining order and agreed to follow all the conditions.

The attorney said Kardashian’s concern now “is the health and welfare of the baby and both parents are going to work toward that goal.”

“I, personally, on Mr. Kardahsian’s behalf apologized and offered our regrets as to what happened in the past couple of days,” Shapiro said. “Now we move forward to do one thing and one thing only, what ever is in the best interest of the child.”

Chyna echoed that sentiment in a brief statement she made after the hearing.

“I’m just going to get back to co-parenting Dream,” she said.

In the petition, Chyna, whose legal name is Angela White, alleged that Kardashian swore at her in front of her 4-year-old son, King, and got angered when she attempted to call King’s father during an argument back in April.

“Rob immediately grabbed my phone and pushed me to the ground by aggressively shoving me by the side of my arm and hitting me on the side,” the declaration read. “I fell down from the blow to my side. I was sore and it hurt to walk.”

The next hearing in the case has been set for August 8.

Earlier the model and entrepreneur appeared on “Good Morning America” with Bloom in an interview which aired Monday morning before the hearing.

Chyna told “GMA” she was “devastated” by Kardashian’s actions.

“Like, this is a person I trusted,” she said. “I just felt…betrayed.”

She denied claims she engaged with the photos by liking some of the images her ex posted, saying she has Kardashian blocked on Instagram.

She said she decided to pursue legal action after speaking with her former love with whom she shares an eight-month-old daughter, Dream.

“The moral of the story is he doesn’t respect me,” said Chyna, whose real name is Angela White. “If you can’t respect me, you have to respect the law.”

Bloom said on Friday she had filed for a temporary restraining order against Kardashian on behalf of her client.

The former couple has had a tumultuous relationship that’s been documented on both social media and their E! reality series “Rob & Chyna.”

Things were also complicated by the fact Chyna shares a son with rapper Tyga, who left her to begin dating Kardashian’s younger sister, Kylie Jenner.

On Monday’s “GMA” appearance, Bloom defended Chyna against those who say the reality star already exposes a great deal of herself in her own social media postings.

“Any explicit photos that she may have chosen to post in the past that’s her choice,” Bloom said. “This is like saying that a woman can’t be raped if she previously chose to have sex with someone. It’s her body; it’s her choice, Kardsahianseach time.”

Chyna said she and Kardashian split in December and there is absolutely no hope of a reconciliation. She said she has not heard from any of his family members since Kardashian’s social media postings last Wednesday.

Chyna addressed speculation that she got pregnant as a revenge ploy against the Kardashians or to get money out of the reality mogul family, Chyna denied it.

“I was already Blac Chyna Kardashians,” she said.