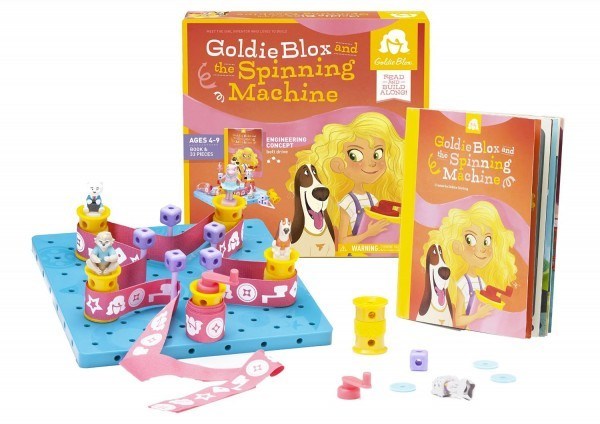 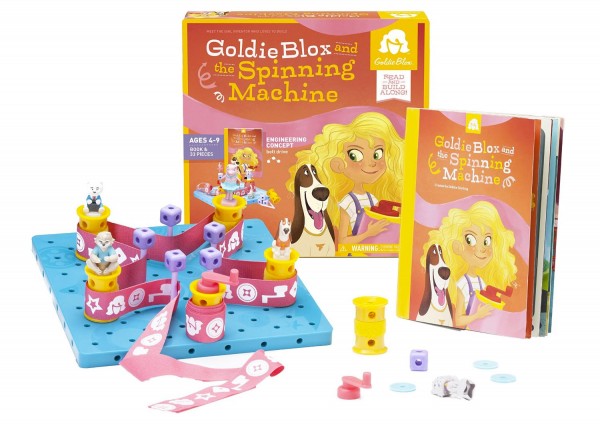 The GoldieBlox is an engineering toy and book series that is specifically geared towards girls. It comes with a storybook, character figurines, and a construction set – everything that every little girl needs in order to build, learn, and have fun at one go! 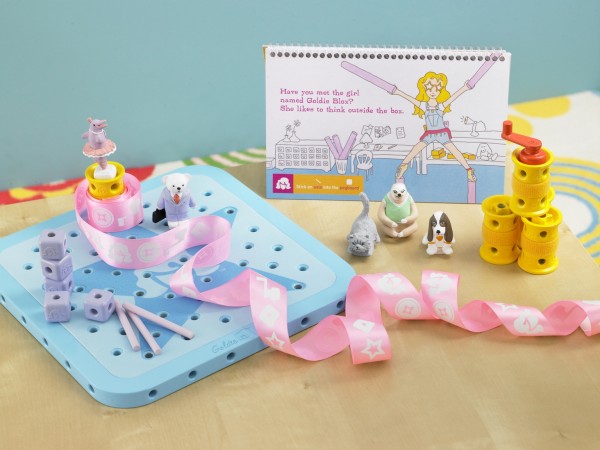 Who Would Buy The GoldieBlox construction sets?

Little girls have always been expected to play with dolls and act out domestic scenarios when “playing house”. This makes parents keener on finding more stimulating toys that will challenge them and enable them to learn while they are building. By combining a storybook concept with character figures and actual construction, GoldieBlox is every little girl’s parent’s dream. GoldieBlox is geared towards children aged 5  to 9 years old. 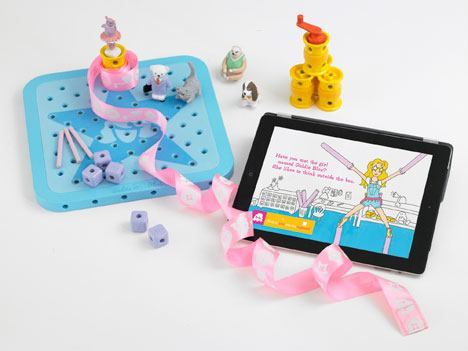 Children can never get enough of stories, and GoldieBlox recognizes this. The concept of teaching them to build while sharing the adventures and discoveries of the main character Goldie is very ingenuous.

The introductory kit, GoldieBlox and The Spinning Machine, focuses on building a belt drive, and it already contains everything that will be needed to construct it, such as a pegboard, wheels, axles, blocks, washers and cranks.

Of course, this will definitely pique your child’s imagination and improve her critical skills. It’s a good thing that there is a wide selection of GoldieBlox kits to choose from, such as one that involves building a parade float vehicle, and another that is about constructing a pulley elevator.

The character of Goldie is also not your typical girls’ doll. She’s “built for action and not for fashion”. In short, she’s an intelligent, resourceful and curious girl – definitely someone every parent would not mind having around to influence their kids. She is one role model that anyone would appreciate having.

Once assembled, the toy surprisingly takes up a lot of space. This means you have to have more than enough shelf space available for storing it. There are also instances where some parts don’t fit as snugly as we want them to.

The manufacturer provides a 30-day limited warranty from defects in materials and workmanship of this product.

Is The GoldieBlox Worth The Money?

Science, engineering, math and technology are areas where girls or females typically do not excel in, especially at very young and impressionable ages. Anything that will make them interested in these subjects is definitely worth the money.

Where Can I Buy The GoldieBlox?

You may purchase the GoldieBlox in the manufacturer’s website, as well as the online store Amazon, where the kits can be purchased, along with great deals. Free Shipping is one benefit of buying this product from Amazon, since it will save you a lot of money in shipping and handling.

Who said only boys are interested in tech toys and building things? With GoldieBlox, you can awaken the little engineer that is hidden inside your little girl! You can find your best prices for GoldieBox here.