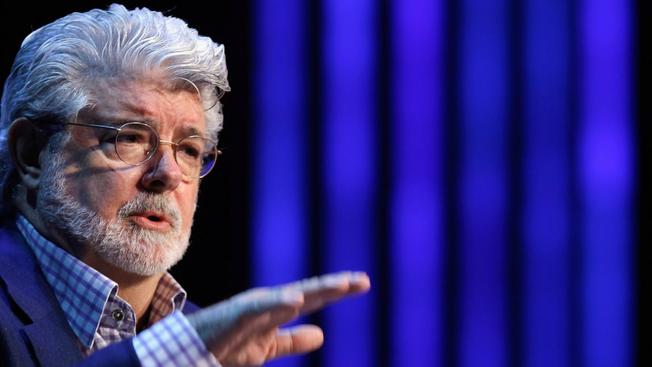 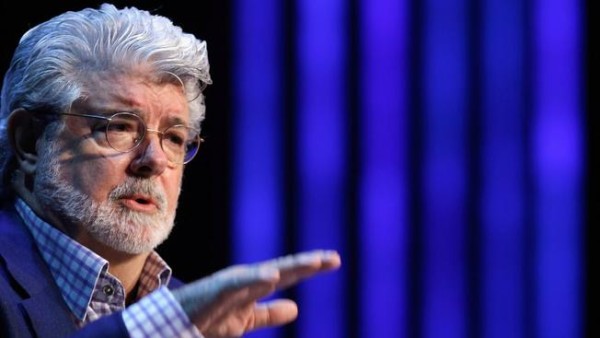 Sometimes celebrities will do an interview and forget themselves, saying things in the heat of the moment, and George Lucas has proven to be no different. In an interview with Charlie Rose on PBS, the “Star Wars” creator criticized Disney‘s handling of “Star Wars” and stated he had sold his characters to “white slavers.” It’s unknown if Rose did a follow-up question or if it was cut in editing, but any interviewer worth their salt would immediately jump on that comment to dig deeper.

After a firestorm hit, surely from the Mouse House, Lucas has stepped way back from his comment and is now backtracking. He’s now “thrilled” to have sold off his universe to them.

He might be a heavyweight in Hollywood, but anyone who’s dealt with Disney knows, they don’t play.

In a statement issued Thursday, Lucas says he misspoke and used a “very inappropriate analogy.” It was not clear what the “Star Wars” creator meant by the “white slavers” comment, and Rose did not ask a follow-up question on his PBS show that aired Dec. 24. The charged words nonetheless sparked ire when the interview was posted online Wednesday.

“I rarely go out with statements to clarify my feelings but I feel it is important to make it clear that I am thrilled that Disney has the franchise and is moving it in such exciting directions,” said Lucas in his statement.

He sold his company, Lucasfilm, to the Walt Disney Co. in 2012 for $4.06 billion, and the studio charged ahead in developing “Star Wars: The Force Awakens” with director J.J. Abrams and Lucasfilm president Kathleen Kennedy. Disney has laid plans for two more “Star Wars” films and three anthology films set in the Star Wars universe over the next few years.

Lucas discussed his decision to stay out of the new installments in the hour-long interview with Rose and had criticized Disney’s retro, fan-centric approach to “The Force Awakens.” The interview was conducted prior to the Dec. 14 premiere of the film, where Disney chairman and CEO Bob Iger thanked Lucas, who was in attendance, for his “sheer genius” in creating “Star Wars.”

“The Force Awakens” plays homage to Lucas’ original trilogy and has garnered largely positive reviews from fans and critics alike. After less than two weeks in theaters, it has already become the eighth highest grossing film of all time globally.

“I have been working with Disney for 40 years and chose them as the custodians of ‘Star Wars’ because of my great respect for the company and Bob Iger’s leadership,” said Lucas in his Thursday statement. “Disney is doing an incredible job of taking care of and expanding the franchise.”