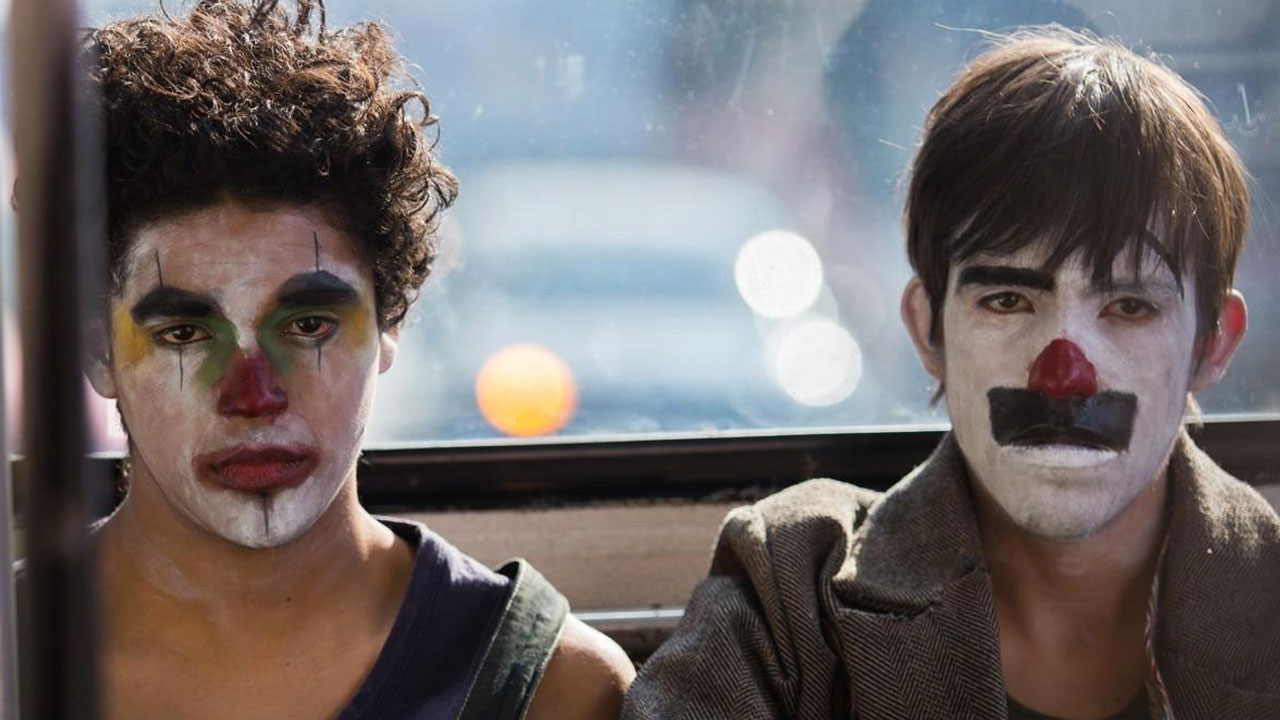 Ever since Gael Garcia Bernal hit the screen with “Y Tu Mamá También,” he’s continually chosen film projects that he wants to do. Rather than worry about what would get his career kicking into high gear the fastest, he’s followed his heart and passion which has given him more longevity in the business than most of his peers.

Now, Bernal is finding it’s a lot more relaxing being at the Cannes Film Festival as a director than as an actor.

“As a director everything is done,” says Garcia Bernal, whose film “Chicuarotes” is playing as an official selection but out of competition at Cannes.

“There’s nothing else to do. So, I just, I don’t know, let myself go. And I love the movie, I like it a lot. I like what we all did, all the collaborators did a wonderful job. And I’m proud of them and I’m happy,” he said.

Thankfully, his being more relaxed made for a much more fun interview without feeling so rushed.

“Chicuarotes” follows two teenage friends in a town within Mexico City who turn to crime in an attempt to change their lives. The Mexican star says the lives of the characters are completely foreign to what he experienced growing up.

“What’s so striking about the world they live in is they grew up in something that I am so far away from,” he told MTTG in an interview this week. “I grew up in a very loving family and these kids (have) not. They don’t have it. And I just can’t understand how anyone grows up like that.

“It’s like ‘how do you do it?’ I don’t know there’s something about wanting to know a person … (and) the consequences of this cycle of violence that they go through.”

This is not the directorial debut for Garcia Bernal, but he is better known for his acting projects, including “The Motorcycle Diaries,” “Bad Education” and “Mozart in the Jungle.”

Garcia Bernal first considered making the film a decade ago but decided to put things on hold following the birth of his son.

“I had to get out from it a little bit. So, I’ve been revisiting it constantly and now I’ve ended up making it,” he says.

Gael Garcia said the casting was among the more complicated aspects of getting the movie done, particularly casting Emmanuel as the main character Cagalera.

He added: “We did workshops for two years with actors and yes, it was really nice. It was wonderful.”

“Chicarotes” comes back time and again to the question posed by the opening scene, whether violence is the on ly way to get things done in Mexico. It suggests, however, that violence just engenders violence and maybe there are other ways for Mexicans to live together. Could you comment?

One of the main issues or ways into the film is the open question of where violence comes from. It’s hard to answer that without being too on the nose, but the film does ask how you manage to create a loving family, love within a family. Its absence is definitely one factor that makes Cagalera dead inside, someone who could end up as a petty contract killer.

In “Chicarotes,” if you talk about absence, Cagalera’s father is often under the influence, beats his wife Tochi and and near kills his son, Cagalera.

Yes, and the mother channels his violence through her passivity, by refusing to take action, try to change anything.

Even so, the film still gives the feeling that there is hope for Mexico, it comes from its women. Sugehili gives a sense of a younger generation that’s not going to walk away from the country’s problems but try to make things better.  Do you see this as reflecting  contemporary reality?

Absolutely, in terms of making the film, it was interesting that half of the crew were women, which came about naturally. Regarding the film itself, having a son meant I disconnected, took me to another place. When I came back to engage with the film, I wanted to find some sense of light in the narrative. That meant making the character of Sugelili more prominent, for her to be the hope. We don’t know what she’ll end up doing at the end of the film, but she’s definitely a hope. Having seen the film recently, I think there’s a sense of Greek tragedy about some of it, but at the same tome it also has a strong connection with an anti-hero Western. We root for Cagalera. The trouble with, say, the Peckinpah movies is that they don’t turn anything around to offer a sense of hope [that we need nowadays]. The film combines things we’ve thought of and things which are consequences of the times we live in and make complete sense.

Did you write the screenplay with Augusto Mendoza?

The script was written over 10 years ago.It was a very different script. It’s changed a lot but there were three things that haven’t changed.First of all, Augusto’s wonderful mixture of comedy and drama which you see in the opening scene. The film goes to really dark places, but with  a lot of humor, rooted in day-to-day things. Then there’s the context. Augusto, his family, is from San Gregorio, so you can see that in the nicknames the characters have: Cagalera, Moletco, and Chillamil, a d the way they speak. And the first scene remains. Augusto started off writing a short film about clowns that rob a bus, that why he wanted to write this script.

In terms of direction, you often move the camera around in a  continuous shot rather than cutting on movement. This gives a sense of a common space, and claustrophobia, and also a clearer idea of the district, what places are where….

Yes! exactly! We wanted to create a map of the town so that we always knew where we were: the waterfront, the places around it, the mainland, and also, for example, with the kidnapping plan, to be very precise in terms of, O.K., they are doing this-and-at this time this is going to happen, and if this happens, they’re going to change plans, and do this. The discipline of logic, however arbitrary, helped a lot when writing.

“Chicuarotes” comes back to a fish tank inhabited by some axolotls. They seem symbolic, amphibians which can change, raising the question as to whether Mexico itself can change as much.

Axolotls regenerate. They can live for 18 years, but never grow old, stay young and die young. They’re always in a constant sort of evolution. But only one out of 100 or something gets to be a salamander.