Sadly, we lost Paul Walker last year doing what he loved the most, driving fast cars just like his character in the lucrative “Fast & Furious” franchise. Fans have tried to figure out how the film will have him exit, but you know it’s going to be a very emotional moments with some damp eyes in the audience…even from those tough guys. Check out the full length trailer below.

Universal has released another full length trailer for “Furious 7“, the Huffington Post reported late yesterday, and for those who felt the Super Bowl spot wasn’t enough, this will quench your thirst for action.

The latest trailer runs just under three minutes, and it has everything you want in it without feeling like they’re giving away the whole plot and surprise shots. Paul Walker is definitely front and center as expected, but it also reveals several angles we can expect in the film. Like every “Fast & Furious” with Vin Diesel, his Dom plays the big daddy of the group, but the main plot of “Furious 7” brings Jason Statham into the fold as Deckard Shaw, the brother of “Fast & Furious 6’s” Luke Evans. Kurt Russell also joins the cast so we know just what a badass Statham is and being on his bad side will warrant major problems. We get to see a lot of Statham doing what he does best as an angry white guy seeking to avenge family honor. Fans have been waiting for Statham to be part of this franchise, and it looks like it will have been worth it. Vin Diesel even seems unusually wary of the guy as he’s apparently got ‘family.’ 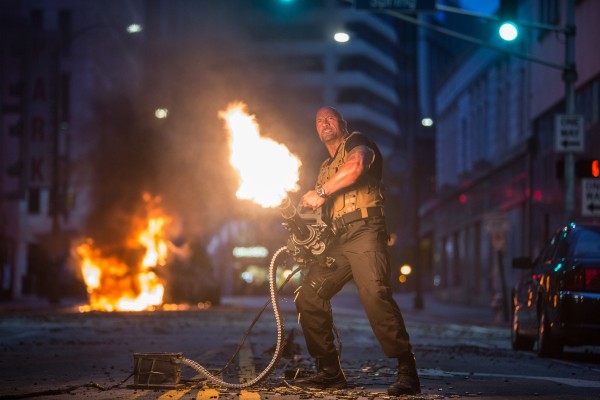 Many people will feel a little lump growing in their chest when the trailer touches on family as many fans know this is Paul Walker’s final film in the series after being killed in a car crash last year. I always look forward to these films since they got it back on track with “Fast Five”, and this one will definitely be one of the most emotional ones as we say goodbye to Walker. Without him, it’s hard to know how the series will continue, but Universal keeps finding the right formula after getting it’s profitable franchise back on track.

“Furious 7” opens in theaters on April 3.