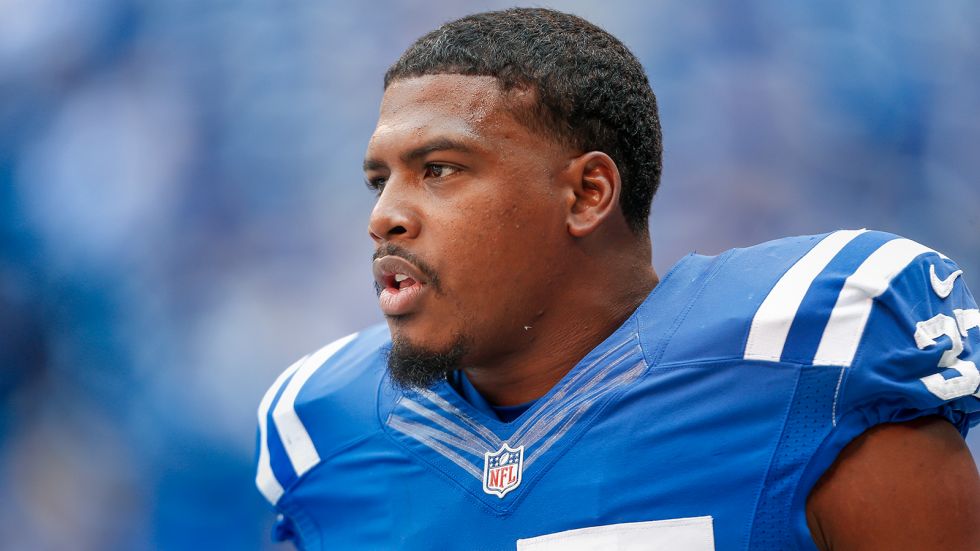 Every week we hear about another person dying from a gunshot wound, but former Indianapolis Colts running back Zurlon Tipton sadly did this to himself at a Michigan car dealership. He was 26.

This one had a sad twist as the local news station WJBK reported that Tipton had spoken with people after the accident and was expected to survive.

St. John Hospital spokesman Brian Taylor confirmed Tipton’s death Tuesday. Police say he was handling a duffel bag when a gun in the bag fired as he dropped off his car in Roseville. They further stated that the former football player pulled into the service bay at a Chrysler Dodge Jeep Ram dealership in Roseville, Michigan, at around 9:30 a.m. He was reaching for a duffel bag, which had two guns inside when one of the guns accidentally went off and shot Tipton in the stomach.

Tipton appeared in 16 games over two seasons for the Colts, gaining 38 yards on 15 carries. He was released by the team in December.

The Detroit native played college football at Central Michigan. Tipton’s best season was 2012 when he scored 19 touchdowns and rushed for nearly 1,500 yards. Injuries limited him to only five games in 2013, his senior season.

The Wayne County Medical Examiner confirmed the victim’s identity and has an autopsy scheduled for Wednesday, June 29.

“A gentleman … brought a vehicle into our service department between 9 and 9:30 this morning,” Mark DeMara, general manager of the dealership, told The Detroit News. “He had a transmission leak in his vehicle. At some point he reached into a duffel bag that was on the passenger seat of his vehicle and the pistol that was in there deployed and shot the gentleman in the abdomen.”

In December, Tipton was arrested near Indianapolis for allegedly firing an assault rifle. According to the Indy Star, he was charged with criminal recklessness with a deadly weapon.

CMU says the death is “shocking and tragic.”