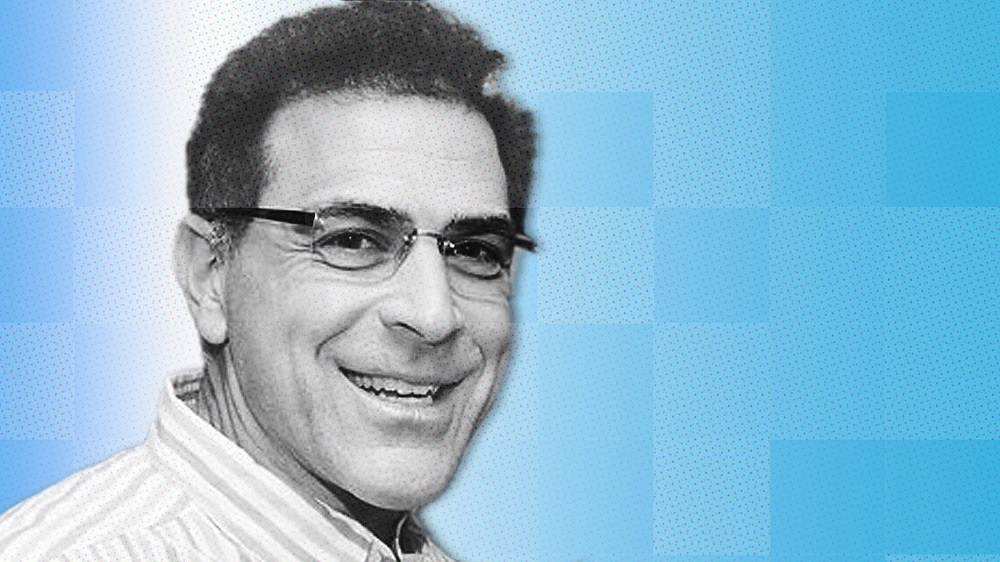 Like any corporation, Facebook needed a fall guy for their latest blunder in a growing list of them, and PR Chief Elliot Schrage took the hit for Mark Zuckerberg and Sheryl Sandberg.

In a Facebook post that went up late Wednesday, Elliot Schrage said the responsibility to hire Definers rests with him and that he approved the decision to hire it and similar firms.

Schrage provided his explanation in a message sent Tuesday to Facebook’s employees, but the company waited until late Wednesday to publicly share it at a time when most people in its home country were focusing on the Thanksgiving holiday weekend. Facebook CEO Mark Zuckerberg also didn’t mention Schrage’s role in hiring and working with Definers in an interview with CNN aired late Tuesday.

Definers’ link to the Menlo Park, California, company was exposed in a story published by The New York Times earlier this month.

Schrage has been at Facebook for a decade and announced his departure in June. In the post, he acknowledges that Facebook asked Definers “to do work” on Soros after he called Facebook a “menace to society” in a January speech. Definers also helped respond to what Schrage described as unfair claims about the company.

Even so, Schrage conceded that Definers’ got carried away in its work to discredit Facebook’s critics. The system he set up on the company’s communications team “failed here and I’m sorry I let you all down,” he wrote.

Sheryl Sandberg, Facebook’s chief operating officer, followed up with Schrage’s note of contrition with one of her own, acknowledging her responsibility for overseeing Facebook’s communications team. Like Schrage, Sandberg was a top executive at Google before coming to Facebook a decade ago.

Sandberg said she did not remember Definers when she the Times article, but said she then asked employees to double check if she had ever been notified about the firm.

“Some of their work was incorporated into materials presented to me and I received a small number of emails where Definers was referenced,” Sandberg wrote.

Zuckerberg, who is Facebook’s controlling shareholder as well as its CEO, is standing behind Sandberg, despite the backlash caused by the company’s retention of Definers and its campaign against Soros. He told CNN on Tuesday that he hopes to work with Sandberg “for decades” to come. 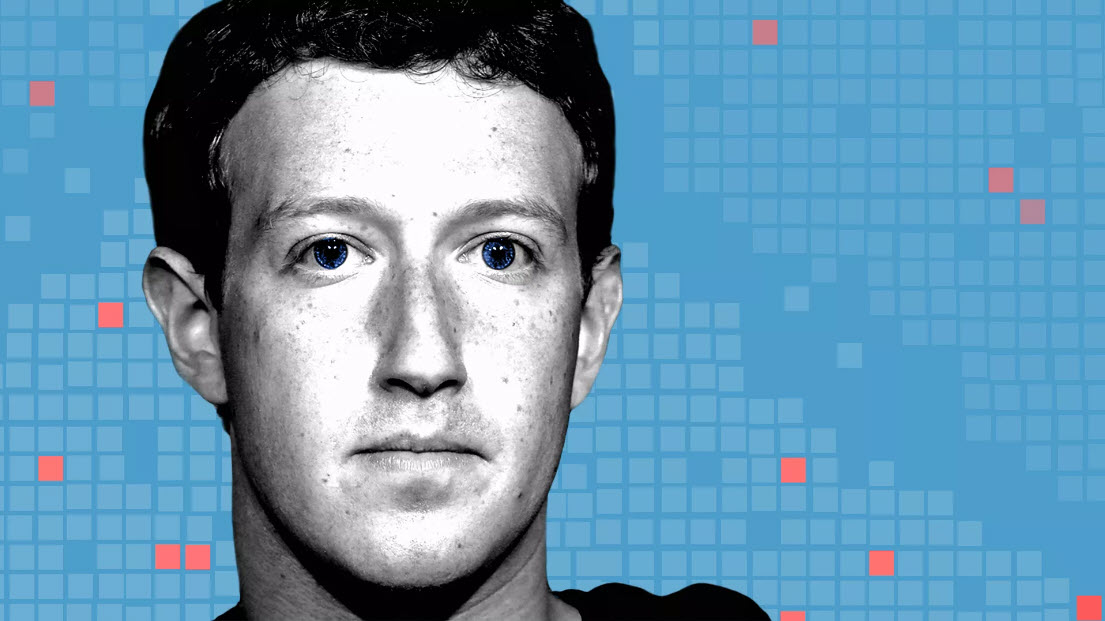 Many of you have raised questions about our relationship with the Definers consulting firm. We’ve been looking into this and though it is close to a holiday for many of you I wanted to share an update on what we’ve learned and where things stand:

Why did we hire Definers?

We hired Definers in 2017 as part of our efforts to diversify our DC advisors after the election. Like many companies, we needed to broaden our outreach. We also faced growing pressure from competitors in tech, telcos and media companies that want government to regulate us.

This pressure became particularly acute in September 2017 after we released details of Russian interference on our service. We hired firms associated with both Republicans and Democrats — Definers was one of the Republican-affiliated firms.

What did we ask them to do and what did they do?

While we’re continuing to review our relationship with Definers, we know the following: We asked Definers to do what public relations firms typically do to support a company — sending us press clippings, conducting research, writing messaging documents, and reaching out to reporters.

Some of this work is being characterized as opposition research, but I believe it would be irresponsible and unprofessional for us not to understand the backgrounds and potential conflicts of interest of our critics. This work can be used internally to inform our messaging and where appropriate it can be shared with reporters. This work is also useful to help respond to unfair claims where Facebook has been singled out for criticism, and to positively distinguish us from competitors.

As the pressure on Facebook built throughout the year, the Communications team used Definers more and more. At Sheryl’s request, we’re going through all the work they did, but we have learned that as the engagement expanded, more people worked with them on more projects and the relationship was less centrally managed.

Did we ask them to do work on George Soros?

Yes. In January 2018, investor and philanthropist George Soros attacked Facebook in a speech at Davos, calling us a “menace to society.” We had not heard such criticism from him before and wanted to determine if he had any financial motivation. Definers researched this using public information.

Later, when the “Freedom from Facebook” campaign emerged as a so-called grassroots coalition, the team asked Definers to help understand the groups behind them. They learned that George Soros was funding several of the coalition members. They prepared documents and distributed these to the press to show that this was not simply a spontaneous grassroots movement.

Did we ask them to do work on our competitors?

Yes. As I indicated above, Definers helped us respond to unfair claims where Facebook was been singled out for criticism. They also helped positively distinguish us from competitors.

Did we ask them to distribute or create fake news?

Who knew about this work, and who signed off on it?

Responsibility for these decisions rests with leadership of the Communications team. That’s me. Mark and Sheryl relied on me to manage this without controversy.

I knew and approved of the decision to hire Definers and similar firms. I should have known of the decision to expand their mandate. Over the past decade, I built a management system that relies on the teams to escalate issues if they are uncomfortable about any project, the value it will provide or the risks that it creates. That system failed here and I’m sorry I let you all down. I regret my own failure here.

Why have we stopped working with them?

Mark has asked us to reevaluate how we work with communications consultants. It’s not about Definers. It is about us, not them.

Mark has made clear that because Facebook is a mission driven company, he wants to hold us to a higher standard. He is uncomfortable relying on any outside firm to make decisions about how to make our case about our mission, policies, competitors and critics until he can become comfortable with our management, oversight and escalation.

Where are we now?

Many people across the company feel uncomfortable finding out about this work. Many people on the Communications team feel under attack from the press and even from their colleagues. I’m deeply disappointed that so much internal discussion and finger pointing has become public. This is a serious threat to our culture and ability to work together in difficult times.

Our culture has long been to move fast and take risks. Many times we have moved too quickly and we always learn and keep trying to do our best. This will be no exception.

Our legal team continues to review our work with Definers to understand what happened. Mark and Sheryl have also asked Nick Clegg to review all our work with communications consultants and propose principles and management processes to guide the team’s work going forward. We all want to ensure that we, our advisors and consultants better reflect Facebook’s values and culture.

Thank you for sharing this, Elliot.

I want to be clear that I oversee our Comms team and take full responsibility for their work and the PR firms who work with us. I truly believe we have a world class Comms team and I want to acknowledge the enormous pressure the team has faced over the past year.

When I read the story in New York Times last week, I didn’t remember a firm called Definers. I asked our team to look into the work Definers did for us and to double-check whether anything had crossed my desk. Some of their work was incorporated into materials presented to me and I received a small number of emails where Definers was referenced.

I also want to emphasize that it was never anyone’s intention to play into an anti-Semitic narrative against Mr. Soros or anyone else. Being Jewish is a core part of who I am and our company stands firmly against hate. The idea that our work has been interpreted as anti-Semitic is abhorrent to me — and deeply personal.

I know this has been a distraction at a time when you’re all working hard to close out the year — and I am sorry. As I said at the All Hands, I believe so deeply in the work we do and feel so grateful to all of you for doing so much every day. Thanksgiving seems like the right time to say a big thank you once again.