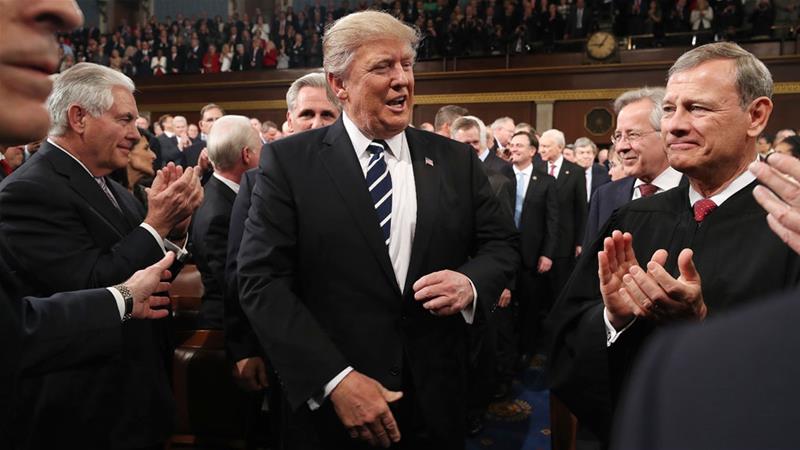 Donald Trump may not be delivering the good he promised to his voters, but that doesn’t matter to them. They are continuing to blindly follow him wherever as they choose to blame Congress for all the problems happening.

As House Democrats have put forth a bill to force the president from office if he is found to be mentally or physically unfit. Viewers of shows like the “West Wing” or “24” may be familiar with the 25th Amendment, but everyone will soon be getting an education on it.

The bill was introduced in April, but after the president’s recent weekend tweet fest, the bill has gained steam.

“Given Donald Trump’s continued erratic and baffling behavior, is it any wonder why we need to pursue this legislation?” asked Rep. Darren Soto, D-Florida, a co-signer. “The mental and physical health of the leader of the United States and the free world is a matter of great public concern.”

.@RepRaskin Hey what's that 25th Amendment legislation you're working on? Track me down when we get back next week. Cc:@realdonaldtrump https://t.co/B1FlwFDPhK

If successful, the law would create an 11-member bipartisan commission known as the Oversight Commission on Presidential Capacity, which would medically examine the president and evaluate his mental and physical faculties.

The 25th Amendment has been invoked a few times in the past when presidents have had to be sedated for medical procedures.

In July 1985, for example, then-Vice President George H.W. Bush was acting president for about eight hours when President Ronald Reagan underwent a procedure to have a precancerous lesion removed from his colon.

And Dick Cheney was twice acting president during the administration of President George W. Bush: first in June 2002, for about 2½ hours, when Bush underwent a colonoscopy, and again for about two hours in July 2007, when Bush had five non-cancerous colon polyps removed. 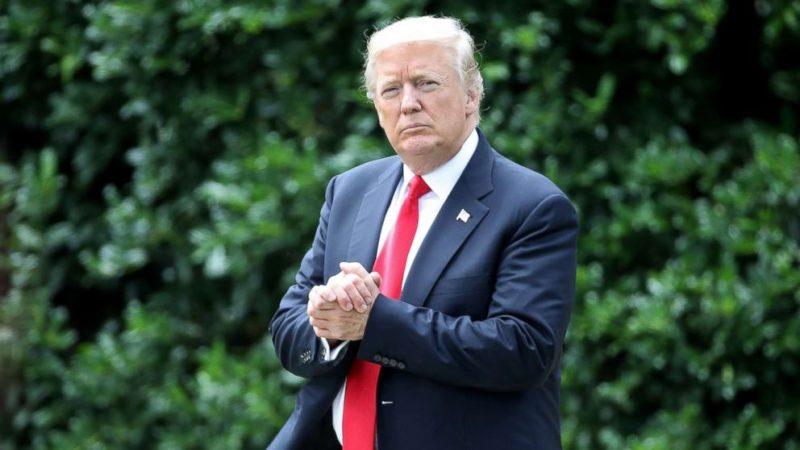 In firm control of the federal government, President Donald Trump and his Republican Party have so far failed to deliver on core campaign promises on health care, taxes, and infrastructure. But in New York’s Trump Tower cafe, the Gentry family blames Congress, not the president.

Like many Trump voters across America, the Alabama couple, vacationing last week with their three children, says they are deeply frustrated with the president’s GOP allies, faulting them for derailing Trump’s plans. As the family of five lunched in Trump Tower, Sheila Gentry offered a pointed message to those concerned with the GOP’s ability to govern five months into the Trump presidency.

“Shut up. Get on board. And let’s give President Trump the benefit of the doubt. It takes a while,” said the 46-year-old nursing educator from Section, Alabama.

“They just need a good whoopin’,” said her husband, Travis Gentry, a 48-year-old engineer, likening congressional infighting to unruly kids in the back seat of the car.

As Washington Republicans decry Trump’s latest round of Twitter attacks, Republicans on the ground from New York to Louisiana to Iowa continue to stand by the president and his unorthodox leadership style. For now at least, rank-and-file Republicans are far more willing to blame the GOP-led Congress for their party’s lack of progress, sending an early warning sign as the GOP looks to preserve its House and Senate majorities in next year’s midterm elections.

Inside and outside the Beltway surrounding the nation’s capital, Republicans worry their party could pay a steep political price unless they show significant progress on their years-long promise to repeal and replace Democrat Barack Obama‘s health care law. Even more disturbing, some say, is the Republican Party’s nascent struggle to overhaul the nation’s tax system, never mind Trump’s unfulfilled vows to repair roads and bridges across America and build a massive border wall.

“It’s a problem for Republicans, who were put in place to fix this stuff. If you can’t fix it, I need someone who can,” said Ernie Rudolph, a 72-year-old cybersecurity executive from suburban Des Moines, Iowa.

There is no easy path forward for the Republican Party.

The nonpartisan Congressional Budget Office predicts that health care legislation backed by House and Senate Republican leaders – and favored by Trump – would ultimately leave more than 20 million additional Americans without health care while enacting deep cuts to Medicaid and other programs that address the opioid epidemic. In some cases, the plans would most hurt Trump’s most passionate supporters.

Just 17 percent of Americans support the Senate’s health care plan, according to a poll released last week, making it one of the least popular major legislative proposals in history.

The president on Friday injected new uncertainty into the debate by urging congressional Republicans simply to repeal Obama’s health care law “immediately” while crafting a replacement plan later, which would leave tens of millions of Americans without health care with no clear solution.

That shift came a day after several Republicans in Congress condemned Trump’s personal Twitter attack against MSNBC hosts Mika Brzezinski and Joe Scarborough, which was viewed across Washington as an unwanted distraction in the midst of a sensitive policy debate.

Trump’s nationwide approval rating hovered below 40 percent in Gallup’s weekly tracking survey, even before the tweet. At the same time, just one in four voters approve of Republicans in Congress, Quinnipiac University found.

Democrats, meanwhile, report sustained energy on the ground in swing districts where Republicans face tough re-election challenges. Democrats need to flip 24 seats to win the House majority next fall, a goal that operatives in both parties see as increasingly possible as the GOP struggles to govern.

In Iowa’s Adair County, GOP Chairman Ryan Frederick fears that Republican voters will begin to lose confidence in their party’s plans for taxes, infrastructure and immigration should the health care overhaul fail.

“Everyone I know looks at trying to get Obamacare repealed and says, ‘If we’re making this much of a pig’s breakfast out of that, what are we going to do with tax reform?'” Frederick said.

“We’ve dreamed of killing Obamacare for seven years. And we have the House, the Senate, and the presidency, and we can’t do it?” he continued. “What’s the deal, guys?”

Louisiana Republican Party Chairman Roger Villere bemoans “factionalism” in his party. Intraparty divisions are holding up health care, he says, which in turn keeps the GOP-led government from tackling other priorities.

He’s looking to Trump for leadership.

“He’s the ultimate negotiator,” Villere said. “We’ll see how good he is.”

Back in Trump Tower, Sheila Gentry conceded that Trump’s tweets sometimes make her cringe, but she still has confidence in her president. She can’t say the same for congressional Republicans.

“The Republicans who are in there now that aren’t being very supportive, they’re going to find themselves without a job soon if they don’t step it up,” she said.