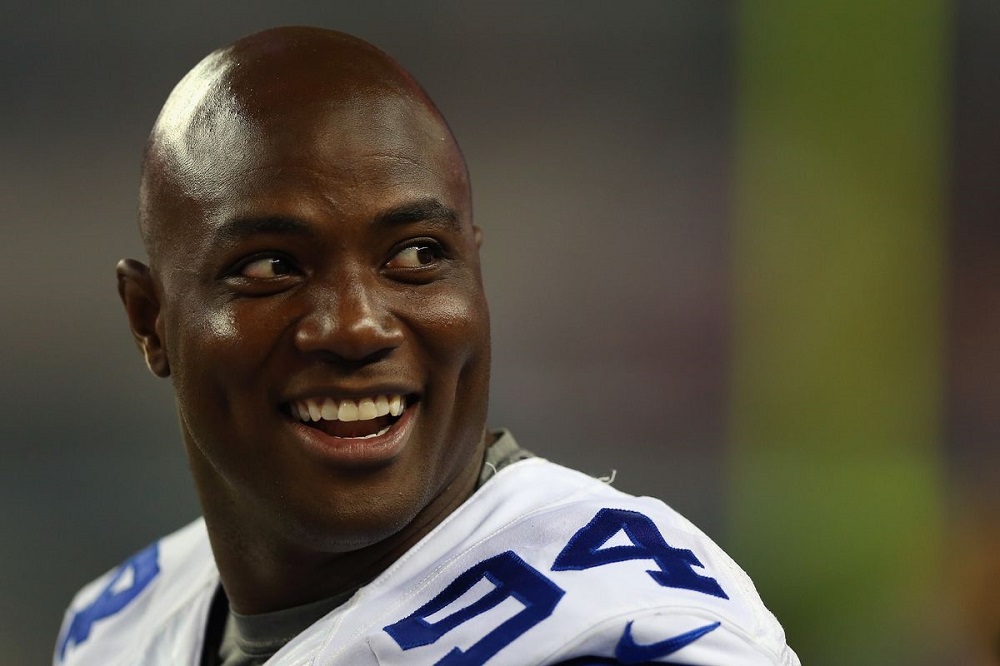 After 12 dominant years of terrorizing quarterbacks, DeMarcus Ware is calling it quits. The sure-fire first-ballot Hall of Fame defensive end finishes his legendary career with 138.5 sacks in 12 seasons, putting him eight on the NFL’s all-time sack list, only one behind Jason Taylor and three behind Michael Strahan, both of whom played 15 seasons.

Ware started off with the Dallas Cowboys, where he holds the franchise record for sacks, and after nine years in Texas, Ware spent the last three seasons with the Denver Broncos, winning Super Bowl 50.

Sadly, football takes a lot out of you, especially when you play at DeMarcus’s level. Ware decided to preserve his future and leave the sport he loves behind.

“You go through so much as a player to keep playing—for me lately, the neck injury, the back injury—and then you correct those things,” said Ware. “And right now, as I stand here, my body feels great. My body feels youthful. There is no question in my mind that I could have played two or three more years. But I’m realistic about it. My body’s good now, but how long will that last? How long can your body hold up at 34, 35, when what you do is likely to hurt yourself?”

The Broncos had a $9 million contract lined up for the sack artist should he have decided to keep going. Playing with Broncos linebacker Von Miller over the past three seasons has certainly made Ware’s job a little easier, but some things are more important than money, and health is one of them. With career-low four sacks last season and six games missed due to back injuries, Ware chose the right time to walk away.

“It’s important for my family, and for my future,” continued Ware. “But the decision was emotional. Very emotional. The ‘R’ word comes out of your mouth…and you get emotional. When you’re playing, you think the NFL’s forever. You think it’s never going to end.”

Watching Ware call it quits on his own terms is something truly awe-inspiring. Some players keep going until their bodies give out. Guys like Tony Romo seem to be heading down that path, and we can only hope it doesn’t result in permanent damage. Others, like Pittsburgh Steelers linebacker James Harrison, appear content to play well into their 40s.

Ware is one of the best to ever play the game. The NFL (and certainly the Broncos defense) will be very different without him.