Home All News Comics News The Death of SJW Marvel: Good or Bad for SJW 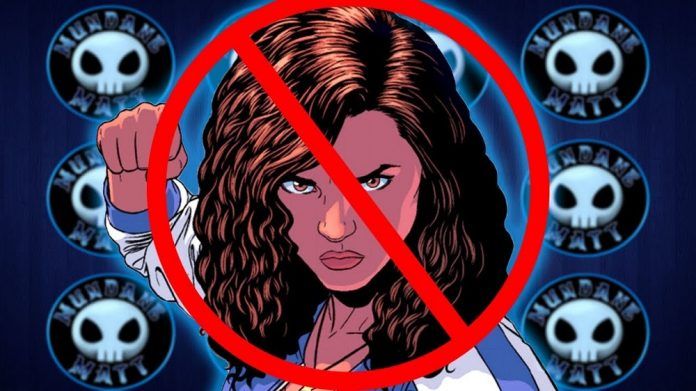 DC is just making a killing in the comics industry with their own back to basics approach, except for heroes still fighting other heroes in some form; with stories like DC Rebirth, Doomsday Clock, and the rocking Dark Knight Metal storylines.

The secret? A lack of politics in their stories, heroes fighting bad guys, solving mysteries, saving the day, providing readers with true escapism which is the whole point of comic books. Marvel, however, provides readers with a window into the real world while telling superhero stories which is actually their strength, when done right. However, Marvel is tanking right now with blow after blow rocking their organizational structure due to lackluster comic book sales and some controversies along the way.

According to some Youtubers I follow and some I don’t, as well as other articles here and there, Marvel is having some difficulty with sales these past years due to plenty of weird decisions and greedy events one after the other. It wasn’t long ago that DC was in the same boat with the New 52. Marvel tried to shake things up with Secret Wars 2015, All New All Different Marvel and super controversial Secret Empire which actually seemed to make things worse despite Secret Wars and Secret Empire being good (but not great) stories.

There was also the Inhumans initiative to replace the X-Men because of the real-world battle with Fox over film rights. Secret Wars also was a product of their feud with Fox resulting in the cancellation of Marvel’s once premier superhero team The Fantastic Four. Secret Wars and All New All Different (ANAD) Marvel sought to reboot the Marvel Universe, but that failed as well. In their struggle to make ANAD actually different, they decided to introduce new characters and replace the old ones at the worst possible time. 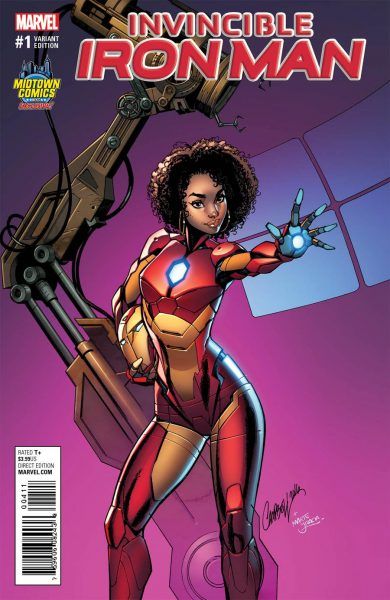 There’s also the controversial decision to replace Tony Stark with black female teen Riri Williams who did not have a compelling backstory. She replicates Tony’s armor, tries it out on some bad guys and voila, a replacement for Iron Man because of—diversity. Let’s also turn Hulk into a woman because Korean Amadeus Cho Hulk doesn’t seem to be working. Let’s give Jennifer Walters, the Sensational She-Hulk, PTSD that turns her into a more monstrous version. It’s quite interesting for sure, but nothing seemed to come out of it. Another feminine push was replacing Logan Wolverine with Laura Kinney (X-23) Wolverine. Also for some reason, someone at Marvel really wants Peter Parker dead and replace him with black Latino Miles Morales. But do they really want to lose the Great Power Great Responsibility tagline? Aside from an actual Savage She-Hulk, another positive note is Latino Robbie Reyes as Ghost Rider who turned out quite awesome.

Marvel did tie their efforts into the cinematic landscape but unfortunately, hurt their sales and their own characters like the X-Men and Fantastic Four. Their wish to not promote these Fox-owned characters resulted in them pushing out mutants in favor of Inhumans with events like Death of Wolverine, Death of X (Cyclops) and Inhumans vs. X-Men. Marvel cancelled Fantastic Four after Secret Wars 2015 just in time for the disaster that was Fant4Stic. Speaking of the X-Men, there was also the decision to make Iceman gay, at least the younger time-displaced Iceman. 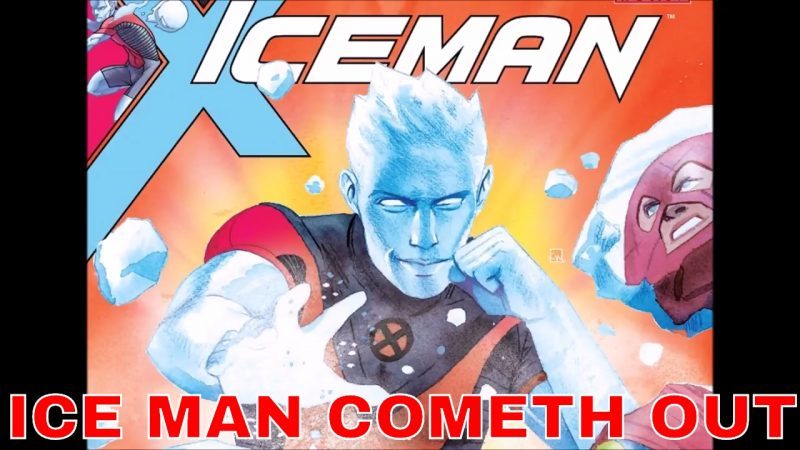 As an older reader knowing Iceman to be playboy straight, I find it quite jarring if just for the sake of representation. Marvel could have gone to market already known gay characters like Northstar or Hulkling as premiere characters instead. Some, however, say that gay Iceman was as poorly written as lesbian Latina hero America Chavez which actually damaged Marvel’s push for representation. These characters did not represent gay people properly. America Chavez was said to be written as a childish racist brat who is the opposite of a proper role model for readers; unless that was what the writer intended.

Then there’s Secret Empire which not only divided Marvel fans but left the rest of the world bewildered as to why Marvel would associate the United States’ foremost freedom fighter with fascism, in light of two successful films which are supposed to result in invigorated sales for the character. Some comic book stores even refused to sell the title and its tie-ins. Though some would say that the story has more in relation to the results of the recent US Presidential election as many view Donald Trump and his associates as being fascist.

So now, due to low sales, Marvel did some real-world shakeups of their own. Much publicized writer Brian Michael Bendis, creator of Jessica Jones and Miles Morales resigned and is headed for DC. Axel Alonso, editor-in-chief was replaced by C.B. Cebulski who had a controversy of his own which is cultural appropriation through using a Japanese pseudonym. In fairness, any anime/manga fanboy in their intense love of the genre can give themselves any pseudonym they want, unless it truly offends the Japanese themselves. Dan Slott was removed from his longstanding run in Amazing Spider-Man. His story One More Day, which erased Spider-Man’s wedding with Mary Jane Watson in order to keep the ancient Aunt May is reviled amongst comic book fans. Plus, Dan Slott and Secret Wars writer Nick Spencer have a nasty habit of antagonizing comic book readers in social media. Readers that Marvel comics need.

I’m not opposed to shaking things up and making changes to include diversity and social justice. But they have to be timed properly and done right. Who doesn’t appreciate a good story like Avengers: Disassembled, House of M and the first Civil War? Many actually like Jane Foster Thor and Miles Morales Spider-Man. 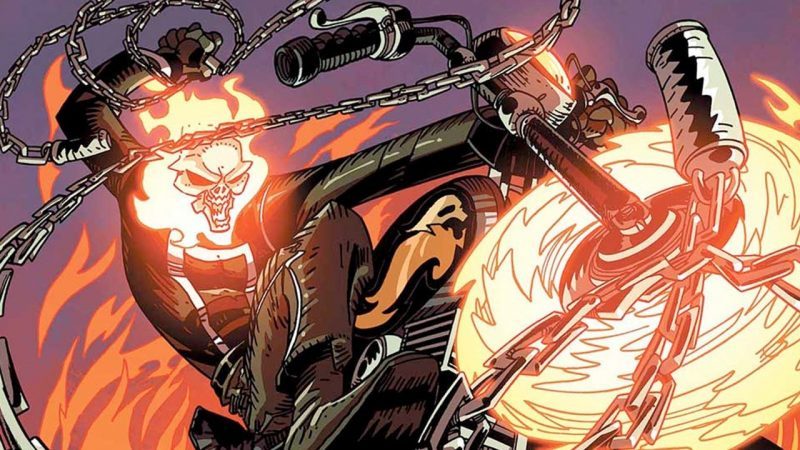 I like the Robbie Reyes Ghost Rider and didn’t mind him having the limelight in Secret Wars: Ghost Racers. There are those who liked Falcon as Captain America. As long as diversity and social justice are written well in comics, there’s no problem with writing them in. Racial oppression, diversity and representation were actually handled well by the X-Men books which Marvel, unfortunately, wanted to snuff out in favor of better-off-as-supporting characters like the Inhumans. From a marketing standpoint though, replacing old characters in favor of representation especially when they’re selling cinematically can be seen as a wrong move.

Marvel is already racially, gender and religiously diverse without having to push things. Marvel already has a great roster of female characters leading or included in its many teams such as Captain Marvel, Storm, the Invisible Girl, Rogue, and Jean Grey. While it was a good idea to have an all-woman team like A-Force, it didn’t translate well into sales. 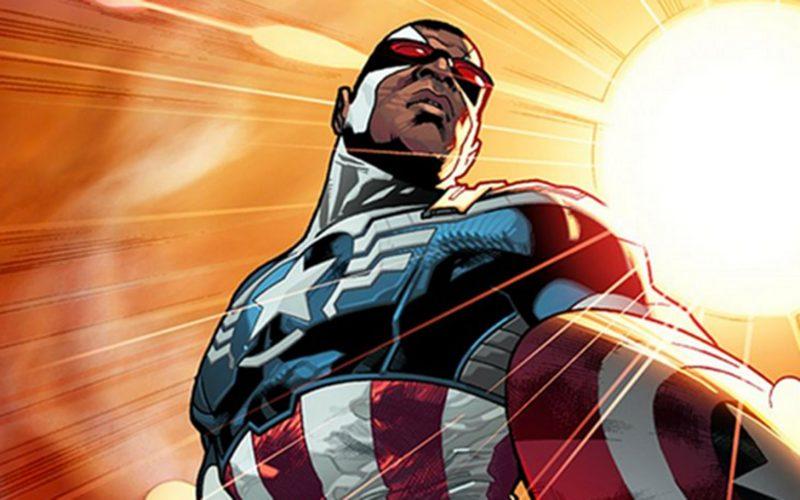 There was no need to turn Captain America black as they simply needed to market Black Panther or Falcon as great characters especially with the Black Panther movie coming up. Luke Cage has a good Netflix series, and he’s also marketable. There’s also Storm, Misty Knight and Monica Rambeau (former Captain Marvel). Among Asians, there’s Shang Chi master of Kung Fu, the mutant Sunfire, Amadeus Cho, Cindy Moon, Jubilee, and Psylocke. LGBT characters include New Mutant Karma, the mutant Destiny, Runaway Karolina Dean, Power Pack’s Julie Power, SHIELD’s Victoria Hand, Alpha Flight’s Northstar, Deadpool (yes, Deadpool) and Young Avenger’s Hulkling and Wiccan. Among Muslims, there’s the mutant Dust and the Inhuman Kamala Khan (Ms. Marvel). Guess religion isn’t represented much in Marvel except for Norse mythology and Judeo-Christianism. But as many fans say, there was no need to turn Iceman gay or Tony Stark into a Smurf or Thor into a woman. There could be, gender-bending is still a thing, but again, it has to done and timed right.

So now we come to Marvel cancelling some titles which include SJW lines like Luke Cage, Defenders and America Chavez. Other titles include Captain Marvel, The Unbelievable Gwenpool and Generation X. Miles Morales is also taking a backseat because Peter Parker is back as classic Spider-Man. Falcon returns his title to Steve Rogers though there’s not much news if Amadeus Cho will give up the Hulk mantle. I was sort of disappointed with him as the Hulk being easily subdued with his fellow Champions in the Secret Wars event. Fortunately, the back to basics program includes the return of the Ultimates Universe thought to have been destroyed in Secret Wars. Many fans love the Ultimates Universe. The X-Men books have recently come back, and classic characters like Wolverine, older Jean Grey and older Cyclops are returning. Hopefully, they’ll cover social justice issues subtly like before.

Marvel may be actively stopping its progressive SJW campaign or probably not, but it’s clear that its attempting to go back to basics like DC. Less politics and more on heroics. Heroes fighting bad guys. Heroes saving people and hunting things that hurt other people. Heroes saving the world and not mired racial issues, or in pushing their relevancy when they’re already relevant. It’s fortunate that Marvel Comics has Disney and the MCU films as brand capital otherwise, the publication again has bankruptcy to deal with.