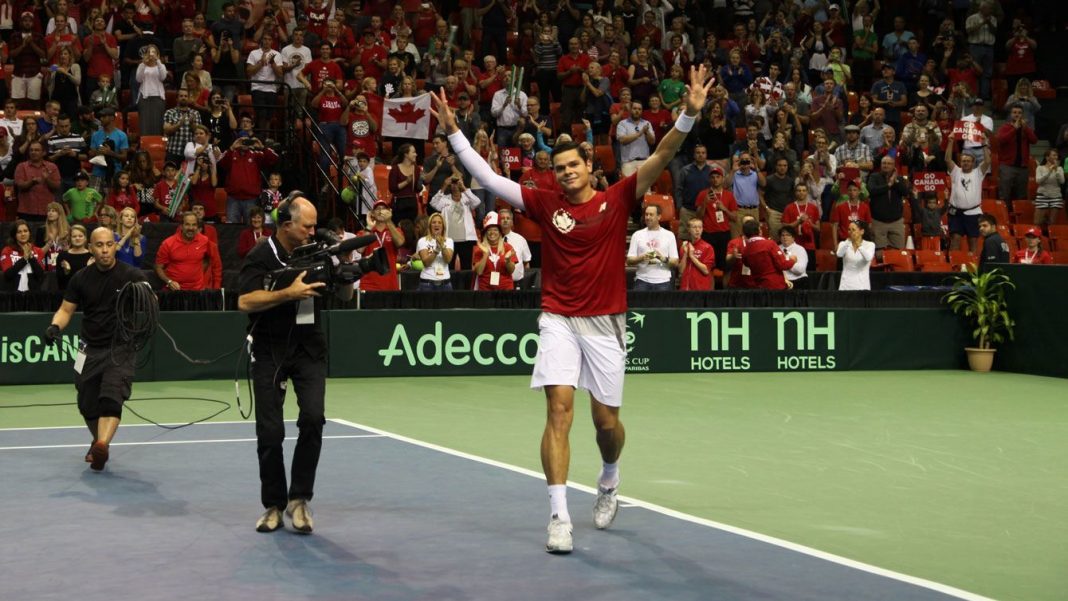 The first round of the 2015 Davis Cup was completed on Monday as Argentina, following suspension of play on Sunday, defeated the Brazilian side 3-2. That leaves eight countries in contention for the 2015 title and those nations are listed below. Serbia, as they were prior to the start of the first round, remains the betting favorite to win the event outright.

Here’s a look at the current betting odds:

The Serbs remain the clear favorites in the minds of many with Novak Djokovic and Viktor Troicki leading the way. It could be added that the Serbs could get even tougher if Janko Tipsarevic, a former Top 10 player that is currently sidelined, returns from injury playing well later this season. His addition to the Serb ‘roster’ could give his country extra added depth that would solidify their status as favorite.

But if there is a hang-up with the Serbs it has to do with WHEN the quarterfinal round of the 2015 Davis Cup will be played. That stage of the event is scheduled for July 17th to July 19th, a time that follows dangerously close to the conclusion of Wimbledon. 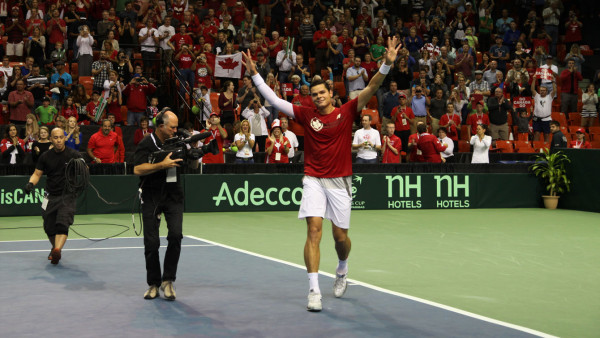 If Djokovic, twice a champion at the All England Club, is pushed to tough matches in the final rounds of Wimbledon 2015 he might not be at full fitness for Davis Cup action. A lot of elite players will not risk themselves in Davis Cup matches unless they feel as though they are at 100%. Perhaps those that are cheering against Serbia in Davis Cup might be cheering for Djokovic during the grass court season: the more matches he plays in the weeks ahead of the quarters the more likely he will be in need of rest when July 17th rolls around.

France, as the second favorite, cannot be called over-rated. The French finished second last season and they have so many proven players that could be called upon to win matches. Currently Jo-Wilfried Tsonga, Gilles Simon, Gael Monfils, Richard Gasquet, Julien Benneteau, Jeremy Chardy, and Adrian Mannarino are all ranked in the Top 50. Although France, unlike Serbia, Canada, and Great Britain, does lack a current Top 10 player the French do have amazing depth. Furthermore they also have four former Top 10 players in Tsonga, Simon, Monfils, and Gasquet – all of which are capable of staying on court with anyone on tour.

Canada, as the third favorite, might be a little over-rated. The Canadians, even though they will be on the road, do look as though they will beat Belgium in the quarters, a country with only David Goffin to rely on in the clutch. However Pospisil is a questionable #2 for Canada and Frank Dancevic, the Canadian #3, is not someone that can be counted on to win a big match. In the end, Milos Raonic may have to carry too big of a load for the Canucks, a country who has an okay – but not stellar – one-two punch.

Argentina, currently considered the fifth favorite, has the daunting task of taking out of the Serbs in the quarters. However that is something that they may be able to do if a couple things go their way.

The Argentines, who squeaked out a victory in the first round, could nominate a better team than the one they had in Buenos Aires over the last weekend. Juan Martin del Potro, even though he is currently ranked just 618th, remains as one of the best players on tour that could receive nominations to play in future Davis Cup matches this year. Furthermore, Juan Monaco remains in the Top 50 and he could be judged as a slightly better player than Serbia’s Viktor Troicki. Currently priced at 10 to 1, the Argentines might shorten those odds in the months ahead.

Great Britain has Andy Murray on their side but then again – maybe they won’t. Murray has played such strong tennis at the All England Club over the course of his career that he could face a problem in the quarters of the Davis Cup, a round that will be played just days after the Wimbledon final. Similarly to Djokovic, Murray, if he does well in England during the grass court season, might not be at 100% in the days following Wimbledon and other grass court tournaments such as Queen’s Club.

Kazakhstan and Belgium are the two sides that have virtually no chance to win the 2015 tournament. The former has overachieved just in making the quarters. The latter found themselves matched up against an inadequately manned Swiss side, with Stan Wawrinka and Roger Federer both apathetic.

At the end of it all, I think the following statement best captures the state of the current 2015 Davis Cup. Serbia is the favorite so long as Djokovic is interested and able to represent his side however the French are the team with the best depth. Accordingly, the Serbs are vulnerable should they lose just one key player while it would take numerous injuries or fatigue-related problems for the French to have to resort to fringe players.

Betting recommendation: 3 to 1 on the French is the safest bet at this point.