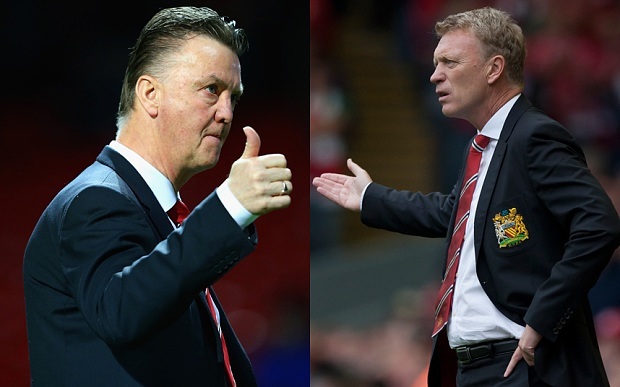 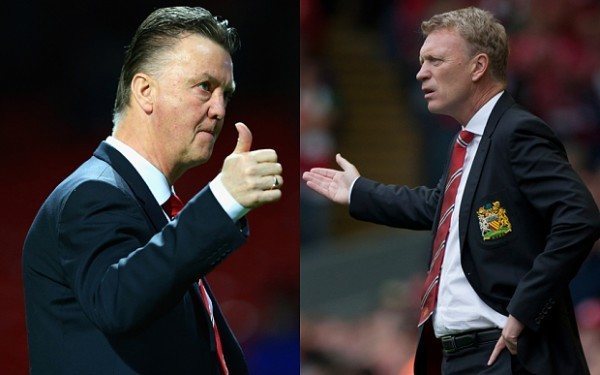 The former Manchester United manager has come to the defense of Louis van Gaal and stated that the United hierarchy should give the Dutchman more time to turn it around.

According to David Moyes, Manchester United are still involved in the Europa League and the FA Cup. They can still mathematically finish within top four, and thus, the English giants need not hit the panic button. Moyes signed a six-year contract with the 20-time English champions, but he was sacked after 10 months as his team failed to qualify for the Champions League.

“I was disappointed when I lost my job after 10 months. Manchester United have always stood for much greater things than sacking their managers regularly. I don’t think they should.”

The former Everton and Real Sociedad boss believes that United can go through to the next round in the Europa League despite losing 2 – 1 to Midtjylland on Thursday.

“They’ve got a second leg [against Midtjylland] to come. Everybody’s talking about the midweek performance; they can win the second leg and go through,” he added

“They’ve got Shrewsbury in the Cup and can go through. He’s still in the competitions; they’re not out of them.

The Red Devils face Shrewsbury in the fifth-round of the FA Cup on Monday. A majority of United faithful are calling for the removal of Van Gaal as neither the performances nor the results have been convincing so far.

Manchester United have 14 players out injured, and they also have a tough fixture against Arsene Wenger’s Arsenal coming up. Van Gaal’s challenges in the English league are getting harder each week.

It will be a big risk for the United board to sack Van Gaal in the middle of the season. Mourinho wouldn’t be very thrilled to take over the club halfway through the season. It is also believed that the Manchester United assistant manager Ryan Giggs has refused to become the interim manager at the club for the second time.

Jose Mourinho’s arrival at Old Trafford seems inevitable at this point, but the United hierarchy can’t afford another season without Champions League football. If the results don’t improve soon, Ed Woodward will surely contemplate announcing Mourinho’s appointment to calm the unrest within the Old Trafford faithful.