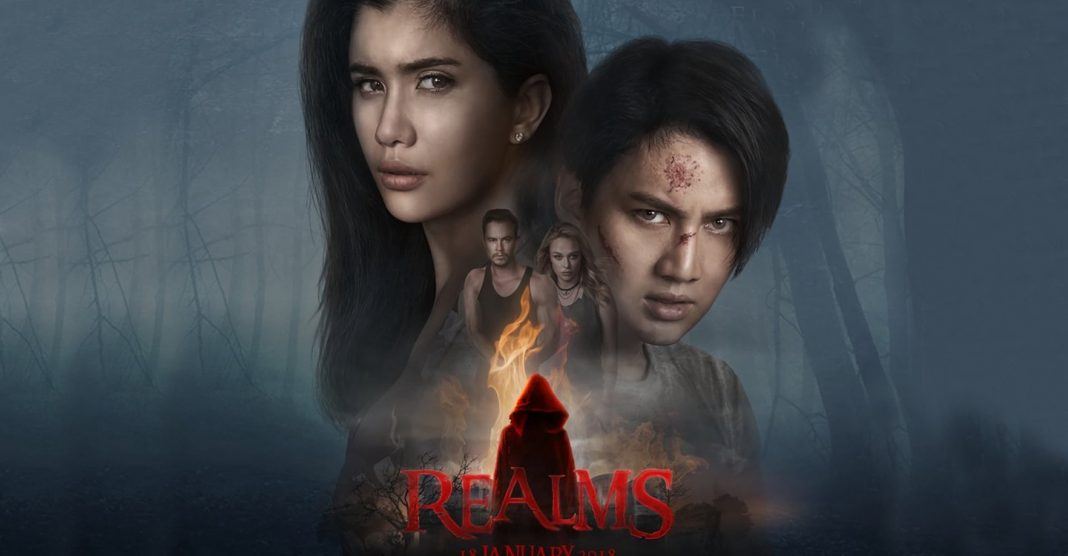 In the movie industry, there are always way more flops than hits, and this year’s lowest grossing film (read biggest flop at the box office) was Daric Gates’ 2018 film “Realms.”

The film is described as a Supernatural/Horror set against the backdrop of Bangkok, Thailand. After a high-speed police chase leads to an unexpected crash, two American bank robbers and their three local hostages take shelter in a mysterious manor in the woods. As the criminals plot their next move and the hostages try to escape, they begin to realize no one is safe from the evil lurking inside the house.

“Realms” starred Ryan Kelley known for his recurring role on MTV‘s “Teen Wolf” and Madison McKinley. Director Daric Gates lists that he is most known for his work on “Friday Night Lights” where he served as a production assistant. He has also directed the 2014 film “The Appearing” which like his “Realms” didn’t even make it onto Rotten Tomatoes website and scored a lower users score than “Realms.” So at least Gates works is showing improvement going from a 3.1 rating to 4.6 on IMDB.

The films widest release was on 3 screens where it earned $147 for one week. This is normally required in an actors contract so the production company sticks it into a theater to satisfy that. Usually, it’s just one theater, but they tried 3 which averages $36 per screen.

Viva Pictures “The Legend of Hallowaiian” and Magnolia’s “Higher Power” bested “Realms by earning $451 and $528.

Gates is currently working on “Book of Rocko” which is listed in pre-production on IMDB, and we can only wish him the best of luck on his next project.

Some of the major films that were complete box office bombs include “Mortal Engines” with a budget of $100 million with box office tickets of $61.9 million and Steve Carell’s “Welcome to Marwen” which cost $50 million and has only brought in $7.8 million. Daric Gates can take some solace with those numbers at least.